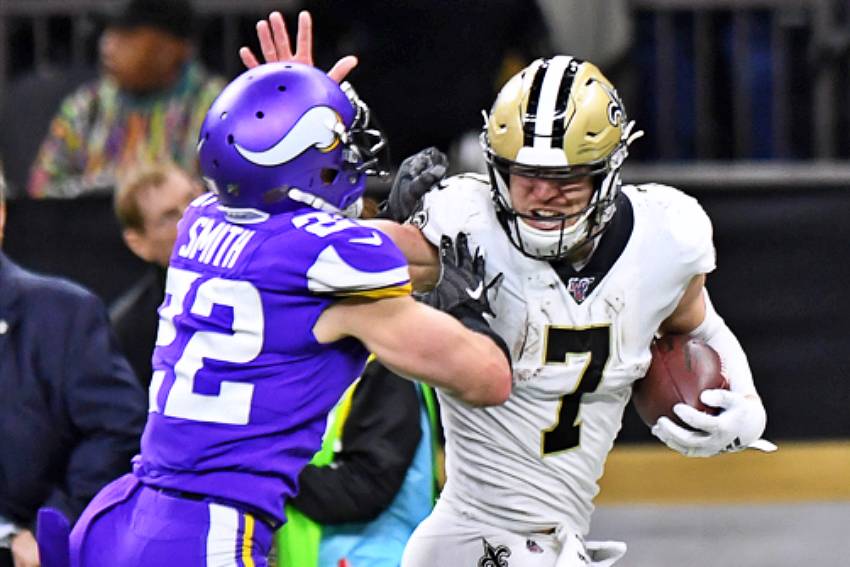 The NFL returns to London with quarterback Kirk Cousins and the Minnesota Vikings facing quarterback Jameis Winston and the New Orleans Saints on Sunday, October 2 at 8:30 AM CT from Tottenham Hotspur Stadium EXCLUSIVELY on NFL Network and NFL+.

Vikings-Saints will also be available on local broadcast stations in Minneapolis (KSTP) and New Orleans (WWL). Fans can also stream the game through NFL digital properties across devices (NFL.com and the NFL app), NFL Network distributors’ apps and sites, and on phones with NFL+. Live game audio will be broadcast nationally by Westwood One, and caried on SiriusXM, the NFL app and NFL.com. For a full list of viewing options, fans can visit NFL.com/watch.

Wolfe, Warner and McGinest provide coverage during halftime of Vikings-Saints and postgame.

For fans on the go, all NFL Network programming can be streamed live through the NFL app and NFL Network app on smartphones, tablets, PCs and connected TV devices (Amazon Fire TV, Android TV, Apple TV, Roku and Xbox One). Access is available for NFL Network subscribers of participating TV providers. For more information, go to NFL.com/nflnetwork.