Late surge not enough for UNO to surpass The Citadel 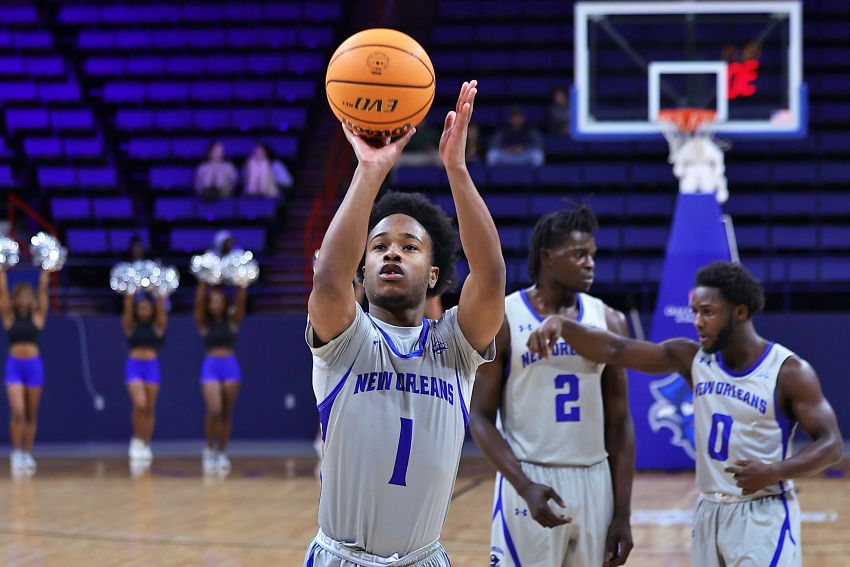 NEW ORLEANS, La. – The University of New Orleans men’s basketball program had a late surge in the first half, but it was not enough to hold off the Citadel in a 72-65 loss Wednesday afternoon at Lakefront Arena.

Jordan Johnson led UNO (1-3) with a season high 17 points to go along five rebounds, three assists and one steal against The Citadel (3-2).

“We had the energy going into the half, but we became complacent, which led to the results. When we are patient and actually swing the ball, I think we can compete with the best,” said Johnson.

“We have to learn how to finish– finishing the game, finishing possessions on both sides of the court. We need to be a little bit sharper in our execution. We missed six layups. Defensively, we needed to get more stops, and get the rebounds. We allowed them six offensive rebounds int he second half. Those things allowed them to get the lead back. We needed to pay more attention to detail.”

INSIDE THE BOX
This was Khaleb Wilson-Rouse’s and Tyson Jackson’s third consecutive matchup with double-digit scoring outputs. Wilson-Rouse put up 13 points, three rebounds, four assists and two steals, while Jackson had ten points and four rebounds.

Simeon Kirkland led the squad in rebounds with seven and added nine points. K’mani Doughty continued to be a force for the Privateers off the bench with seven points and made all four shots from the charity stripe.

Five Privateers had two steals apiece against the Bulldogs. UNO shot 33% from the field, 25% from the arc, and 80% from the free-throw line. Ten Privateers were in the rotation this afternoon and nine scored.

HOW IT HAPPENED
The Privateers got off to a slow start allowing the Bulldogs to jump out to a 9-1 lead in just over three minutes of play. At the seven-minute mark of the first half, Jackson hit a jumper that tied the game at 22. The Privateers extended their advantage to a six-point lead to enter the half up 35-29.

In the second half, a good layup by Austin Ash, who led the Bulldogs with 19 points, knotted the score at 39.

Following a pair of lead changes, The Citadel with the help of three three-pointers by Ash were able to gain control of the lead for good. UNO closed the gap to three but could never complete the comeback against the Bulldogs, coached by former Tulane head coach Ed Conroy.

UP NEXT
New Orleans will return to homecourt tomorrow for their second matchup in the Big Easy against IUPUI at 2 p.m. CT. Denver defeated IUPUI 86-64 in today’s 4 p.m. matchup.

The game will be broadcast nationally on ESPN + and can be heard on NASH ICON 106.1 FM. The Voice of the Privateers, Jude Young, will be joined on color by Tic Price. To purchase tickets, visit unoprivateers.com/tickets.