Memorable Baseball Games in the Superdome: Pelican Cup takes shape under the roof in 1981 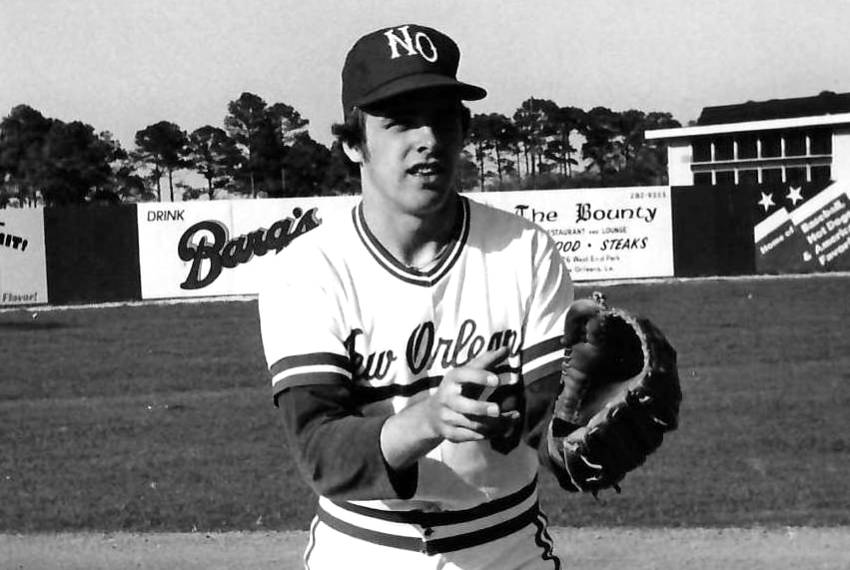 The primary impetus for building the Louisiana Superdome in the early 1970s was a new home for the New Orleans Saints. The “father” of the Superdome Dave Dixon also envisioned the facility would be home for NBA and MLB franchises. He had the foresight to ensure the design for the stadium included configurations to accommodate baseball and basketball games in addition to football. After numerous attempts to entice a major league team to New Orleans, city and state officials struck out in attracting a big-league team. That’s not to say the Superdome didn’t host baseball games. During 1976-2003, major-league exhibition games, a minor league team’s regular-season games, and college games were played in the domed facility. Over the next few weeks, we’ll highlight some of these memorable baseball games.

Tulane and University of New Orleans were boasting nationally-ranked baseball programs in 1981 when the two schools played in the inaugural game of the Pelican Cup series in the Louisiana Superdome.

Only a few days earlier, the Superdome had hosted a major-league exhibition series with the New York Yankees facing the Pittsburgh Pirates, New York Mets, and Philadelphia Phillies, averaging 25,000 fans per game. Superdome promoters hoped to match those crowd sizes forth the Pelican Cup, but the game fell short in drawing a comparable crowd.

Still, 12,342 fans were treated to a thrilling game decided by UNO’s walk-off home run in the ninth inning.

Ron Maestri’s UNO squad, 28-6, was ranked 14th nationally, while Joe Brockhoff’s Tulane charges, 20-7, were ranked 22nd in the nation. The two schools were meeting for the 23rd time, with Tulane leading the series, 13-9. Their game on April 3 was the first of the Pelican Cup series that is still played today on the respective campuses.

At the time, NCAA staff said they did not maintain official attendance records of regular-season college baseball games. Superdome officials had prepared for a crowd of 25,000, which was more than double the attendance of even the best baseball programs in the country drew. With admission for the game only one dollar, Brockhoff had no doubt fans would get their money’s worth. He told the Times-Picayune, “As far as intensity, quality teams, and the place you play, the combination of those three makes this game one of the best games around.”

Both coaches were expecting a high-scoring game, partly because neither team had a dominant pitcher as in recent years, but also because the Superdome featured a fast artificial turf and an environment where balls could quickly leave the field.

Oddly, UNO hosted a game against Cornell on its campus earlier in the day, but it was because the game had been scheduled before the Pelican Cup contest was arranged in the Dome.

Unbeaten (5-0) freshman Brian Migliore drew the starting pitcher assignment for the Green Wave, while Ronn Dixon took the hill for the Privateers.

Errors ruled the night for both teams. UNO took a 5-1 lead after four innings, largely due to Tulane’s four miscues in the field. Migliore settled in and held UNO scoreless for the next four innings. Meanwhile, the tide turned on the Privateers. The Green Wave managed to score two runs in the eighth and three in the ninth to take the lead, 6-5. Three of Tulane’s the five runs were unearned due to four Privateer errors.

In the bottom of the ninth, Migliore struck out the leadoff batter and then retired Howie Brodsky on a fly out. After walking Gary Morlas on four pitches. UNO shortstop Augie Schmidt followed with a walk-off home run to the shortest part of left field to secure the Privateers’ win, 7-6.

Tulane leftfielder Reggie Reginelli tried to appeal to the umpire that a fan had interfered on Schmidt’s home run by reaching out and touching the ball before it cleared the fence, but his plea went on deaf ears.

Migliore told the Times-Picayune that he felt he had to challenge Schmidt after falling behind on the count. “I just made a bad pitch,” he said.

UNO’s Dixon turned in a credible pitching performance, yielding only three hits and two earned runs in seven innings. Paul Mancuso got credit for the winning decision with a relief appearance in the eighth.

It was the fourth time during the season that Tulane lost a game with a one-run lead going into the ninth inning. A dejected Brockhoff said, “I’m beginning to believe we are snake-bitten.

Tulane finished the season with a 37-26 record, while UNO compiled a 48-16 record that earned them a berth in a Division I Regional for the third consecutive year.

Schmidt, who had also homered in the earlier game against Cornell, would go on to win the Golden Spikes Award in 1982 as the nation’s top college player and was a first round pick (second overall) in the 1982 MLB Draft by the Toronto Blue Jays.

For the next three seasons, Tulane and UNO returned to the Superdome for Pelican Cup re-matches.