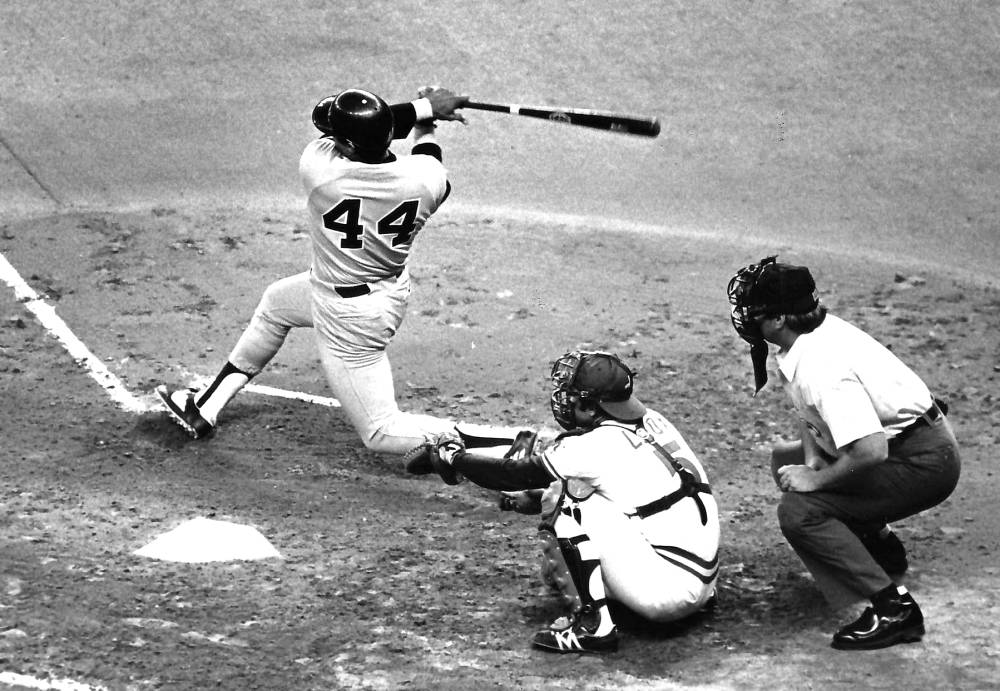 The primary impetus for building the Louisiana Superdome in the early 1970s was a new home for the New Orleans Saints. The “father” of the Superdome Dave Dixon also envisioned the facility would be home for NBA and MLB franchises. He had the foresight to ensure the design for the stadium included configurations to accommodate baseball and basketball games, in addition to football. After numerous attempts to entice a major league team to New Orleans, city and state officials struck out in attracting a big-league team. That’s not to say the Superdome didn’t host baseball games. During 1976-2003, major-league exhibition games, a minor league team’s regular-season games, and college games were played in the domed facility. Over the next few weeks, we’ll highlight some of these memorable baseball games.

The Superdome held its first major-league exhibition series in 1976 to showcase the shiny new stadium to prospective MLB owners and officials, with the hopes New Orleans could attract a franchise. Four years later the city was still pitching its famed domed stadium to potential owners. On March 15-16, 1980, major league baseball returned to the Superdome which hosted a two-game series between the New York Yankees and Baltimore Orioles. It would be the first of four consecutive years New York came to the city.

The Yankees had prior history with New Orleans. The club used the city as its spring training site from 1922-1924. The Yankees came to New Orleans in 1948 to play the Pelicans in a two-game exhibition series. The New Orleans Pelicans were a Double-A minor-league affiliate of the Yankees in 1957 and 1958. Yankees owner George Steinbrenner had an affinity for Louisiana through his relationship with legendary Grambling football coach Eddie Robinson. Steinbrenner donated part of his team’s proceeds from the Superdome exhibition series to the university.

Baltimore, under manager Earl Weaver, was coming off an American League pennant in 1979, while the Yankees ended with a disappointing fourth place in the American League East after winning the World Series the year before. When the Yankees decided not to bring Billy Martin back for the 1980 season, Dick Howser was named the new skipper.

A crowd of 45,152 attended the first game of the series. At the time, it was a record for a baseball game in New Orleans. With the crowd shouting “Reg-gie, Reg-gie,” Yankees slugger Reggie Jackson provided the highlight of the game when he hit a line-shot home run off Orioles pitcher Jim Palmer in the second inning.

The Orioles got on the scoreboard first in the top of the second inning, when Al Bumbry had a base-loaded infield hit that scored Gary Roenicke. Jackson hit his game-tying solo home run in the bottom half of the frame and the Yankees went ahead, 2-1, when Oscar Gamble, who had doubled, scored on an error by the Orioles on a ball hit by Eric Soderholm.

All the rest of the scoring for both teams occurred in the fourth inning.

In the top of the fourth with Mike Griffin pitching for the Yankees, Billy Smith singled, followed by walks to Rick Dempsey and Mark Belanger. Ken Singleton singled in two runs to give the Orioles a 3-2 lead.

In the bottom of the fourth, Jackson almost got the best of Palmer again, sending outfielder Roenicke to deep left-center on a long drive that fell short of the fence. After Gamble flew out, Palmer hit Jim Spencer, followed by Soderholm who reached base a second time on an Orioles miscue. Palmer loaded the bases with a walk. Brad Gulden doubled to score two runs to give the Yankees the lead again. Bobby Brown hit an infield single that scored Gulden. With the bases loaded, Bobby Murcer cleared them with a double. Jim Spencer added a solo home run for good measure. The final score was 9-3.

In the second game of the series the next day, popular Louisiana native Ron Guidry was the starting pitcher for the Yankees. But he didn’t fare well for the hometown crowd, as he was chased with four runs in the first inning. The Orioles went on to a 7-1 thrashing of the Yankees in front of 43,399 fans.

After the first game, Steinbrenner was favorable about what he saw in the Superdome. On the prospects of New Orleans acquiring a major-league franchise, he said, “You look out and see 45,000 people coming to an exhibition game, and not just coming out, but the attitude of the people, talking baseball, wearing caps…baseball is making a big mistake if they didn’t put a franchise in here.”

In response to a report to major-league owners several years earlier that the Superdome was not suitable for baseball, Steinbrenner added, “Last night was the first time I ever saw a baseball game indoors, and I couldn’t believe I was indoors. I don’t know how anybody could not like the idea of putting a team in New Orleans.

But Steinbrenner’s sentiments didn’t carry over to other prospective owners of a team in New Orleans. The city continued to host major-league exhibition games up until 1999, but without success in gaining a commitment. Ultimately, the Superdome wasn’t the main reason for not attracting a team. There was never a local backer for the team who could take an ownership interest, and there was concern over insufficient economic buying power from the region to support a team over a 162-game schedule.