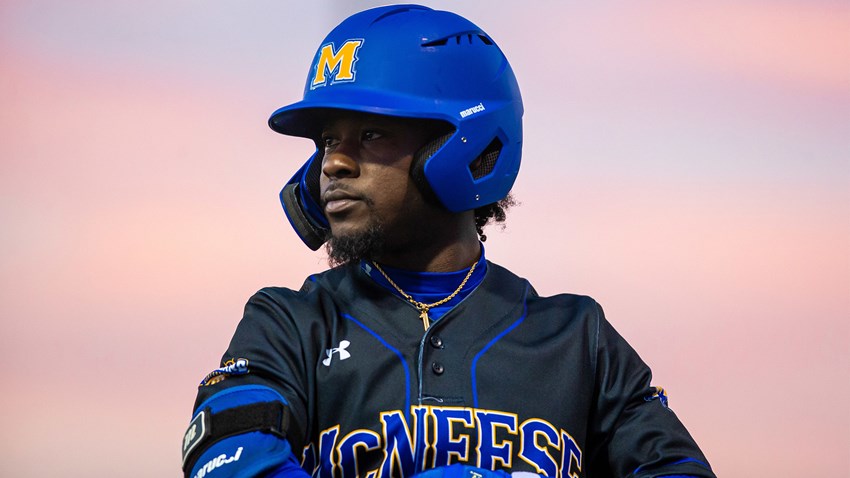 FRISCO, Texas – McNeese’s Payton Harden is the 2022 Southland Conference Baseball Player of the Year, the league announced Monday along with the all-conference teams.

A catalyst from the No. 2 spot in the lineup, Harden led the Cowboys in batting average (.348) and ranked among the top-10 in the league in hits (31) and RBI (22) against conference opponents. He registered 10 multi-hit performances in 22 Southland games, including a career-high five hits against HBU on the final weekend. Harden hit 8-of-14 from the plate with 10 RBI to power McNeese to a sweep of the Huskies and secure the program’s fifth conference title.

New Orleans outfielder Pearce Howard earns Hitter of the Year recognition after pacing the league with 39 hits and tallying the second-most RBI (32) in conference action. A three-time Southland Hitter of the Week, he recorded a team-high 22 two-out RBI on the year. Howard amassed eight three-hit performances in league play, including a series victory over Texas A&M-Corpus Christi in which he finished 11-of-15 at the plate with 11 RBI across the three contests.

Grant Rogers becomes the second-consecutive McNeese hurler to garner Pitcher of the Year honors after finishing in the top-five in opposing batting average (.203), innings pitched (46.2) and wins (four) against conference foes. He finished the league slate 4-2 with a 3.86 ERA and a team-high 37 strikeouts. In an April 1 road start at Nicholls, Rogers tossed seven scoreless frames with five punchouts and just two hits allowed.

When Rogers was done for the day, the ball was likely ending up in the hands of teammate Cameron Foster, who is this year’s Relief Pitcher of the Year after finishing as the league leader in ERA (2.61) in 13 appearances in conference play. The 6-foot-5 righty ranked second in opposing batting average (.192) and hits allowed (20) to league foes. Foster logged a pair of wins and three saves in Southland competition and tallied eight outings of at least two innings.

Making an immediate impact on the bump for Texas A&M-Corpus Christi, Zach Garcia takes home the Freshman of the Year title after going 3-2 in eight starts on the weekend rotation. In 40.2 innings of work, he racked up the third-most strikeouts (42) among Southland pitchers in conference action. Named to the all-league second team, Garcia notched three conference starts with seven strikeouts, including contests against top-two seeds McNeese and Southeastern.

An East Central CC transfer, New Orleans’ Amani Larry is the league’s Newcomer of the Year after posting top-five marks in on-base percentage (.487), OPS (1.087), runs (34), hits (35) and doubles (eight) in his first season with the Privateers. He has played a vital role in UNO’s No. 2 national ranking in double plays per game, accounting for 40 on the year. Larry closed out the regular season having reached base safely in 17-straight games and owns a nine-game hit streak heading into this weekend’s Southland Baseball Tournament.

Justin Hill is tabbed the 2022 Clay Gould Coach of the Year after leading McNeese to its fifth regular-season Southland Conference title and first since 2017. The Cowboys led the way in both slugging percentage (.491) and team ERA (4.39) in conference competition. After a series sweep at the hands of UNO dropped the Pokes to 3-6 in the Southland on April 10, he inspired the squad to respond with a 12-3 mark down the stretch with three series sweeps.

McNeese led the way with nine total all-conference nods, followed by New Orleans and Nicholls each with six. UIW and Texas A&M-Corpus Christi each landed five on the lists, and Northwestern State and Southeastern each accounted for four spots. HBU placed a trio of individuals on the teams.

For the second-straight season, McNeese led the league in all-defensive selections with four. Southeastern placed two on the squad, and representatives from UIW, Nicholls and Northwestern State rounded out the team.

The all-conference teams are nominated and voted on by the league’s head coaches and sports information directors. Voting for oneself or one’s own athletes is not permitted.