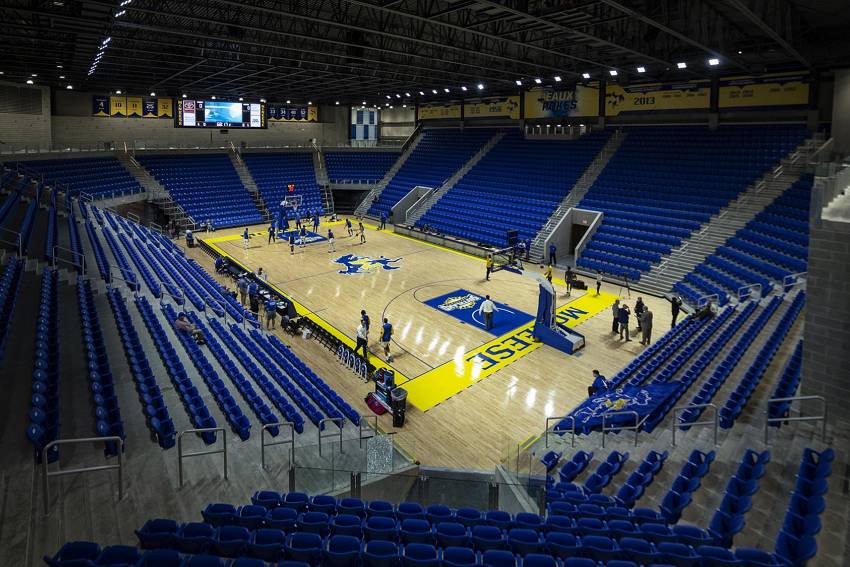 LAKE CHARLES, La. and FRISCO, Texas – McNeese State University, the Southland Conference’s longest serving member institution, has determined it will remain in the NCAA Division I league following a period of membership evaluation. The university and league officials made the joint announcement Tuesday afternoon following considerable review and discussion by university officials and the Southland’s presidential Board of Directors.

As part of the continuing membership, McNeese State and the Lake Charles/Southwest Louisiana community will host numerous Southland Conference championship events from 2023-26, including the Men’s and Women’s Basketball Tournaments, the Baseball Tournament and Softball Tournament. The Southland Conference membership has frequently sought opportunities to assist the regional Lake Area following the devastating landfalls of Hurricanes Laura and Delta in 2020, and these events are planned to provide ongoing economic impact and support rebuilding the Southwest Louisiana community.

“We remain committed to finding a path to FBS Football, and after evaluating several options, and a lengthy discussion with the newly-invigorated Southland Conference leadership team, we are excited about the commitment the SLC has made to the SWLA Community,” McNeese State President Daryl Burckel said. “This agreement better positions us to pursue our goal of becoming an FBS football institution, while providing much needed economic stimulus for our community.”

“By remaining in the Southland Conference, this agreement solidifies our automatic qualifier in all sports,” McNeese State Athletic Director Heath Schroyer said. “By hosting these championships on our campus we are providing our teams with an excellent opportunity to advance to the NCAA tournaments.”

In addition to these four-year runs for events on the McNeese campus, the Southland Conference’s Football Media Day event will return to Lake Charles for the next five years.

“The Southland’s Board of Directors were unanimous in their support of sustaining McNeese State as a valued and trusted member of the league,” Nicholls State University President and Southland Board Chair Dr. Jay Clune said. “Through a process of trust and transparency, university presidents have come together to ensure the league can continue moving forward with additional growth and strength.”

“We are absolutely thrilled to confirm the continuation of McNeese’s longstanding membership in the Southland Conference,” league Commissioner Tom Burnett said. “For a half century, Cowboy and Cowgirl athletics have experienced constant success in the Southland Conference, and we look forward to having McNeese student-athletes continuing to compete for league championships and national acclaim in the years to come. We celebrate and cherish our mutually-beneficial history with this great university, and we thank President Daryl Burckel, Athletic Director Heath Schroyer and the entire McNeese athletic family for their continued faith and interest in the Southland Conference and their fellow member institutions.”

“McNeese’s decision to stay in the Southland Conference is monumental and represents a consensus position which resulted from a collaborative effort with our Board of Directors,” Southland Deputy Commissioner Chris Grant, who has been closely involved in recent discussions and planning, added. “We value the strong working relationships that have been reaffirmed during this process among the conference members. Today’s actions represent the first in a series of steps to expand the conference and ensure we continue to provide an elite student-athlete experience for our membership.”