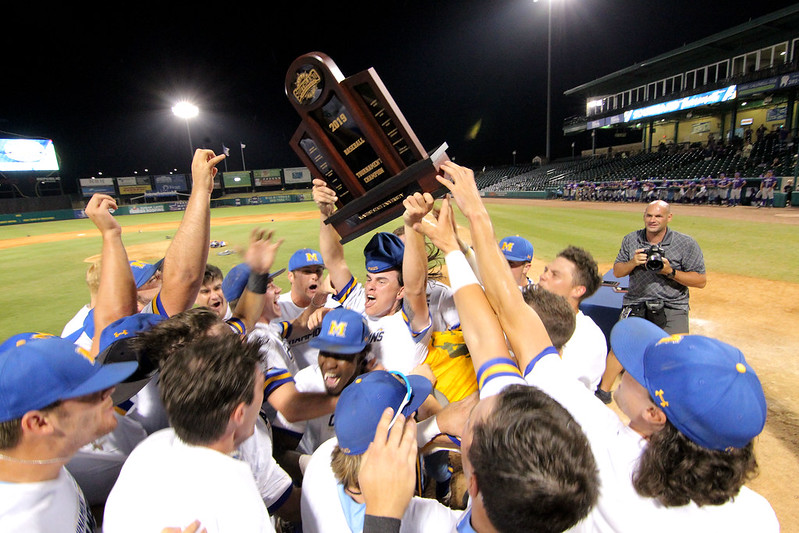 With the win, the Cowboys have earned the league’s automatic bid into the NCAA Tournament as their destination will be revealed on Monday at 11 a.m. on ESPNU.

McNeese (35-24) rolled through the tournament field, winning four straight games without a defeat while holding its opponents to a total of eight runs.

“We’ve come a long way,” said head coach Justin Hill. “The boys did a great job. They could’ve packed it in early when a lot of tight ball games didn’t go our way. But the character and resiliency showed for our team. We got hot at the right time.”

Aidan Anderson, who entered the game in relief of starter Bryan King with two outs in the top of the fourth inning and the bases loaded, notched his second win of the tourney and was named tournament MVP.

Anderson (7-6) threw 3 2/3 innings and allowed just one hit and one run while striking out five. Will Dion picked up his seventh save of the season by throwing the final 1.2 innings of scoreless ball.

UCA (32-26) struck first in the top of the fourth inning, scoring one run from a single through the right side of the infield to make it 1-0.

The Cowboys didn’t let the Bears have the lead long, scoring one run of their own in the bottom of the inning on a Julian Gonzales infield single through the middle of the infield to plate Jake Dickerson after he led the inning off with a single and advanced to third on Carson Maxwell’s bloop single to right field.

In the bottom of the seventh and the score still 1-1, McNeese had the game deciding inning by plating three runs. Dustin Duhon lead off with a double to left center then was followed by a Reid Bourque single to put runners on the corners. The first run came in on a Payton Harden fielder’s choice to put the Cowboys up 2-1.

After taking second on the throwing error, Nate Fisbeck hit an infield single to the shortstop and advanced on an error by the third baseman. With runners on second and third with one out, Clayton Rasbeary knocked in two runs with a single up the middle to give the Cowboys a 4-1 lead.

In addition to Anderson picking up MVP honors and all-tournament accolades, Dickerson and Fisbeck were also named to the all-tourney team.

4th | In the top of the inning, the Bears took the first lead of the game on an RBI single through the right side of the infield to take a 1-0 lead. In the bottom half, Dickerson lead off with a single in to center field. Dickerson then made it to third on a single to shallow right field by Maxwell. With runners on the corners, Gonzales then hit an infield single up the middle to plate Dickerson and tie the game 1-1.

7th | In the seventh, Duhon lead the inning off with a double in to the left center gap, followed by a single by Bourque to center field to put runners on the corners and no outs for Payton Harden. Harden then hit a fielder’s choice to the second baseman to score the go-ahead run and then took second on a throwing error that went into the UCA dugout. Nate Fisbeck then hit an infield single to the shortstop and advanced on an error by the third baseman. With runners on second and third with one out, Rasbeary then hit a two-RBI single up the middle to extend the lead to 4-1 before the end of the inning.

8th | The Bears responded with one run in the top of the inning to bring the score to its final 4-2.

The Cowboys were led offensively by Clayton Rasbeary who finished 3-for-4 from the plate, including two singles, a double, and two RBIs.

Fisbeck, Dickerson, and Maxwell all finished 2-for-4 from the plate and combined for two of the four runs scored.

Senior right-handed pitcher Bryan King got the start for the Cowboys in Saturday’s championship game. King finished with 3.2 IP, gave up only one run on four hits, struck out four, and got the no decision.

Aidan Anderson relieved King with two outs in the fourth inning. Anderson finished the game with 3.2 innings pitched, allowed only one run, one hit, struck out five batters, and got his seventh win on the year.

Will Dion relieved Anderson with one out in the eighth inning. Dion finished with 1.2 innings, allowed one hit, no runs, struck out two batters, and earned his sixth save of the year.