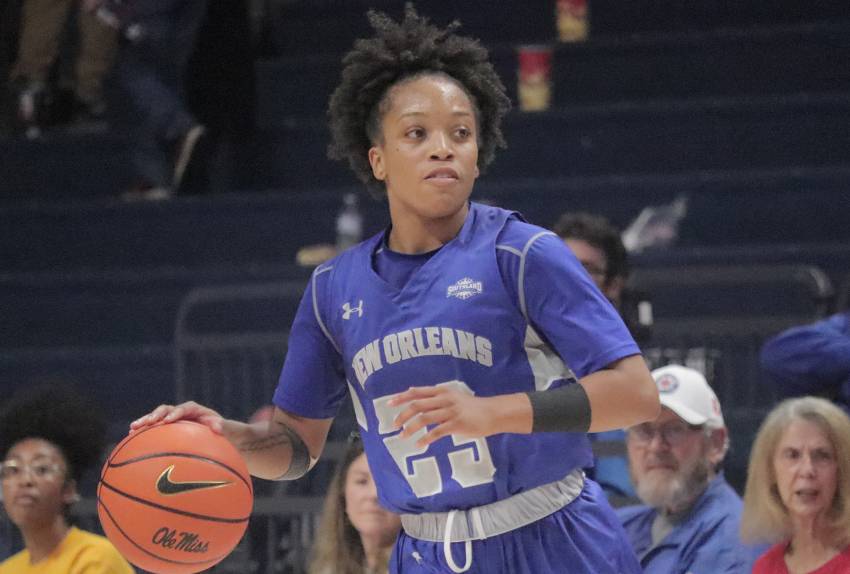 OXFORD, Miss. – The New Orleans Privateers got out to a fast start but two big first half runs sealed their fate in a 92-47 loss to the Ole Miss Rebels on Wednesday at the Sandy and John Black Pavilion.

INSIDE THE BOX SCORE
Jomyra Mathis went 9-of-12 from the free throw line and poured in 17 points along with five rebounds and three assists. DeArica Pryor also went for 14 points and was 7-of-8 from the charity stripe. Zanaa Cordis co-led the team in rebounds with five.

HOW IT HAPPENED
On Kids’ Day in Oxford, it was the Privateers who were the loudest out of the gate. A Pryor layup had the Privateers ahead 14-11 at the 4:35 mark of the first quarter. That’s when Ole Miss hit their first big run.

A 15-2 spurt over the next three minutes put the Rebels ahead 26-16. Ole Miss carried a nine-point lead out of the first quarter.

NEXT UP
The Privateers will continue their run against the SEC when they take on Auburn on Dec. 12. Tip is scheduled for 2 p.m.