Mathieu, Saints, Who Dats all get what they want 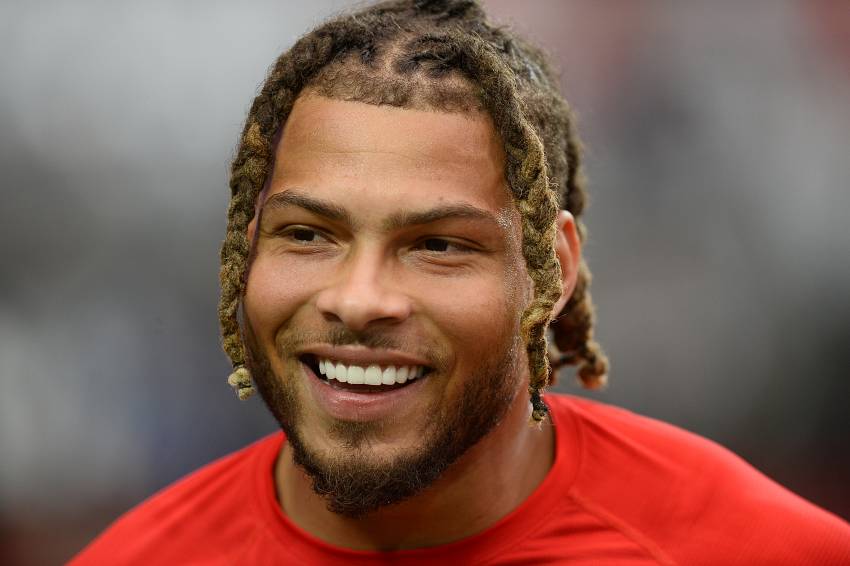 This time the Honey Badger couldn’t take what he wanted.

But he got what he wanted anyway.

And so did the New Orleans Saints.

Mathieu had long dreamed of playing for his hometown team and knew when free agency began nearly two months ago that it was time to go home.

New Orleans “was really the only visit that I went on,” Mathieu said after signing a deal with $33 million. “From the get-go, I knew where I wanted to be. It was a situation that I knew I wasn’t going to pass up. It just feels good to see it all kind of come together.”

During his sophomore season at LSU in 2011, Mathieu was the most dynamic player on the Tigers team that had the most dominant season up to that point.

Along the way Mathieu became known as “The Honey Badger,” based on a viral video that highlighted the tenacious and fearless animal that “took what he wanted.”

Mathieu took what he wanted, which was the football, whether by making an interception or forcing and/or recovering fumbles.

He helped lead the Tigers to an undefeated regular season and No. 1 ranking in 2011 before LSU lost to Alabama, 21-0, in the national championship game in the Superdome – Mathieu’s new home stadium.

It wound up being the end of Mathieu’s college career after former Tigers coach kicked Mathieu off the team shortly before the start of the 2012 season after Mathieu failed multiple drug tests.

Mathieu was drafted in the third round by Arizona in 2013 and suggested getting away from New Orleans, where he grew up in a crime- and drug-plagued neighborhood.

“I think 10, 11 years ago when I was a 20-year-old kid, I think it was just important for me to kind of remove myself from certain things, certain environments, so that I could work on myself, get myself to a certain point to where I can come back home and be responsible and be the person that I know I can be.”

Mathieu played with the Cardinals for five seasons, moved to Houston in 2018 before joining the Chiefs and playing in two Super Bowls in the past three seasons, winning one.

The 5-foot-9, 190-pound Mathieu has played in 129 regular season games with 120 starts. He has 605 tackles, 41 tackles for loss, 10 sacks and 26 interceptions, including three that were returned for touchdowns.

His 13 interceptions since 2019 are tied for fifth in the NFL. He has been selected to three Pro Bowls.

The Saints lost both of their starting safeties from last season when Marcus Williams signed with Baltimore as a free agent and Malcolm Jenkins retired. They signed former New York Jet Marcus Maye last month and met with Mathieu shortly before the draft.

When New Orleans completed last weekend’s NFL draft without taking a safety, general manager Mickey Loomis hinted that it was the one position that remained “a must” in free agency and talks with Mathieu heated up Monday.

“This has always been a defense that I’ve seen myself being a part of with how much passion they play, the energy, just the tightness that you can just see,” Mathieu said. “It pops off the screen.

“I’ve had great success in this league. I’ve made a lot of money. I wasn’t necessarily eager to jump into any situation. It was really the best decision for me to be able to come in and impact this team and impact the community that I grew up in.”

The Saints’ only Super Bowl title came after the 2009 season when Mathieu was preparing to graduate from St. Aug and attend LSU.

He watched the Saints beat the Indianapolis Colts on TV, then joined the Mardi Gras-like celebration in the street of New Orleans.

“I just remember me and my homeboys getting in the car and going to down to Canal Street,” Mathieu said. “It felt like the whole city was down there. I think that was one of those memories that I’ll never forget, just the moment and just the pure joy that it really brought to the city.”

Mathieu, who turns 30 later this month, said he hopes to finish his career in his hometown and bring another lasting memory to “my people.”

“I think I’m just heating up,” he said. “Being a former champion, I understand how hard it is to win and to get to that point. I definitely want to bring a championship back to New Orleans.”