Mamou boxer Arvie looks to make name for himself 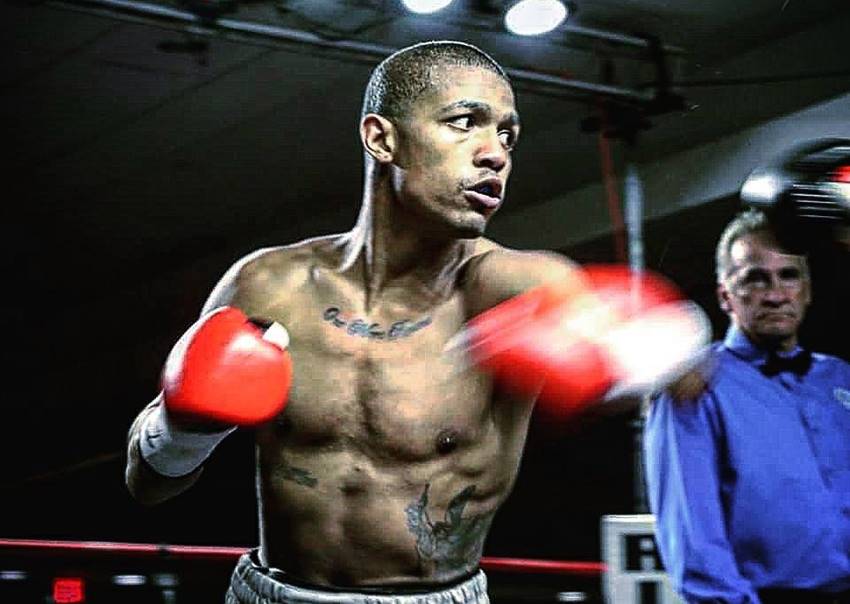 Social media is changing the game of boxing.

In the early 60’s 70’s and 80’s (and before) there were hard line telephones to promote and communicate when making matches in boxing. That eventually turned into cell phones. Then came the internet and social media. All of a sudden young aspiring boxers without national titles and Olympic medals had an opportunity to make a name for themselves. Things changed dramatically.

Network television shows are now being shown on cable channels. Next came the shows being videoed and shown on social media sites like Facebook. Then apps became available for anyone to watch boxing on phones, iPads, computers. The ability to brand yourself and produce a following had appeared.

That is why a young man from a small country town of Mamou, Louisiana can make a name for himself. It won’t be easy as he lost his last two fights. One he lost unanimously and the other was questionable as he was brought in as an opponent for the two favorites. Regardless, he made a very impressive showing in one of the fights on national television knocking his opponent down and out-scoring him only to lose a close decision. He holds 3 wins against 2 losses. This is not how Brandon Arvie expected his professional career to start.

Arvie, the speedster from Mamou, with outstanding punching power, returns on a CHAD BROUSSARD BOXNCAR.COM PROMOTIONS card at the Evangeline Downs in Opelousas, Louisiana, Thursday, October 10th against newcomer and puncher Burnell Jenkins. Jenkins had an impressive amateur career and is based out of New Orleans which is a solid base for professional boxers and has been for decades.

The two junior lightweights (130 pound fighters) are meeting in a 4 round contest that most would think is not a major fight but for these two ….it really is. Jenkins is looking to start his career with a big win and feels he can defeat the Mamou pugilist and give Arvie his 3rd fight loss in a row. Arvie, on the other hand, knows he doesn’t just need to win but needs to win impressively. In his mind, he must knock out Jenkins.

Boxing experts and pundits across the state look at this 4 rounder as a novice mirror of the Spence/Porter world title fight where you had the strong, come forward Porter attacking the slick and power punching Spence. Hence, Arvie copies Spence’s style while Jenkins copies Porter’s.According to the boxing gurus in Louisiana this could end up being the ‘fight of the night’.

Arvie trains in the gym managed by Chad Broussard, the promoter of the show in Lafayette, La at Red Lerille’s. Broussard watched Arvie train with local trainer, Walter Monceaux, who also trains world ranked Mason Menard and saw Arvie’s hunger and desire to compete and arranged for Arvie to fight the New Orleans trained Jenkins.

Arvie’s former trainer was well known Beau Williford who introduced Arvie to the world of professional boxing. Williford recently passed away after being challenged with health conditions for the last year.

Arvie wants this fight to be in remembrance of Coach Williford. Two days before Williford passed he asked Kerry Daigle to look after Arvie and knew Arvie could potentially be a world class competitor or future world champion.

Thursday night in Opelousas, Louisiana will be the debut of a NEW Brandon Arvie, one with a huge desire to be a fierce competitor and show that he belongs in the world of professional boxing at a high level. His thoughts of competing have changed to a very different level. “When you enter that ring you have to become a beast,” Arvie states. “ I want to bring the wolf out. I promised everyone my path is changing for the better and I will show my power and skill Thursday night.”

Tickets can be purchased online at www.boxncar.com. ViP RINGSIDE are $125 and VIP TABLES are priced at $800. Doors open at the Evangeline Downs on Creswell Lane in Opelousas, Louisiana at 6 p.m. Fights will start at 7pm. General admission tickets are $25 in advance and $30 at the door.

The show is presented and promoted by BAD CHAD’S BOXNCAR PROMOTIONS.

There will be 7 highly contested fights on the card with boxers looking to step up in class and become potential television stars in the future.