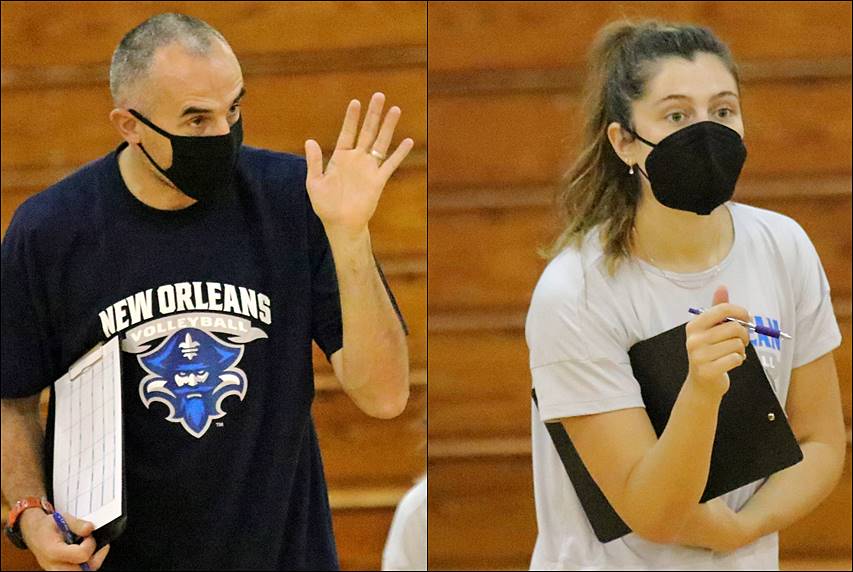 NEW ORLEANS – Privateers head coach Ashley Preston has filled out her coaching staff for the 2021 season with the hiring of Bruno Chateau and Makenzi Abelman.

Chateau brings over a decade of coaching experience in the states and internationally. He was last at Louisiana from 2019-20. In his first season with the Ragin’ Cajuns, the squad led the Sun Belt in digs per set (17.88) and was third in opponent hitting percentage (.186).

Prior to that, he spent four years as an assistant with Colorado College and Denver. In his two seasons at Colorado College, the team was 60-8. At Denver, he was on the staff for the team’s run through the Summit League that resulted in a league title and a 27-3 record in 2018.

Chateau was also an assistant with the French National Junior Women’s Volleyball Team. He was also a head coach at Villejuif Volleyball Club where he coached the men’s and women’s teams. He also served as the program’s director.

“Bruno has over fifteen years of volleyball experience coaching athletes of various backgrounds and he values fostering diverse relationships through the sport,” said Preston. “Bruno’s expertise in video and statistical analysis will help contribute to the growth of the volleyball program. He will be working with the pin hitters and develop our blocking scheme.”

Makenzi Abelman also joins the squad after playing for Coach Preston at Cal State Fullerton. The Titans’ setter racked up a career 1,126 assists in 61 matches. She became the 13th Titan to register over 1,000 career assists.

The Las Vegas native transferred to St. Francis College in Brooklyn, N.Y. where she finished her Master’s in Management. Prior to her collegiate days, Abelman was First Team All-Conference and Academic All-State at Durango HS.

“With Makenzi’s ability to be relational and being a part of the culture change of the Fullerton program in 2019 I’m so happy she is our setter’s coach,” said Preston. “She will give the setters offensive cues on the bench and guidance to the team on how to make the most of their collegiate experience.”

The Privateers will begin their season on Friday, Aug. 27 against UTRGV at 4 p.m.