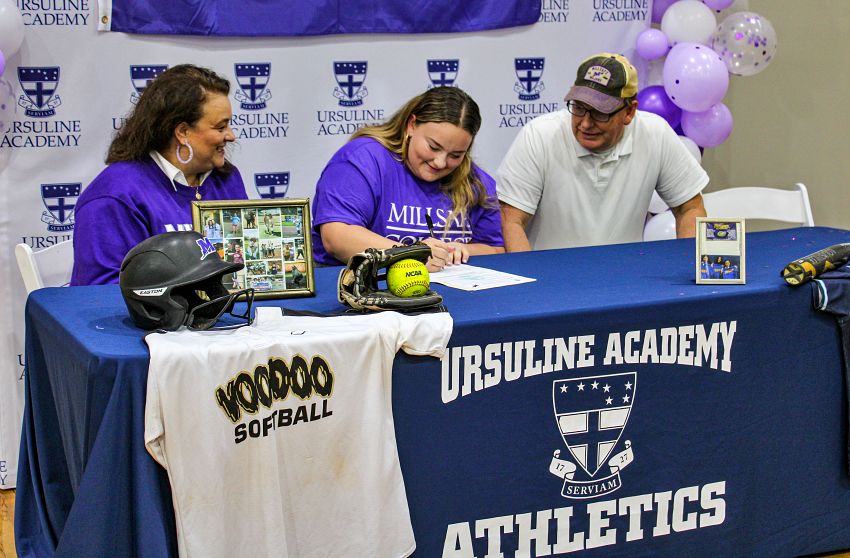 “I am so excited to continue my athletic and academic career at Millsaps College,” Black said. “I selected Millsaps College because I want to be challenged academically, while also being able to play softball at the Division III level. I am thankful for all of the people that have coached me throughout the years! Go Majors!”

Black plays pitcher, 3rd base and 1st base. She has played softball with the Ursuline Lions since the 8th grade. Black is also a member of the 18U Louisiana Voodoo Softball team. She has played with the Voodoo since she was 12 years old.

“Madeline is a fierce competitor,” Ursuline softball coach Jack Rizzuto said. Rizzuto joined Ursuline as head softball coach last year and upon first impression thought that Black was a senior. It wasn’t until a few practices in that he realized she was only a junior. “She is a true leader on the team,” he said. “We are so proud of her.”