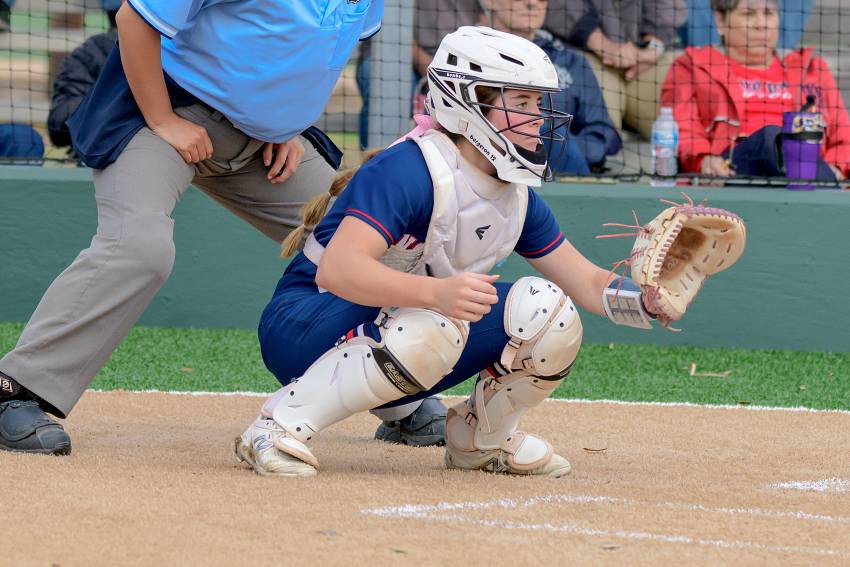 The state’s returning Gatorade Player of the Year, the 5-foot-4 junior catcher and right-handed pitcher led the Pioneers to a 27-5 record and the Division III state championship this past season. Bergeron batted .572 with a state single-season record 30 home runs along with 50 runs scored and 73 runs batted in. Ranked as the nation’s No. 5 recruit in the Class of 2022 by Extra Inning Softball, Bergeron stepped into the circle late in the season and compiled a 6-0 record with a 0.39 earned run average and 47 strikeouts in 36 innings pitched. She concluded her junior year with 67 home runs in her prep softball career.

Bergeron has volunteered locally at a vacation bible school, and she has donated her time on behalf of a nursing home. “In only 79 games as high school player, she has 67 home runs,” said Dale Serie, head coach of Notre Dame High. “While I understand there is so much more to the game of softball than just hitting home runs, it is still amazing to watch a young lady do something so rare and special.”

Bergeron has maintained a 3.56 GPA in the classroom. She has made a verbal commitment to play softball on scholarship at Louisiana State University beginning in the fall of 2022.

Through Gatorade’s cause marketing platform “Play it Forward,” Bergeron has the opportunity to award a $1,000 grant to a local or national youth sports organization of their choosing. Bergeron is also eligible to submit a 30-second video explaining why the organization they chose is deserving of one of twelve $10,000 spotlight grants, which will be announced throughout the year. To date, Gatorade Player of the Year winners’ grants have totaled more than $2.7 million across 1,117 organizations.