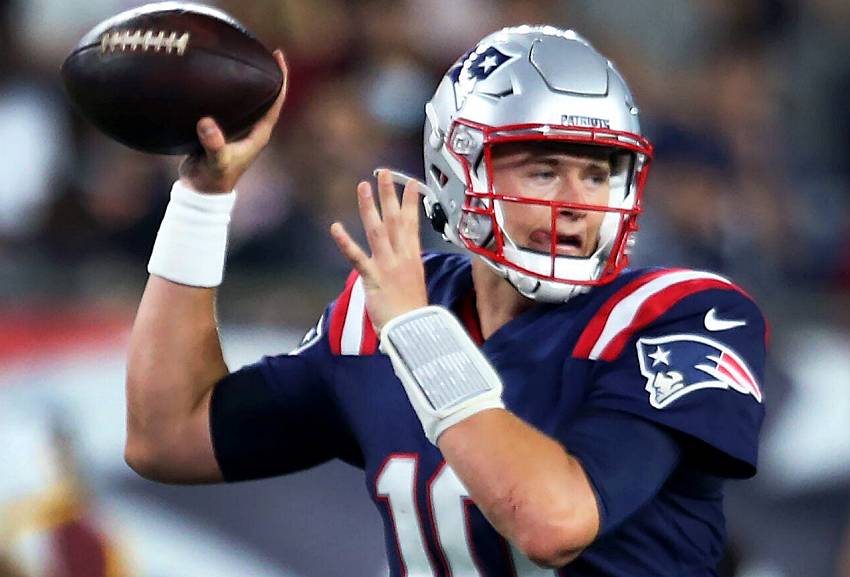 Sorry, LSU fans, but this fall I will be pulling for an Alabama quarterback.

No, not against the Tigers.

Against the rest of the NFL, except when he meets the New Orleans Saints in week three.

For months before the NFL draft, former Alabama quarterback Mac Jones was maligned. He was a system quarterback. The reasoning was that with all of those great players around him including a brick wall of an offensive line, he couldn’t help but succeed.

You know, Alabama could get a guy off the street to complete two-thirds of his passes.

Fast forward several months after the draft, and the Patriots have cut Cam Newton, who was the best player in the NFL in 2015.

According to more than one website that grades the performances of rookie quarterbacks in the preseason, Jones was the best. Better than the four quarterbacks who were drafted ahead of him in April.

That certainly was not the narrative in the weeks (and months) leading up to the draft.

A quarterback who threw 41 touchdown passes against only four interceptions and completed an NCAA record 77.4 percent of his throws was supposedly not athletic enough to play his position in the National Football League.

ESPN was asking that question in March, when they weren’t spending hours speculating whether Aaron Rodgers would or would not play in 2021. Of course, the obvious answer was. The disgruntled Packers star wasn’t going to pass on more than $21 million in cash to thumb his nose at team management.

In the meantime, the draft speculation continued.

How could the 49ers afford to take Jones with the third pick? They didn’t, so he fell to 15th and into the lap of the Patriots, who have a chance to make a major course correction in 2021.

Oh by the way, here are the winning quarterbacks in the Super Bowl since February of 2010.

Tom Brady has won four since Drew Brees won his with the Saints. Since 2010, Eli and Peyton Manning won one each, along with Joe Flacco, Aaron Rodgers, Nick Foles, Patrick Mahomes and Russell Wilson.

The best runner of the group is Mahomes, who rushed for a grand total of 308 yards last season.

Mahomes is a great athlete but much more than that, he has a cannon for an arm. Even more importantly, the face of the Chiefs franchise also throws accurately and makes good decisions. He runs judiciously.

In 46 regular season starts, Mahomes thrown only 24 interceptions. Over the past two seasons, he’s fumbled only five times.

Which is exactly what Mac Jones plays.

He can make the right decisions and throw accurately.

We had a guy like that here in New Orleans for 15 years. He won a lot of games.

Which is what I hope Jones does in the NFL.

At least two analysts on the Aaron Rodgers Network had it right before the draft.

Former LSU All-American Marcus Spears: “If this were a contest with no names, you would have a hard argument that (Jones) he could be the first pick in the draft.”

Analyst and former Ohio State quarterback Kirk Herbstreit: “He (Jones) has an assassin’s mindset on the field. Much like Joe Burrow the year before.”

Those words come from a quarterback and a guy trying to sack the quarterback.

Good enough for me.

Jones likes to come off as some guy who is just going with the flow, doing his job. However, when you come to Alabama as the fifth string quarterback and don’t transfer, instead working your way to the top, there’s something to be said for your competitive juice.

My guess is Jones is only in the beginning phase of a ‘stick it in your ear’ tour. If that’s what happens, the Aaron Rodgers Network will suddenly jump on the bandwagon.

They, you see, knew it all along.