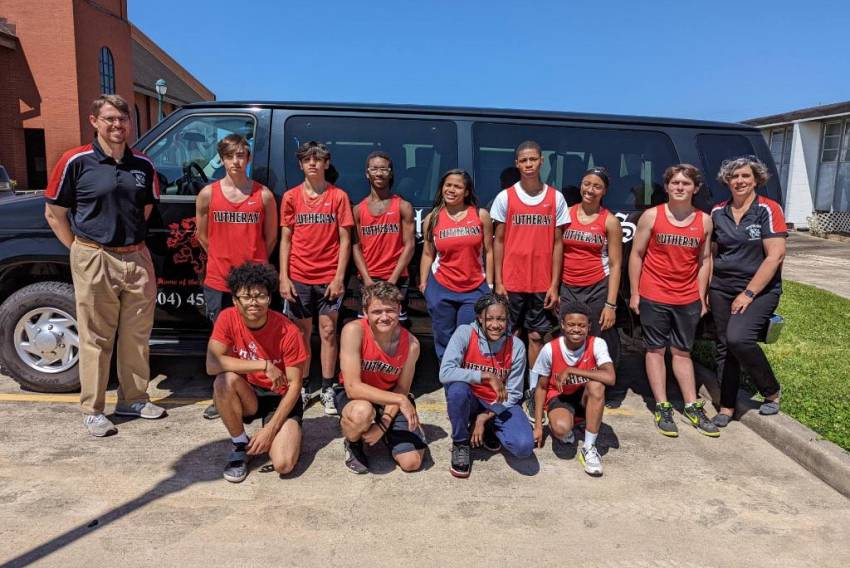 METAIRIE, La. — Throughout the last few years, the world has been flipped on its ear and forced to abruptly change what is considered normal. High School sports was no exception to this, as many student athletes across the country saw cancelations and suspensions of programs starting in 2020.

For Lutheran High School in Metairie, COVID was only the beginning of the hurdles they had to overcome this past school year.

From the beginning, Lutheran faced an ongoing COVID outbreak along with being hit hard by Hurricane Ida in late August that put the entire Fall sports season in jeopardy. These were major obstacles for the entire New Orleans area, but for a small school like Lutheran, these obstacles are far more difficult to overcome,

“The biggest obstacle is finding teams willing to play us knowing we have limited experience and small numbers.,” Lutheran principal Nancy Hernandez said. “The logistics of putting together a season when we didn’t get back to school until October 5th was extremely difficult.”

This never discouraged the athletic faculty, however, thanks to the school’s stance on the importance of sports for their student body.

“It’s a necessary part of the curriculum,” Hernandez said. “There was never any doubt that we were going to bring athletics back… we were not going to let another year pass us by.”

Despite the long odds, Lutheran High School was able to have an abbreviated, 14-game, boy’s basketball fall season beginning just a month after the hurricane in early October.

“It generated a lot of enthusiasm from the seniors all the way to the ninth grade, and especially the seniors because they’ve missed out on so much,” Hernandez said.

In addition to boys basketball, Lutheran was able to eventually start girls volleyball and track, even sending several students to the state track meet in Baton Rouge, including Heaven Fazende for discus along with the 100 and 200 meter race, DeWitt Soloman for the triple jump, Holton Klotz for the mile and Alex Rivers for javelin.

This resiliency from the faculty and student body led to very successful sports seasons, and a bright future for athletics at Lutheran High.

“We will definitely continue with volleyball, boys basketball and track,” Hernandez said. “There may be an interest, if we can find the personnel, to start the year off with cross country, but we would like to see it grow. Eventually we can add soccer into the mix.”

Hernandez mentioned the possibility for girls basketball and even football to return in the coming years. 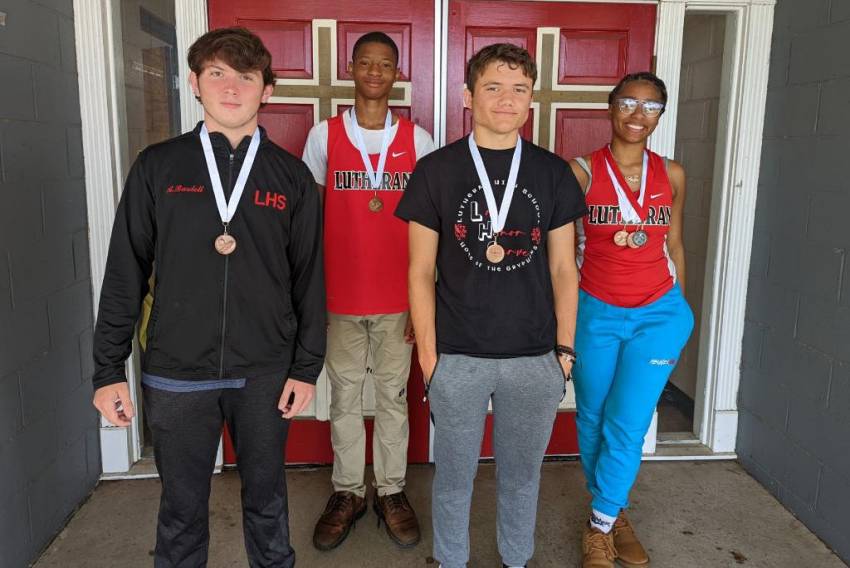 Being a small school with limited resources means athletics are worth more than winning.

The faculty knows this and works extremely hard to make sure they are available for everyone.

“I think it’s very important,” Hernandez said. “It’s an outlet for students that have interest in athletics, and it also provides the other students with a degree of entertainment or a way to get involved and to support their fellow students.”

This unification of the student body and the extracurricular involvement is why the faculty has been so determined to keep athletics available to their students along with making sure they continue to grow.

“We want school to be an experience more than just coming to school and going home,” Hernandez said.

Bringing the basketball season back as early as they could was extremely important to the athletic department despite the fact that they would not be able to compete for their district.

For schools like Lutheran, the importance of athletics is more about the experience for the players and their peers rather than success. It is also a mental health matter for the students as well.

“We wanted them to get away from an isolated and limited lifestyle in high school and let them know that there’s a lot of things they can get involved in,” Hernandez  said.

For Ms. Hernandez and Athletic Director Mitzi Lockmiller, the students’ enthusiasm affirms all of the hard work put into making sure the program is available:

“Just to see excitement… especially for the seniors it was an opportunity to finish out a year a little bit more as they thought high school would be,” Hernandez said.

The return of sports to schools like Lutheran shows what athletic programs can mean to a smaller student body, and the impact runs deeper than winning for these kids. The win is being able to participate and that is the goal for Lutheran and like institutions for years to come.

A New Orleans native, who currently attends the University of Alabama studying Sports Media, Peyton Davis played football, basketball and ran track at Isidore Newman. Peyton has worked for The University of Alabama student radio station at 90.3 WVUAFM as an anchor on the Saturday morning college football pregame show. He is interning this summer at Crescent City Sports working…