Joining the LSU duo with special honors as Tulane’s Moon Ursin was named the state’s Newcomer of the Year with McNeese’s Kaili Chamberlin picked as Freshman of the Year.

The 20-member team was nominated by the state’s Women’s Basketball sports information directors and selected by a statewide panel of SIDs and media members.

Mulkey, named the National Coach of the Year by both the Associated Press and The Athletic, returned to her native Louisiana and led LSU to the greatest turnaround by a first-year coach in SEC history. Under Mulkey’s guidance, LSU posted a 26-6 record and won its most games since the 2007-08 campaign. The Tigers finished No. 2 in the SEC and were ranked No. 9 in the final AP Poll of the season.

LSU compiled a 6-1 record against ranked opponents and was a No. 3 seed in the NCAA Tournament, hosting first and second round games in the Pete Maravich Assembly Center. The Tigers led the SEC in scoring with 73.72 points per game (up from 60.2 last season) and shot 44.3 percent from the floor to rank No. 2 in the SEC.

Leading the way for LSU was Pointer, a two-time LSWA Player of the Year. The graduate student averaged 19.6 points, 6.4 rebounds, 5.3 assists and 1.8 steals in helping lead LSU to 26 wins on the floor and a 15-3 record in SEC play.

One of the best guards across America, Pointer was a top-five finalist for the Nancy Lieberman Point Guard Award and was named to the All-SEC First Team as well as to multiple All-America Teams (AP and Sports Illustrated Second Team; USBWA Third Team). 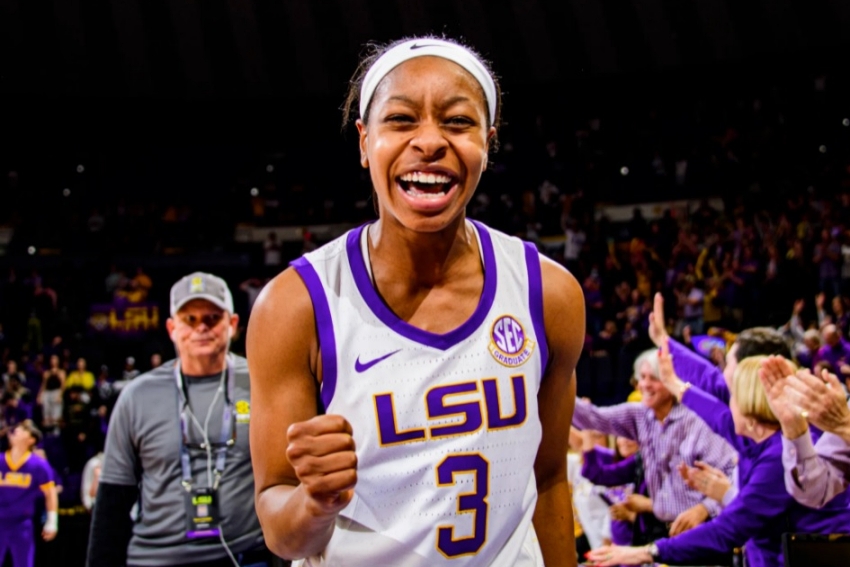 Pointer was also named to the Naismith Trophy Watchlist, the Wooden Award National Ballot, the Wade Trophy Watchlist and the Dawn Staley Award Watchlist. The Marietta, Ga., native set new career-highs in scoring, rebounds and assists and started in all 32 of LSU’s games and showed durability, leading the SEC with 37.0 minutes played per game.

The Destrehan, La., native was named the AAC’s Newcomer of the Year and was a first-team All-AAC selection.

She notched the first triple-double in program history with 18 points, 13 rebounds and 10 assists against Troy and scored a career-high 28 points on 10 of 17 shooting in a double-overtime victory over TCU. Ursin tallied double figures in scoring in 20 games including four games with 20 or more points.

Chamberlin led McNeese in scoring (11.0) and ranked sixth overall in Southland Conference games at a 12.8 clip. The Medford, Ore., native averaged 4.3 rebounds and 1.4 assists as she was named the SLC’s Freshman of the Year and a second-team All-SLC selection.

She scored in double figures in 12 games and was the Cowgirls’ leading scorer four times. Chamberlin made a career high seven three-pointers against Centenary where she scored a career high 29 points.