LAFAYETTE – LSU sixth man Tari Eason and Loyola of New Orleans guard Kennedy Hansberry each picked up state honors on Monday as the duo was honored by the Louisiana Sports Writers Association (LSWA).

The tandem was honored after being nominated by their respective basketball sports information directors and selected by a statewide panel of SIDs and media members.

Eason, a 6-foot-8 sophomore guard, earned his second LSWA Men’s Basketball Player of the Week honor of the season after he recorded the first 20-point, 10-rebound game by an LSU player in the 2021-22 season. The Los Angeles, Calif., native scored 24 points and grabbing 12 rebounds against Tennessee. The performance was part of a 2-0 week for LSU, which defeated two ranked teams (Kentucky, Tennessee) in the same week for the fourth time in the last 40 seasons.

Eason, who is averaging 16.2 points per game, has scored in double figures in his last seven games, raising his average from 13.9, while shooting more than 50 percent from the floor in five of the last seven games. 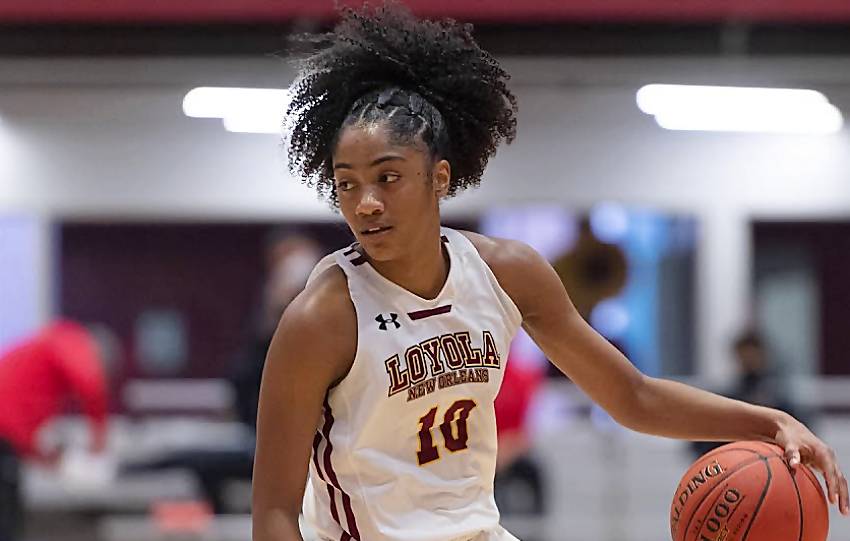 Hansberry, a senior guard from Atlanta, Ga., was named the LSWA Women’s Basketball Player of the Week after notching her second consecutive 20-point game. She notched a career-high in points with 26 in Loyola’s first game of 2022 and the first game since early December.

In an 81-77 victory over Talledega College (Ala.), Hansberry went 9-for-18 from the floor and 2-for-4 from behind the 3-point arc while also pulling down five rebounds and dished three assists in the contest. She helped the Southern States Athletic Conference preseason favorites to its eighth win in 11 games during the 2021-22 season.