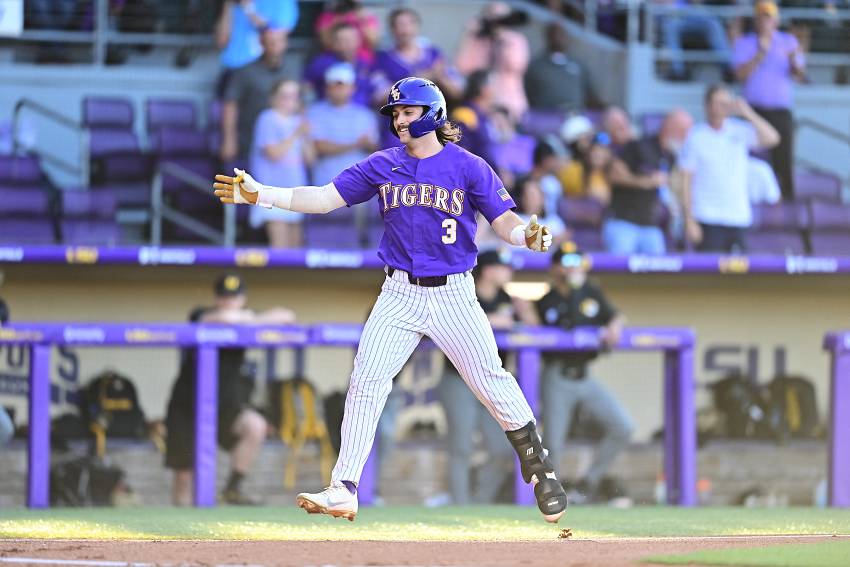 The team, which comprised of student-athletes from 13 schools across the state, was selected in voting by the state’s baseball sports information directors and a statewide media panel.

The Longwood, Fla., native led the SEC in runs scored (73) and was ranked in the top-10 in eight additional categories. Crews helped LSU to the Regional Championship Game at the NCAA Hattiesburg Regional and was voted to the All-Tournament team after batting .412 (7-for-15) with two doubles, one homer and four RBI.

Foster, the Southland Conference Relief Pitcher of the Year, posted a 4-2 record with 12 saves and a 1.86 earned run average in 63.0 innings on the mound for McNeese. Foster led the SLC in six different categories on the season, including strikeouts (84), ERA, saves, opposing batting average (.164) and hits allowed (35). 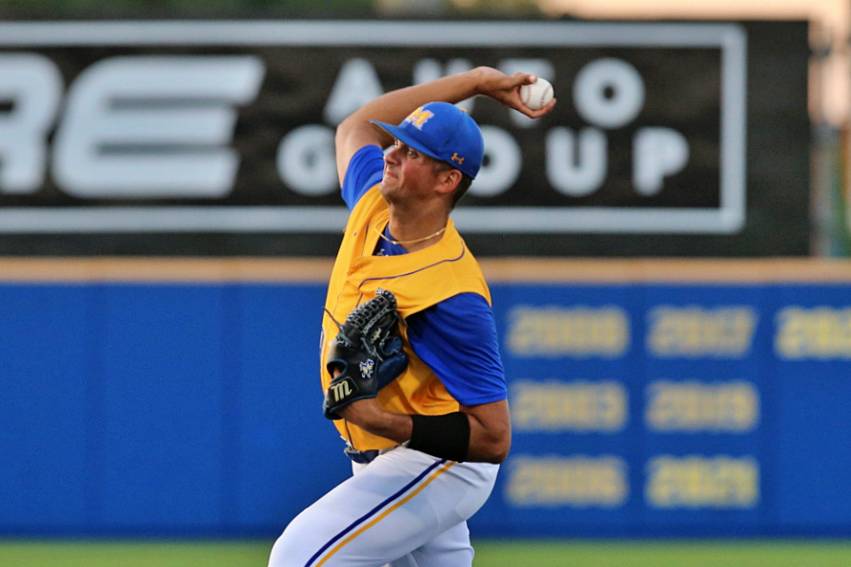 The right-hander tied a single-season school record with his 12 saves while ranking among the overall Division I pitchers in hits allowed per nine innings (third, 5.0), WHIP (seventh, 0.87), ERA (ninth), saves (10th), and strikeouts per nine innings (37th).

Following current LSU head coach Jay Johnson from Arizona, Berry posted a .370 average with 15 home runs and 48 RBI in his lone season at third base in a Tiger uniform. The Queen Creek, Ariz., native earned second-team All-America honors by Perfect Game and the NCBWA and was a third-team All-American by Collegiate Baseball and the ABCA.

Berry, the sixth overall pick by the Miami Marlins in last week’s MLB Draft, finished fourth overall in the SEC in batting average and was fourth in on-base percentage (.464). He hit .400 in SEC action – the top average in the league – and added three doubles, five homers, 20 RBI and 18 runs scored. Berry garnered Collegiate Baseball National Player of the Week honors after he batted .500 (9-for-18) during the week of March 9-13 with one double, three homers, seven RBI and seven runs.

Harland, a Baton Rouge native and former Parkview Baptist product, posted a 3-0 record on the mound in 19 appearances for Louisiana Tech where he was a second-team All-Conference USA pick and Collegiate Baseball Freshman All-American.

The southpaw tossed 24 consecutive innings without giving up an earned run in relief on the season for the Bulldogs and struck out a career-high eight batters while earning his first collegiate win at Marshall.

Neffendorf led LSU-S to a 53-8 overall record and a 31-2 mark in the Red River Athletic Conference. The RRAC Coach of the Year, Neffendorf helped the Pilots finish the season as a National Semifinalist for the fourth time in program history. LSU-Shreveport finished the regular season with a 47-3 record and clinched its seventh conference regular-season title in program history while setting a new conference and program-high for league wins. The regular season also saw the Pilots clinch the nation’s longest winning streak twice, once at 23 games, and the other at 13 games.

Crews was joined in the first-team outfield by Tulane’s Ethan Groff and Louisiana Tech’s Cole McConnell, with Luke Clement of Loyola named the designated hitter and Grambling All-American Shemar Page chosen as the first-team utility player.