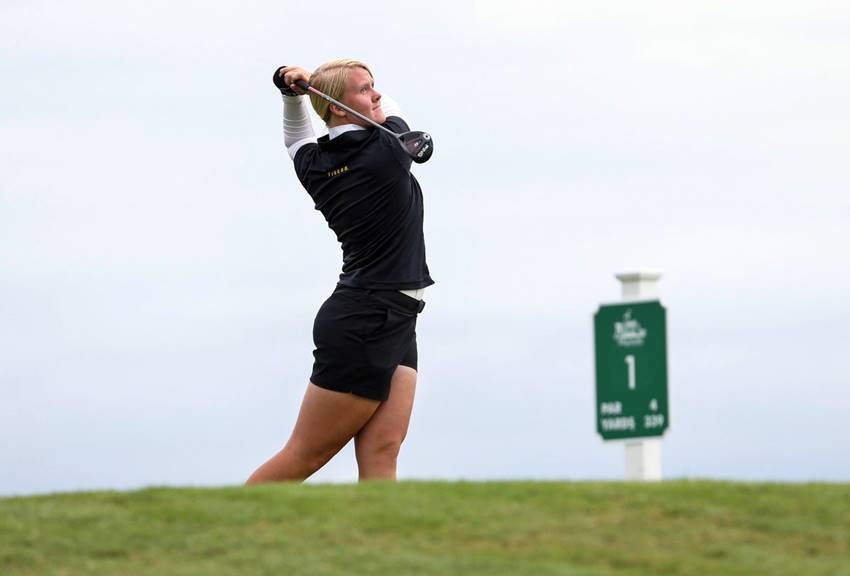 The teams were nominated and selected by the state’s golf sports information directors.

LSU claimed five of the 10 spots on the men’s team and three of the four specialty awards with Barber named Player of the Year for the third consecutive season with Cohen Trolio tabbed as the state’s top freshman and Chuck Winstead as Coach of the Year.

Lindblad was the overwhelming choice for Player of the Year for the third consecutive year with LSU’s Garrett Runion repeating as the state’s Coach of the Year.

Barber, a PING Southeast All-Region selection, posted the lowest stroke average for the Tigers with a career-low 71.15. The senior recorded 21 rounds of par or lower during the 2021-22 season and led LSU with 122 birdies in 33 rounds of play. The Stuart, Fla., native posted four top-5 finishes on the season as helped the Tigers to a pair of tournament wins during the season.

Trolio, a freshman from West Point, Miss., recorded a 71.30 stroke average with 21 rounds of par or better in 33 rounds of play. Trolio finished in a tie for third overall at the SEC Championships and posted three top-10 finishes in his inaugural season. He earned SEC All-Freshman honors and was named to the PING Southeast All-Region team.

ULM’s Jacob Agerschou was tabbed as the LSWA Men’s Newcomer of the Year after posting a 73.46 stroke average with three top-20 finishes. In his first season with the Warhawks, Agerschou posted four rounds in the 60’s and had a pair of top-10 finishes. The Horsens, Denmark native was sixth overall at the Border Olympics and placed eighth overall at the Sun Belt Conference Championships.

Winstead earned LSWA Coach of the Year honors after leading LSU to a pair of tournament titles and the semifinals of the SEC Championships. The Ruston, La., native led LSU to wins at the Jim Rivers Intercollegiate and the San Diego Classic while guiding three different golfers to medalist honors for the first time since the 2016-17 season.

Lindblad continued to etch her name in the LSU record books after a season in which she was named the SEC Player of the Year and a Consensus All-American. The Halmstad, Sweden native, recorded a 70.38 stroke average as she played in 34 rounds during the season while finishing at par or better 25 times. Lindblad posted medalist honors in five tournaments during the season and increased her total to nine – the most by a men’s or women’s golfer in LSU history. She became the first LSU golfer in 31 years to win the SEC title as she drained a 38-foot putt for eagle on the final hole. Lindblad went 2-0-1 in SEC match play to help the Tigers to the league title for the time in 30 years while earning SEC Player of the Year honors for the second time in her career.

Tulane’s Carla Bernat was selected as the Women’s Freshman of the Year after earning All-AAC honors and helping the Green Wave to a NCAA Regional appearance. The native of Castellon, Spain recorded a 73.3 stroke average in seven events for Tulane with three top-10 finishes.

Runion, in his fourth season at LSU, led the Tigers to its first SEC Championship win in 30 years. He led LSU to back-to-back NCAA Championship appearances for the first time since 2011-2012 while the Tigers claimed three championships in 2021-22.

Barber and Trolio were joined on the men’s first team by LSU teammate Michael Sanders, Peter Hinnant of Louisiana and Louisiana Tech’s Sam Murphy. A pair of Tigers – Nicholas Arcement and Drew Doyle – joined Agerschou on the second team along with Ryan O’Neil of Nicholls and Louisiana’s Eli Ortego. Logan Kuehn of Southeastern Louisiana and Centenary’s Richard Polan were honorable mention selections.

Lindblad was joined on the women’s five-member team by teammate Carla Tejedo, the Tulane duo of Bernat and Sandra Vazquez and Loyola All-American Madison Bates.