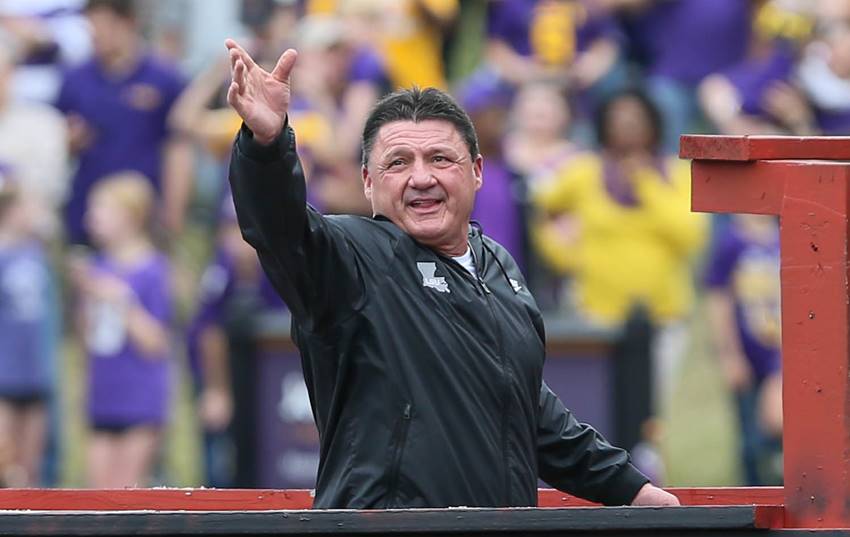 The NFL Draft 2020 has come and gone. I join most sports fans in being glad to have some “live” sports, albeit the draft and not actual games.

Speculation on if the virtual draft would work and expectations of major technical issues proved unfounded. All in all, I think the IT guys with the NFL and ESPN did a very good job.

One of the main story lines from beginning to end was the LSU football program. The Tigers and the SEC dominated. LSU set school and SEC records for the NFL draft.

Matching a record for any school that has stood since 2004, LSU had 14 players drafted. Several who signed free agent contracts are off to the NFL (when facilities open) with legitimate chances to pursue and extend their careers. Many of these former Tigers will have very good careers.

The statement made by Ed ORgeron’s program in the draft puts another exclamation point on LSU’s national championship season of 2019. They were clearly the best football team in the nation and proved that 15 times.

The program will benefit for years to come. We all know that the lifeline for LSU and any college program is recruiting. The LSU staff has done a superb job in recruiting since Orgeron was named permanent head coach. Of course, LSU recruited very well when Les Miles and Nick Saban were head coaches before Orgeron. But why was the 2019 team able to reach such a pinnacle?

I have always maintained that there are two important steps in recruiting. Part one is the recruitment and securing of the signatures that bring a player to campus. Part two is the development of those players once they are in the program.
Coach Orgeron and his staff have done a tremendous job on both parts but the latter is what pushed the Tigers over the top. That development is also reflected by players drafted and signed as free agents.

Keep in mind that there are two truly elite players who will return to LSU for the coming season – Ja’Marr Chase and Derek Stingley, Jr. Both would have been taken in high the first round had they been eligible for the 2020 draft.

As Orgeron and his staff go forward with recruiting, they will be able to show student athletes and their parents or guardians that coming to LSU gives them a significant chance for fulfilling those dreams.

LSU coaches can emphasize the heightened opportunity to recruits that they can graduate, compete for SEC and National Championships and move on to the NFL. The NFL Draft of 2020 put that exclamation point on how good the program is and what it can do for top talent.

Please keep in mind that LSU at the behest of Orgeron really magnified the staff support analysts. He has added outstanding coaches to the support staff, allowing the coaching staff to enhance their ability to develop the players. This has played a key role in the success and development of players in the program.

LSU football is certainly in a great spot as defending national champions. Tiger fans can feel confident that the program has an excellent chance to continue this run of great players which collectively means you have great teams.

We still do not know what college football will look like this fall. No matter what the landscape may be, the LSU Tigers are looking good.

Please check out my Podcast “Talkin Sports with TK” (available on many platforms).