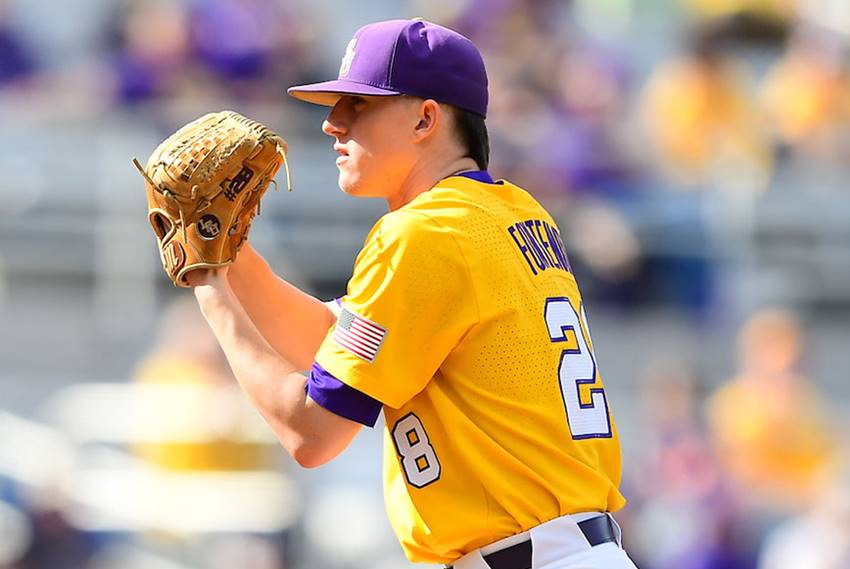 BATON ROUGE, La. – LSU pitchers Devin Fontenot and Jaden Hill on Tuesday received 2021 Preseason All-America recognition from D1 Baseball.com. Fontenot was named to the first team, and Hill was voted to the third team by the college baseball web site.

He recorded a win and two saves in his final three appearances of the 2020 season, working five scoreless and hitless innings in that three-game stretch with two walks and 11 strikeouts.

Fontenot pitched four scoreless innings over two relief appearances during the final week of the season, earning a save versus Southeastern Louisiana and a win over UMass Lowell. He allowed no hits with two walks and nine strikeouts in the two appearances.

Fontenot will enter the 2021 season with a 9-5 record and 11 saves in 64 career appearances (five starts) for the Tigers. He has registered 115 strikeouts in 100.1 career innings at LSU.

Hill, a junior right-hander from Ashdown, Ark., allowed just one hit in 11.2 innings in the shortened 2020 season while recording 17 strikeouts. Opponents batted only .028 (1-for-36) against Hill during the year.

Hill made his first appearance in a game in nearly a year when he worked two relief innings versus Indiana on February 15. Hill, who was sidelined in 2019 by an elbow injury, was dominant in the outing, firing two shutout frames with no hits, one walk and three strikeouts. His fastball was consistently clocked in the upper 90s, peaking at 98 mph.

Hill earned his first LSU career save in a February 28 win over Texas with a dominating three-inning performance. He fired three scoreless frames, allowing no hits with one walk and six strikeouts, preserving the Tigers’ 4-3 victory.

Hill fired four perfect innings with three strikeouts on March 7 to earn a save versus UMass Lowell. 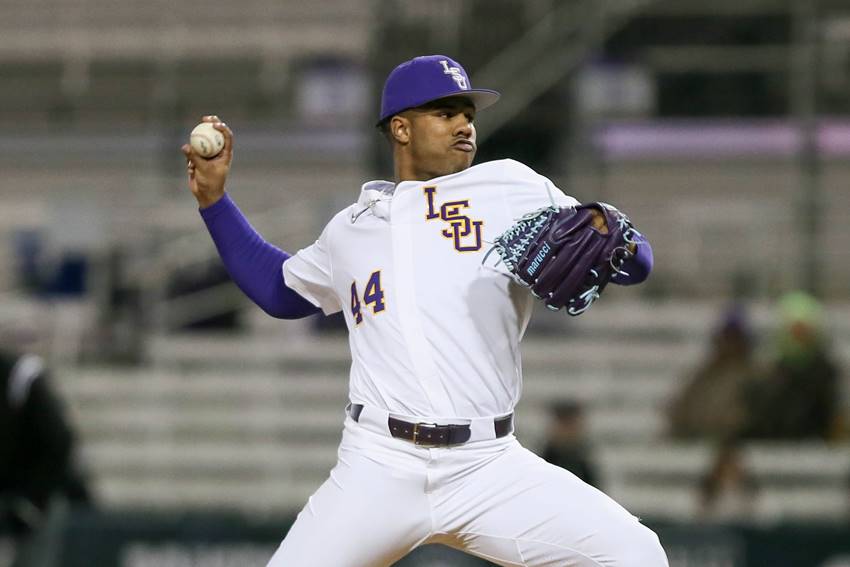 LSU pitchers Jaden Hill and Devin Fontenot on Tuesday received 2021 Preseason All-America recognition from Collegiate Baseball newspaper. Hill was named to the first team, and Fontenot was voted to the second team by the publication.