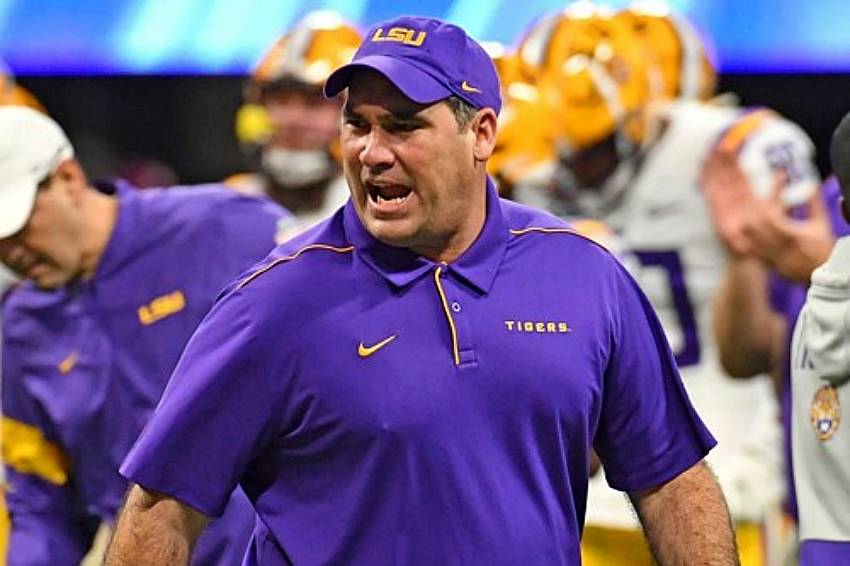 The minor violations overall resulted in a one-year probation for the football program but LSU’s self-imposed penalties were accepted as terms of punishment by the NCAA. The penalties include a $5,000 fine, a limit of 55 official visits for the 2022-23 school year, a one-week ban on unofficial visits, a one-week dead period for all recruiting communications and a seven-day reduction of the 2021 fall evaluation period.

The bulk of the violations stem from former offensive line coach James Cregg’s recruiting activities which included multiple contacts with a recruit and his mother during a dead period and violating NCAA rules prohibiting recruiting inducements (in this case, give said recruit used LSU gear). He received a three-year show-cause restriction. Cregg is currently an assistant with the NFL’s San Francisco 49ers.

A former LSU assistant director of recruiting picked up the same recruit and his girlfriend from their hotel and drove them to Tiger Stadium for a tour in another dead period violation.

“Today’s decision of the NCAA’s Committee on Infractions involving a former LSU assistant football coach concludes a 21-month cooperative process between the University and the NCAA,” said LSU in a statement. “Throughout this process, the University has worked in concert with the enforcement staff to determine the truth and to self-impose sanctions. We are grateful to the Committee and the enforcement staff for their work and for accepting our self-imposed penalties, and we are pleased to be able to move forward as an institution and as a football program. LSU continues to work through the IARP process regarding other allegations of rule violations.”

Cregg was fired on June 17, 2021, by former LSU coach Ed Orgeron amid the allegations. Cregg won a wrongful termination lawsuit against the schoo which has been ordered to pay him the remaining $492,945.20 owed on his contract.