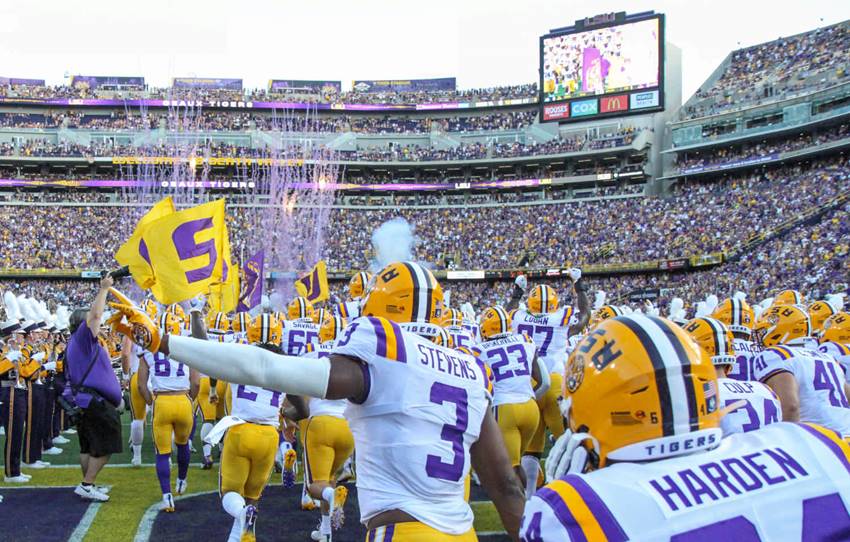 In a town hall with The Advocate, LSU director of athletics Scott Woodward said he was “very, very bullish” about football being played at Tiger Stadium this fall.

And then Woodward said something that makes a lot of sense.

“We’re willing to assume risks, and I think fans are getting to that,” said Woodward.

I have been to more than one doctor’s appointment in the past month. Before you walk in, they check your temperature. It’s done pretty quickly. That can be handled at football games. It will take about as long as a bag check.

Disinfecting mists? Haven’t thought about that. Sounds good, would like to hear more.

That will be very tough at Tiger Stadium. And, just how effective will it be?

If you are tailgating with thousands outside, what good will social distancing do inside?

In the meantime, as you ask fans in the stands to stay apart, 22 players will be blocking and tackling each other in very close proximity.

How do we protect them?

In the meantime, at some point very soon, your game ticket will reveal some new, very small but pertinent fine print.

If you attend this game, you cannot hold (school, fill in the blank) responsible for catching COVID-19.

Half the stands full doesn’t work for several reasons.

Who decides which wealthy donor doesn’t get to use all of his or her seats for the Alabama game?

Does he or she tell her best clients, “I will take Alabama and Texas, you take the Texas-San Antonio game? How about you and your family use the tickets for Mississippi State?”

However, a half-empty Tiger Stadium would be very bad for business.

That’s just the way it is.

As we all know, any LSU football coach that doesn’t fill Tiger Stadium regularly is probably not the LSU coach much longer.

That is the reality of the college football business model.

And it never made any sense to start the college football season in January or February or even March, as previously suggested during the height of the pandemic, in the middle of cold or flu season.

Let’s see, college football in January in the Horseshoe at Ohio State with temps in the 20’s?

No one has all the answers, not even the experts that we lean on heavily for common sense advice.

But tell me if this works.

Everyone inside is temperature checked. Everyone wears a mask. Those who are at risk, do the responsible thing and stay home.

If you’re not sure about all of that, a wide screen TV with food, drink and a nearby restroom wouldn’t be a bad alternative.

In the name of safety.