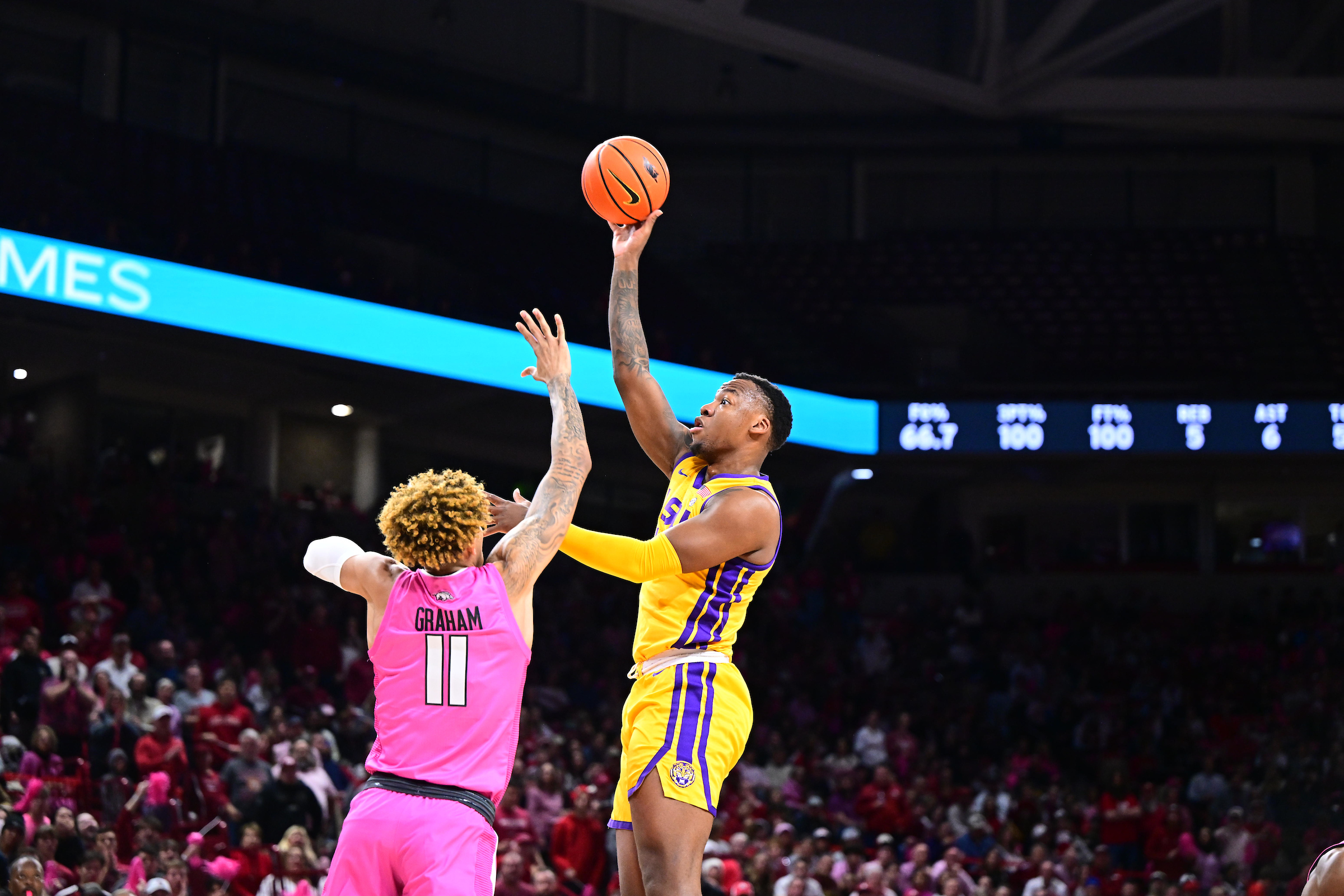 After trailing 38-14 at the half, LSU was able to mount a short comeback, starting the second half on a 17-4 scoring run to close the gap to 11. However, Arkansas would respond with a scoring run of their own and only allow the Tigers to score nine more points in the half as they ultimately pulled away for the victory.

“It’s the conversation no one wants to hear, but I do agree. In the first half, we just couldn’t finish at the rim and the turnovers killed us,” said head coach Matt McMahon. “We have a pretty simple formula that would give us a chance, you saw that some in the second half. We were able to execute and finish some plays, not have the crazy turnovers that led to transition. What that enables you to do is set your defense. When you turn it over 10 times and miss 22 of you 25 shots against an elite transition offensive team, you are in big trouble. Second half, we were able to finish a few plays, make a few shots and set our defense and were pretty effective there in our half court defense.”

LSU was led in both scoring and rebounding by KJ Williams, who finished with nine points and 11 rebounds. Adam Miller added nine points of his own. Justice Williams had seven points and a team high two assists.

Davonte Davis led the Razorbacks with 16 points. Anthony Black added 14 points and seven rebounds. Makhi Mitchell had a team high eight rebounds and added 10 points of his own. Rickey Council IV had 10 points and led the team with seven assists.

The Tigers will be back home on Saturday as they host Texas Tech in the annual SEC/Big 12 Challenge in the PMAC at 1 p.m. CT on ESPNU.

Check back later for full recap.