LSU excels in two of three phases vs. McNeese but problems still evident 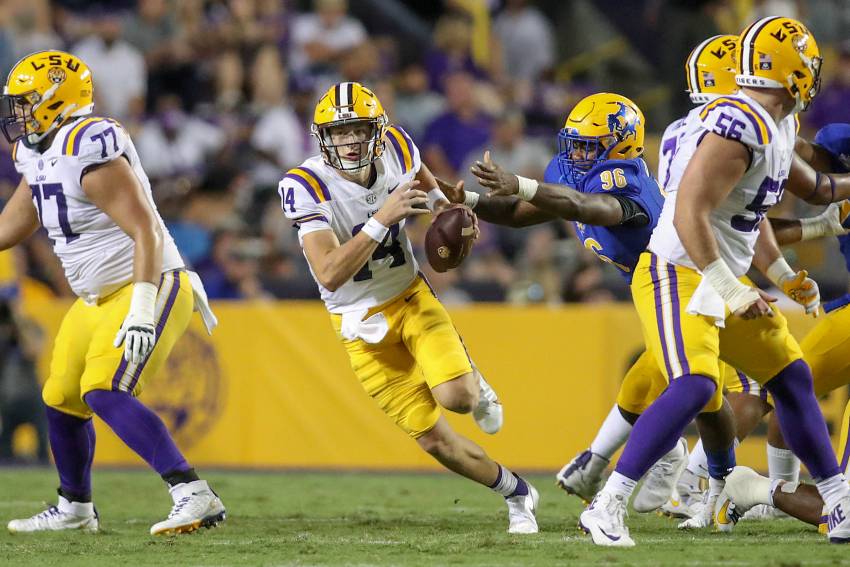 It is important to keep things in perspective.

LSU was a huge disappointment, losing in convincing fashion as a favorite at the Rose Bowl against UCLA.

The alarms were sounded, including here.

The concerns were and remain real.

The conclusion to what this season will be remains to be seen.

The second chapter of the book of 2021 was written Saturday night at Tiger Stadium. 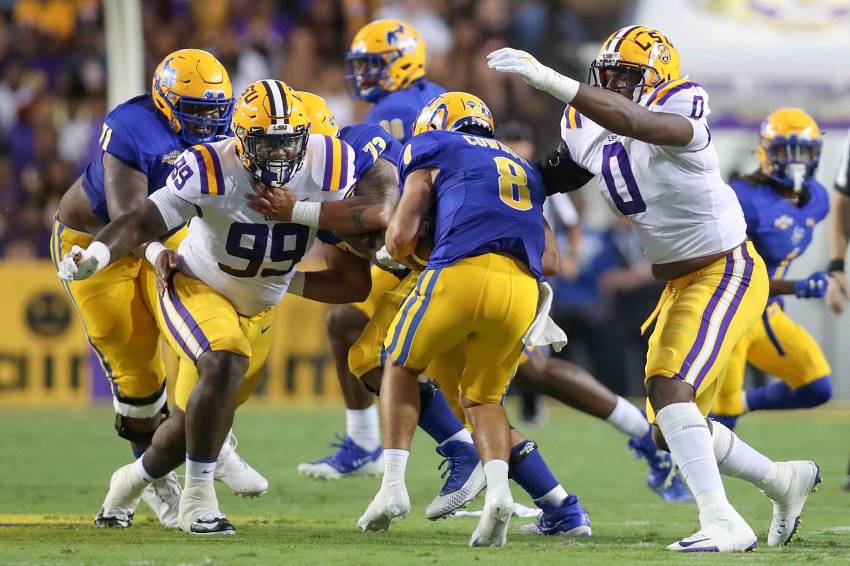 The first home game of the year for the Tigers featured a workmanlike effort for a 34-7 victory against an in-state foe Saturday night.

It was a mixed bag.

The positives were clear.

The LSU defense got well against the overmatched offensive front of McNeese. There were no blown assignments and massive chunk plays allowed.

The Tigers sacked Cody Orgeron eight times, and it could have been more. Prized freshman Masson Smith is massive, making his presence felt with three sacks. On the flipside of the maturity scale, sixth-year senior Andre Anthony had 2.5 sacks.

The kicking game for LSU is superb.

Avery Atkins is handling punting duties well and kickoff duties as well as ever. He had three punts downed inside the 20-yard line.

Cade York may very well be the best kicker in the country. The New Orleans Saints could possibly use him about right now.

The major negative was clear.

The offense remains a work in progress, and I’m trying to be kind here.

With three starting offensive linemen out, the LSU front got little movement against an FCS opponent. The line also allowed Max Johnson to be pressured way too much.

Johnson was acceptable, going 18-of-27 for a modest 161 yards with three touchdowns.

Hiss numbers through two games are good but we are watching a work in progress. Johnson is learning on the go and he must process what he is learning and improve.

Yes, the offensive line is clearly falling short and giving him little time to survey.

If you go back and look at 2019, Joe Burrow often had pressure and free blitzers coming at him.

Burrow knew exactly where to go with the ball and Burrow knew how to buy time.

Johnson needs to understand when five are blocking six and to know where his hot route is. He also needs to eliminate drifting and retreating in the pocket. The second-year QB has missed a few throws but that has not been a significant issue.

Most often, the best way to avoid pressure is to roll away from it or to step up, if possible, not to retreat and drift, limiting your options.

To this point, Johnson has been more of a game manager than a playmaking quarterback.

While that is solid and is what Danny Etling was, this LSU team needs more of a Joe Burrow if it wants to be a successful team.

Mind you, I am not suggesting that Johnson has to be Burrow, just that he has to embody some of the same qualities and characteristics in terms of style of play.

LSU does not have the kind of superb skill players Burrow had in Ja’Marr Chase, Justin Jefferson, Terrace Marshall, Thaddeus Moss and Clyde Edwards-Helaire.

The Tigers have just one of those in Kayshon Boutte.

Corey Kiner showed some speed, wiggle and toughness while Armoni Goodwin had one good run as young running backs got an opportunity. Frankly, I hope we see more of them.

Jack Bech is a player and needs to be incorporated more in his hybrid role. Trey Palmer is fine despite questionable hands.

As for other receivers, the inability to catch the football is troubling there as well. LSU has had as many as 10-11 drops in just two weeks.

That included at least three drops on throws from freshman Garrett Nussmeier who, despite completing just 3-of-10 passes for 19 yards, showed that he has a dynamic element to his game as a gunslinger looking for the big play. Nussmeier has a good arm and extends plays well, although he could have taken off at least twice for good gain, rather than waiting for something to happen downfield.

For LSU to have just 306 total yards against a middling FCS opponent is troubling and does not bode well for the future.

Central Michigan will not be the layup that McNeese was.

The Chippewas lost a competitive 34-24 contest at Missouri, who beat LSU last year. They followed that performance with a 45-0 win over Robert Morris.

While the widespread thought process has been that LSU would get well against McNeese and Central Michigan before traveling to Starkville, the Tigers will have to show up and play better to win next week.

As for Mississippi State, the Bulldogs are 2-0 after an impressive win over North Carolina State.

Ole Miss is good, perhaps even better than that, with an elite offense and an improved defense.

Auburn is 2-0, looking very good albeit against two overmatched foes.

Texas A&M is 2-0 but the Aggies escaped Saturday against a lackluster Colorado in Denver while dealing with a key injury.

Alabama is simply the best.

Right now, there are no clear victories for LSU on their SEC West slate.

It would help if the Tigers got healthier as more than 20 players did not dress out Saturday night, including several starters and key contributors.