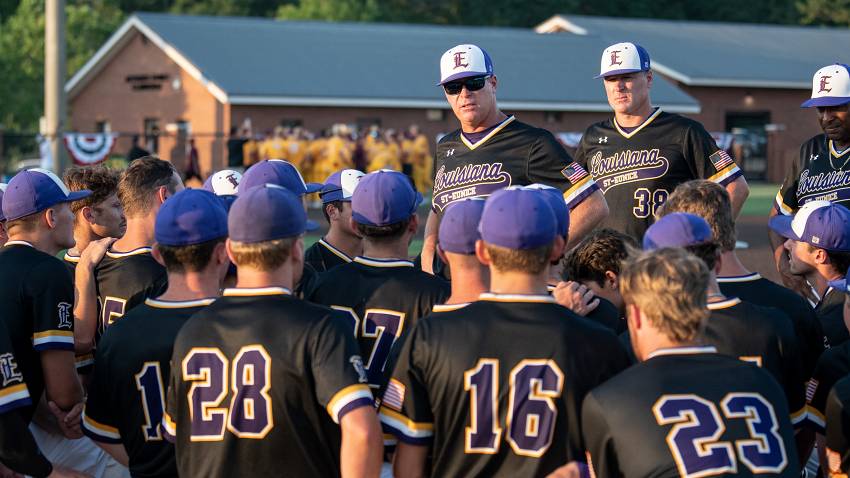 POPLARVILLE, Ms. – An early offensive surge was too much for LSU Eunice to overcome as the Bengals fell to Pearl River in the Region 23 Championship, 11-4, on Thursday. The Bengals concluded the regular season with a record of 40-17.

It was the 14th time in the 20 years under Jeff Willis’s direction that LSU Eunice has played for a Region Championship, the 13th as a member of Region 23.

LSUE dug itself a big hole early as Pearl River would strike for six runs in the opening frame, all coming off a trio of home runs. The Wildcats would add another in the second to spot themselves a 7-0 lead.

The Bengals would try to chip away at the deficit as Cade Hart (Shreveport, LA, Calvary Baptist HS) singled home Christian Gonzalez (Breaux Bridge, LA, Breaux Bridge HS). As LSUE did throughout its Region 23 stay, it was PRCC that would answer every time the Bengals would plate a run as Pearl responded with runs in the fourth and fifth.

Alexander Saunier (Lafayette, LA, Lafayette HS) capped off his breakout performance at the Region 23 Tournament with a sixth inning RBI to make it 9-2 PRCC. Saunier was a star for LSUE during the week, ending the four-game tournament going 9-for-14 (.642 batting average) with five RBIs and four runs scored.

LSUE not go quietly in the Championship, having an opportunity to mount a wild comeback in the seventh inning. The Bengals would see the first three batters reach safely, including an RBI single by Kole Myers (Jennings, LA, Jennings HS). LSUE would load the bases but couldn’t land the big knock, sitting at a 10-4 deficit.

The Bengals saw 22 sophomores play their final game with LSU Eunice, helping the program to a 112-24 record in and a 2021 NJCAA National Championship.