LSU championship and the bonding of a father and a son 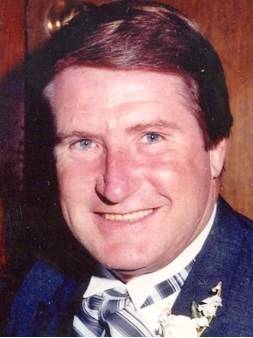 When I was young, dad and close family friend Jack Atchley had season tickets to LSU games. On some occasions, uncle Mike Pisciotta would make the trek.

Often times, my older brother and I would make the trip together. On other occasions, it would be Jack’s son and me, my brother and one of Jack’s sons or simply Jack’s sons.

I simply loved sports. When I could not go to the LSU game, I would regularly be at Tulane Stadium to watch the Green Wave.

Tulane had great colors and played some good opponents. I was always fascinated with the digital line clock which ran and my eyes were fixed on the seconds disappearing.

That was a good thing.

Too many times, fixing eyes on the scoreboard was not the most pleasant site. That certainly changed in 1969, when Jim Pittman guided Tulane to a winning season and Liberty Bowl victory, only to depart for TCU.

Dad liked Tulane, too, and encouraged us to like both LSU and Tulane. Dad was a Loyola graduate, as I would later become. I grew up liking both programs and still do.

As I made the turn from adolescence to teen years, I actually sold Brown’s Velvet Ice Cream at Tulane games, as well as a couple of New Orleans Saints games.

In the 1960’s, it was memorable to take Airline Highway to Baton Rouge.

Airline Motors was thriving and always caught my eye.

Stopping to eat on Highland Road was a frequent experience.

On other occasions, it was arriving early on campus and going to the buffet at the student union. As time marched on, I was amazed that there was an actual bowling alley to partake in below.

While at the student union, stopping at the candy station to load up on goodies to take into Tiger Stadium was a must. I fell in love with red licorice, largely as a result of that experience.

Then, there was a game experience.

Making the walk from our parking spot, near the student union, to the stadium, was an eye-opening experience. Passing and not stopping at the ice cream station was a difficult task.

Even in the 1960’s and early 1970’s, tailgating on the LSU campus was an art form. I certainly grasped the partying concept, grasping an understanding of the various celebration rituals of the masses.

Of course, many tailgating did not attend the games, as is still the case today.

Entering the stadium, which seemed larger than life, the walk up the ramp led to the excitement of emerging from the portal to see the unique vertical lighting system employed by Tiger Stadium and to see the different shades of green at every five-yard interval.

The yard-lines were marked at every five-yard interval and the white was surrounded by a purple border. The colors were etched in my mind for life.

Dad’s season tickets were in Section U-10.

It was always important to get into our seats in time to see the pre-game ceremony where Mike the Tiger was paraded around the perimeter of the field in his portable cage and the trick was to get him to roar.

If and when he did, it drew a big roar from the patrons on hand.

Then, there was the Golden Band from Tiger Land taking the field.

When they would strike up “Hold That Tiger,” the entire stadium broke into bedlam, particularly when they turned to face our section. We made sure of that.

Then, the Tiger football team emerged from their locker room, running through the band, wearing their familiar white jerseys and yellow-gold pants.

I remembered that our season tickets were near family members of then LSU defensive lineman Binks Miciotto, who played from 1971-73.

Of course, when I first experienced and LSU game, dad educated me in what to expect and explained what was happening when those special moments occurred. Seeing those moments come to life only heightened my interest and love of sports.

As mom and dad would frequently tell me, it was obvious that my future was going to be in sports.

The laughs were plentiful when they would relay the story to me about how when I was just 7, the television in my parents’ bedroom went on the blink.

In those days, the television was a big tube encased in a wooden frame.

Alvin, the television repair person, had to take the tube to the shop to repair it.

That left the wooden case empty.

Mom and dad provided the rest of the story.

I climbed into the empty wooden frame and started doing my version of play-by-play, picked up from listening to a great man in John Ferguson and then one of my mentors in Bruce Miller.

My ambition was clear.

Mom and dad saw to it that I could pursue that ambition by providing me the opportunity to garner a good education and to chase my dream of sports broadcasting and journalism at Loyola.

Then, good fortune enabled me to begin a career in the industry, in my hometown, which I am blessed to continue to this day.

All these years later, the memories remain clear. The appreciation grows daily.

As I watched Monday night, all of my thoughts shifted to him, his love of Tiger Stadium and LSU football and those great, bonding Saturday experiences in Baton Rouge.

Those were the days. Nothing lasts forever on this earth.

I grew up, got busy in high school, busier in college and busy in life and no longer had time to make those trips to Tiger Stadium. Of course, I would begin doing so a few years later as an accredited media member.

Eventually, dad and Jack gave up the season tickets as they got into the autumn of their lives. That was a sad day.

It was a sad day when Jack left this earth in 2015. Jack, an accomplished man who was part of an NAIA national championship basketball team at Loyola in 1975 and he loved LSU. His wonderful wife, Elise, gave me a DVD of the story of a life of her husband. I will forever treasure it.

A star is shining from the Heavens. It is golden with a purple hue. This one was for you, dad. It was for you, too, Jack!