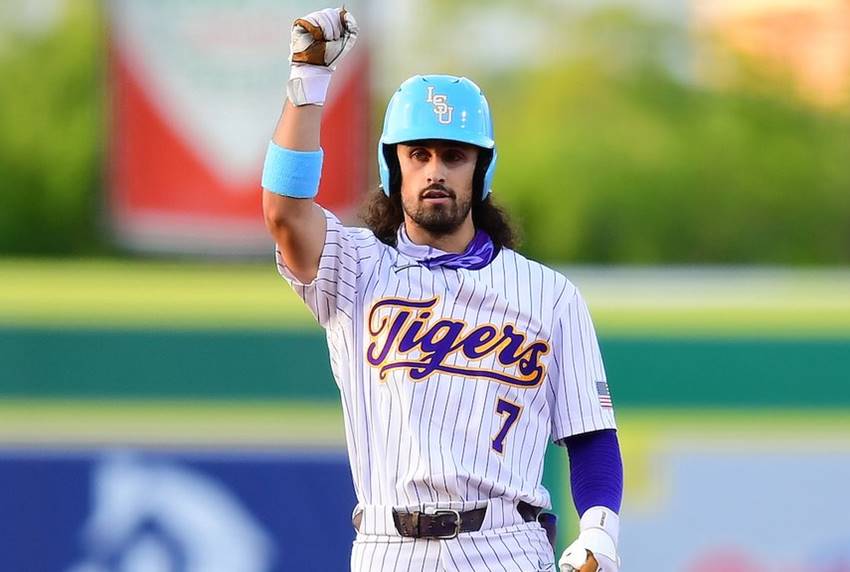 LSU opens a three-game SEC series at 5:30 p.m. CT Friday in Lexington, Ky., as the Tigers take on the Kentucky Wildcats. Friday’s game will be streamed on SEC Network +, and it can be heard on affiliates of the LSU Sports Radio Network.

“It feels great to get a win, especially after a tough weekend,” said LSU coach Paul Mainieri. “You don’t always know how the kids are going to respond when setbacks happen, and I was concerned because we were playing a very good McNeese team. But, I’m proud of the way we competed tonight and we earned a nice win.”

Doughty was 4-for-5 at the plate with two doubles, four RBI and one run scored to pace the Tigers’ 12-hit output. Centerfielder Giovanni DiGiacomo, who has missed most of this season with a hamstring injury, was in the starting lineup and contributed a double and two RBI.

Freshman right-hander Garrett Edwards (1-2), the first of seven LSU pitchers, was credited with the win as he fired two shutout innings with two hits, no walks and three strikeouts.

“I thought Gio really gave us a lift with his return to the lineup,” Mainieri said, “and Garrett Edwards gave us a lift as well with the way he pitched early in the ball game. I’m just happy for our kids tonight, because it puts them in a good frame of mind as we get ready to go to Lexington.”

Freshman right-hander Will Hellmers followed Edwards with two scoreless innings of his own, allowing no hits with two walks and three strikeouts.

McNeese starting pitcher Christian Vega (0-3) was charged with the loss as he allowed one run on one hit in three innings with one walk and one strikeout.

LSU opened the scoring in the bottom of the second inning on DiGiacomo’s RBI double, and the Tigers exploded for five runs in the third to take a commanding 6-0 lead. The uprising was highlighted by a two-run single from rightfielder Dylan Crews, a safety squeeze bunt by DiGiacomo, and run-scoring singles by Doughty and by shortstop Jordan Thompson.

Doughty’s two-run double in the fifth expanded the lead to 8-0, and catcher Hayden Travinski’s solo homer in the sixth gave the Tigers a 9-0 advantage.