LSU baseball team excited about its ‘absurd amount of talent’ 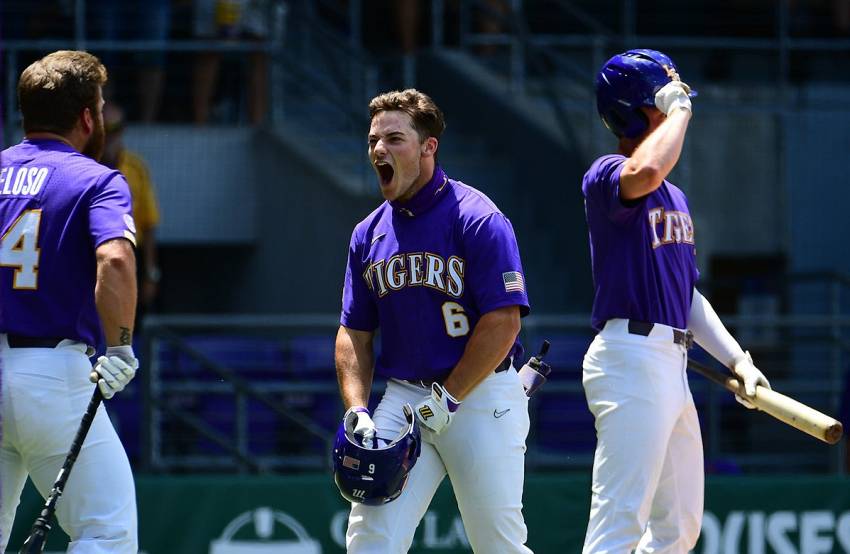 The LSU baseball season ended just a few weeks ago.

Fall practice is still months away.

But even with the start of preseason football camp looming, the anticipation level for the next Tigers baseball season is soaring in mid-July.

The arrival of former Arizona head coach Jay Johnson and a new staff brings the excitement of a new beginning.

The transfer of former Wildcats All-America infielder Jacob Berry to pair with returning star Dylan Crews give LSU as good a pair of sluggers as there figures to be in college baseball next season.

And they return nearly all the key players from the young group that fell two wins short of the College World Series last month figures to give Johnson one of the highest-rated teams going into the 2022 season.

“It’s absurd the amount of talent we have on this team,” outfielder Gavin Dugas said during a Zoom call with reporters Thursday morning (see video).

Dugas and pitchers Devin Fontenot and Ma’Khail Hilliard, who also announced their return in the wake of last week’s Major League Baseball Draft, followed Johnson, who succeeded the retiring Paul Mainieri on June 25, on the call,

Johnson, who led Arizona to the College World Series each of the last two seasons, said “I can’t overstate how important” an experienced team is, citing N.C. State, Vanderbilt and national champion Mississippi State as teams in Omaha whose experience was vital to them getting there.

None of the three returning players were selected in the first 10 rounds of the draft, making more enticing “the emotional pull toward our program and this opportunity,” as Johnson put it.

Fontenot was LSU”s closer last season, going 4-2 with five saves, but he said he sees next season as an opportunity to “showcase my skills” as a starter.

He added that another reason for coming back was that he wants to demonstrate better consistency than he showed last season.

Fontenot and Hilliard both said they have grown even closer than they already were during the last 3½ weeks since Hilliard’s father died in a tubing accident.

They’ve talked a lot since then and the prospect of coming back as tandem to lead the pitching staff was even more enticing than their individual reasons for returning.

Hilliard, who called the Fontenot home his “home away from home,” said his “mindset” about returning “completely changed” after his father dies, adding that his father wanted him to come back.

“The best idea was to come back and prove myself as a legend leaving LSU,” he said. “If I do (next season) what I did at the end of last year,” Hilliard said, “it’ll raise my stock.”

Dugas called Johnson “a hitting guru” and said next season “a great opportunity to do a lot of great things as a program and as a team.”

Dugas said he there was “nothing negative” about last season or the previous staff. But he told Johnson, “I feel like I just committed to LSU as a freshman again and I couldn’t be happier.”