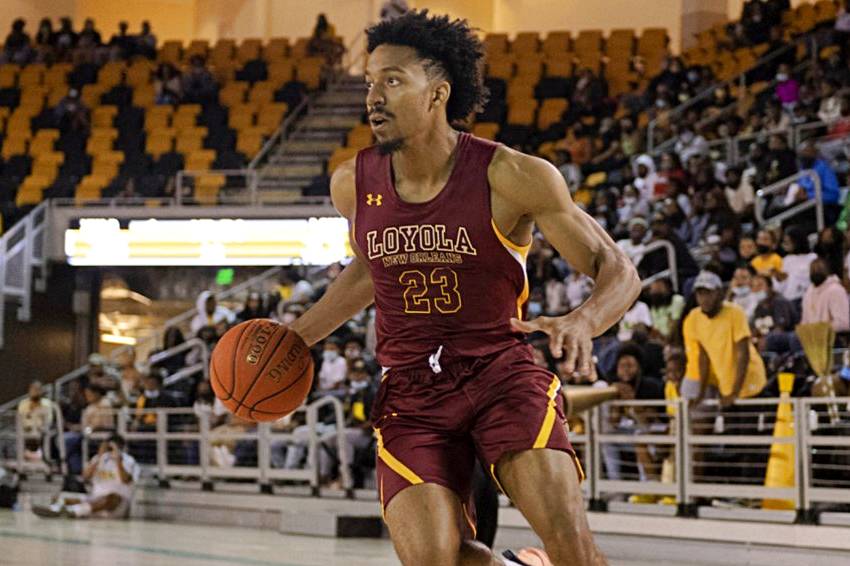 NEW ORLEANS – Zach Wrightsil, the star forward for Loyola’s national championship men’s basketball team, has been selected as the Allstate Sugar Bowl’s Outstanding Male Amateur Athlete of the Year from the New Orleans area. The Greater New Orleans Sports Awards Committee, sponsored by the Allstate Sugar Bowl, selects annual award winners in a variety of categories; it also selects Amateur Athletes of the Month and each year’s Hall of Fame class. Overall, 26 individuals and four teams will be honored for their 2021-22 achievements at the Greater New Orleans Sports Hall of Fame Awards Banquet on July 30. Honorees are currently being announced over a month-long period, wrapping up with the Corbett Awards for the top male and female amateur athletes in the state on July 25 and 26.

Wrightsil closed his distinguished Loyola career by being named the NAIA National Player of the Year and a First-Team All-American after averaging 18.7 points (on 62 percent shooting), 8.8 rebounds, 3.6 assists and 2.1 steals per game. He was named SSAC Player of the Week six times this season, while also earning SSAC Player of the Year and First-Team All-Conference honors. He set the Loyola record for most points (709) and rebounds (334) in a single-season and he also completed his career as Loyola’s all-time leader in points (2,104), rebounds (1,065) and assists (480) while ranking second in steals and fifth in blocks.

A Texas product, Wrightsil scored a team-high 19 points (on 8-of-12 shooting) to go with 12 rebounds, four assists and five steals in the NAIA National Championship game as Loyola captured the second national title in program history. It was the 11th double-double of the season for Wrightsil. He had been selected for NAIA All-America teams in each of the last three seasons as well, but 2021-22 was his first First-Team nod.

Wrightsil will close out his collegiate eligibility in 2022-23 playing for Marquette University.

The other finalists for Greater New Orleans Male Athlete of the Year were Dai’Jean Dixon (Nicholls State Football), Jack Larriviere (Jesuit Football/Track & Field) and Solomon Washington (Carver Basketball). A native of New Orleans and graduate of Edna Karr, Dixon was one of just six players in the nation to average over 100 yards in the regular season (100.2; 1,002 total yards). He also ranked fourth in the nation with 7.1 receptions per game (71). Larriviere passed and ran for 34 touchdowns to lead Jesuit to its first football state championship game since 2014. He followed that by winning the javelin at the Class 5A state championships with a state composite record throw of 228-10. Washington, a 6-foot-7 Texas A&M signee, was selected as the Gatorade Louisiana boys’ basketball player of the year – the first player from New Orleans to win the honor in more than 20 years. Washington averaged 14.9 points, 10.9 rebounds, 2.8 assists, 2.5 blocks and 2.3 steals as he led Carver to the LHSAA Class 4A state championship and a 33-5 overall record.

The Allstate Sugar Bowl will continue announcing its annual awards on Tuesday as the winner of the Eddie Robinson Award will be released at 10 a.m.