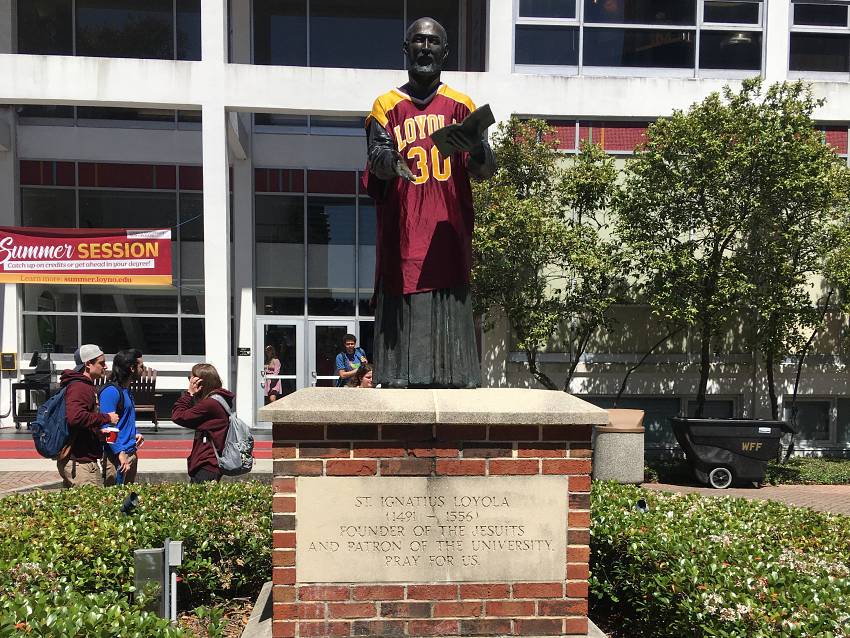 KANSAS CITY, Mo. – For the first time this season and the first time since winning the NAIA National Championship in March, the Loyola Wolf Pack men’s basketball team is back in the Top 25 rankings, entering at No. 22 in Wednesday’s poll. Loyola did not receive any votes in the preseason Coaches’ Top 25, but slowly gained more and more votes in the first three in-season polls before moving into the rankings this week.

Loyola is 13-2 overall and a perfect 8-0 in Southern States Athletic Conference play, sitting three games ahead of three teams tied for second place. No. 19 Faulkner, Life University – both teams Loyola has beaten on the road this season – and Stillman College are all locked in a tie with 5-3 conference marks. The Pack went 4-0 since the last poll was released in December, taking down SSAC foes Middle Georgia, Brewton-Parker, Faulkner and Talladega. Along with Faulkner, Life also received votes in Wednesday’s poll.

Jalen Galloway continues to lead the Wolf Pack in scoring with an 18.7-point-per-game clip, also pulling down a team-high 7.4 rebounds per game. Matthew Mondesir (12.7), Milan Mejia (12.2) and Michael Harden (10.9) are all also scoring in double figures for Loyola, while Harden leads the team with four assists and two steals per outing.

Loyola will continue its three-game SSAC homestand this week, hosting Blue Mountain Christian on Thursday at 7:30 p.m. and Stillman on Saturday at 2 p.m.