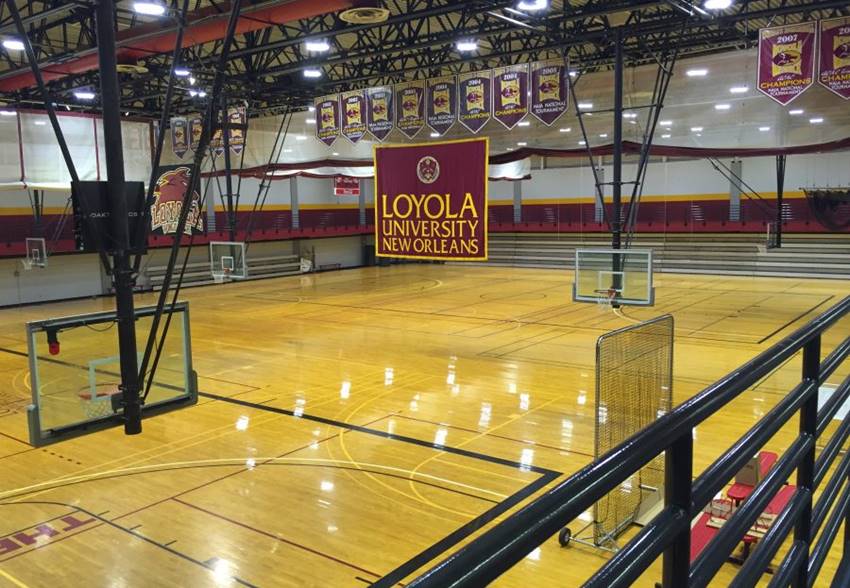 NEW ORLEANS – The Loyola University New Orleans Athletics Department is pleased to announce the return of the Loyola Wolf Pack Hall of Fame inductions with three set to be honored in early 2022. The 2013-14 women’s basketball team, former baseball player Luis Anguizola (’19) and former basketball athlete Robert Lovaglio (’15) make up the 2021-22 hall of fame class, and the induction weekend is scheduled for Feb. 11-12.

For more information on Hall of Fame weekend: https://spark.loyno.edu/hall-of-fame-2022

Loyola graduate and sports broadcaster pioneer Ro Brown (’78) will also receive the department’s St. Sebastian Award, which is given to an individual who has exhibited outstanding efforts on behalf of Loyola athletes on and off the field of play.

As part of the Hall of Fame weekend, the Wolf Pack women’s and men’s basketball teams are scheduled to host Talladega College at noon and 2 p.m. on Saturday, Feb. 12, and it’ll be the last home games of the season for the two teams. The inductees will be recognized at halftime of the men’s game as well. Following the two games, which are being played in The Den, a reception will be held in the St. Charles Room of the Danna Student Center at 4 p.m. while the induction ceremony will begin at 5 p.m.

“We are excited for the return of the Wolf Pack Hall of Fame Ceremony,” Loyola Director of Athletics Brett Simpon said. “This class is a truly remarkable group who set the foundation for the success we are achieving today.  We look forward to hosting them and their loved ones back on campus while celebrating their accomplishments  in February.”

Luis Anguizola played baseball at Loyola from 2014-16 and was subsequently drafted in the 25th round by the San Diego Padres during the 2016 MLB Draft. Anguizola proved to be one of the best hitters in the Wolf Pack’s history, producing a program-best .392 career batting average while holding school records for most hits in a season (80) and most doubles in a season (27) during his final season with the Pack. 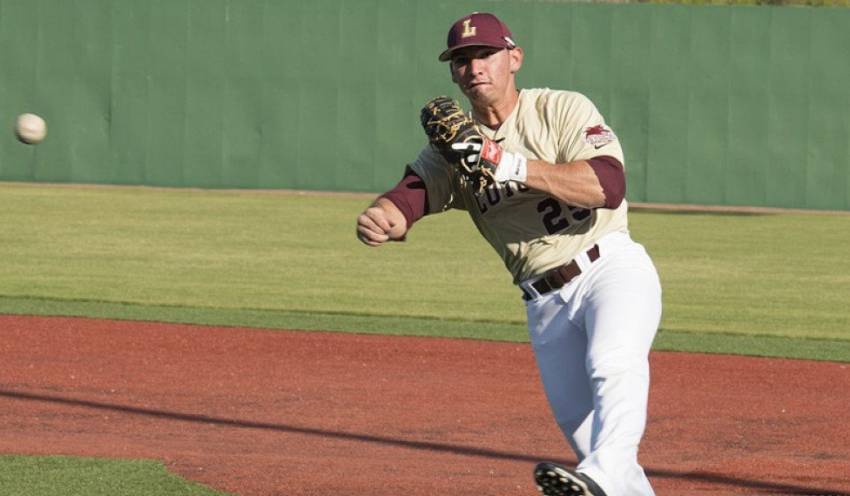 In 2016, he was No. 2 in the entire National Association of Intercollegiate Athletics in total doubles and doubles per game, his .428 batting average was No. 15 in the NAIA, his slugging percentage of .738 was No. 18, and his 2.5 total bases per game was No. 26. Anguizola was also a first-team All-Conference selection, an NAIA All-American honoree, and a Louisiana Sports Writers Association College Baseball second team selection that year. As a first baseman, Anguizola limited himself to seven errors, for a .991 fielding percentage. He was No. 15 in the NAIA in total putouts in 2016.

“I had the privilege of being Luis’s teammate for two years,” Spencer Rosenbohm (’18), who was Anguizola’s teammate from 2014 to 2016 and nominated him for the Hall of Fame, said. “During that time, I saw an elite talent week in and week out. Watching Luis hit batting practice was a thing of beauty. But more than the monster-shot home runs over the giant scoreboard at Segnette, more than the glovework at first base bailing out us infielders, Luis was the type of teammate you could call a brother. A silent leader, Luis was always encouraging us, setting the standard as a hard worker and competitor for us to follow, and was that player that made everyone around him better.”

Men’s basketball star Robert Lovaglio played for former head coach and athletics director Michael Giorlando and current head coach Stacy Hollowell from 2010-2015.After 99 career games, Lovaglio finished his career in the Top 10 in the scoring, rebounding and assists categories. He’s No. 7 all-time in program history with 1,541 points, eighth all-time with 620 career rebounds, and No. 9 all-time after totaling 222 career assists.

As a junior in 2012-13, he was 13th in the NAIA with 19.7 points per game and 15th in total scoring with 590 points that season, which was the sixth-most in program history. His sophomore season the year prior, the first 20-win season for the program since the 1940s, Lovaglio was an NAIA All-American and LSWA All-Louisiana honoree. He also made the Southern States Athletic Conference All-Freshman Team in 2011 and he was an all-conference selection each of the remaining three seasons he played. He missed the 2013-14 season due to an injury, unfortunately. 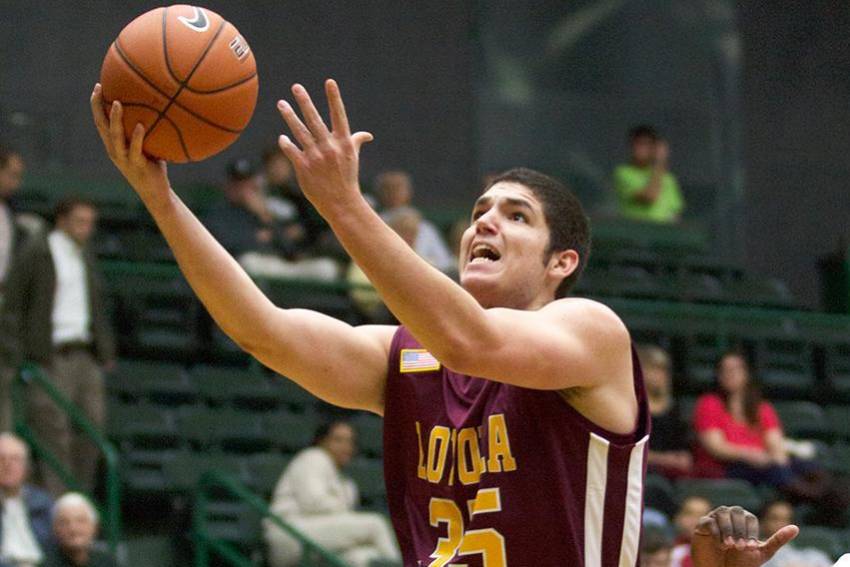 Loyola went 66-51 (34-32 in conference play) in the four seasons Lovaglio was available to play, three of which were under Giorlando while one was under Hollowell. Each campaign was a winning season as well.

“Rob Lovaglio’s selection of being inducted into the Loyola Athletics Hall of Fame is most deserving,” Giorlando said. “He’s one of the toughest and most skilled players to wear the maroon and gold. Rob’s ability to get in the paint, get fouled and somehow finish the play was uncanny and drove opposing coaches nuts. Rob’s accolades and superlatives speak for themselves and it was truly a privilege and an honor to have been his coach.”

The 2013-14 Wolf Pack women’s basketball team was 23-12 overall and made an appearance in the NAIA National Championship quarterfinals for the second time in school history.

After winning the Southern States Athletic Conference West Division, the Wolf Pack took down Georgetown College, 87-80, and Our Lady of the Lake University, 72-67, in the NAIA tournament to set up a matchup with John Brown University in the quarterfinals. Loyola led with 11 seconds to go in that game, but a late 3-pointer by JBU ended Loyola’s historic season. It was only the second time a Loyola women’s basketball team had reached the national quarterfinals, though the prior run to that stage of the tournament in 2008 had ended with an 18-point defeat.

“That team was such a fun and determined group to coach,” head coach Kellie Kennedy said. “The leadership on that team was just so good, it is not surprising the level of success that we had. They were confident about who we were and how far they wanted to go.”

Senior Jasmine Brewer led the team in scoring, rebounding and steals, notching 13.6 points, 7.7 boards and 60 total steals that season. Junior Janeicia Neely was second on the team in scoring 13.4 points per game, but she had a team-high 4.2 assists per game. Brewer also ranked 23rd in the NAIA for total rebounds (271) and Neely was 11th nationally for her assist-per-game average. Freshman Megan Whittaker finished No. 2 in the entire NAIA in 3-pointers made (103), and she was also No. 6 in the NAIA in 3-pointers made per game (2.9) and No. 19 in 3-point field goal percentage (40%). 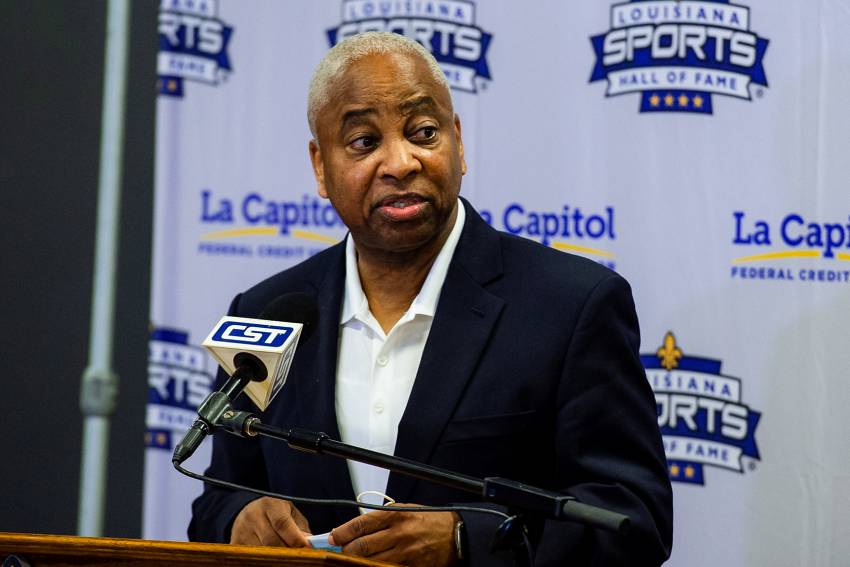 Ro Brown became the first on-air African-American sports anchor-reporter in New Orleans in 1978, and he spent the better part of four decades being the most trusted voice in the Crescent City. Brown spent the majority of his career at WDSU in New Orleans working the sports beat, and his work paved the way for future generations of sportscasters in the area. To celebrate his illustrious career, he was inducted into the Louisiana Sports Hall of Fame last summer.

“Not only has Ro been a key figure in the New Orleans sports scene, but he’s also has been a tremendous advocate for Loyola athletics,” Simpson said. “He’s continued to promote, support and offer his time in an effort to make our Athletics Department the best it can be, and we’re so grateful for the love of Wolf Pack athletics he brings.”