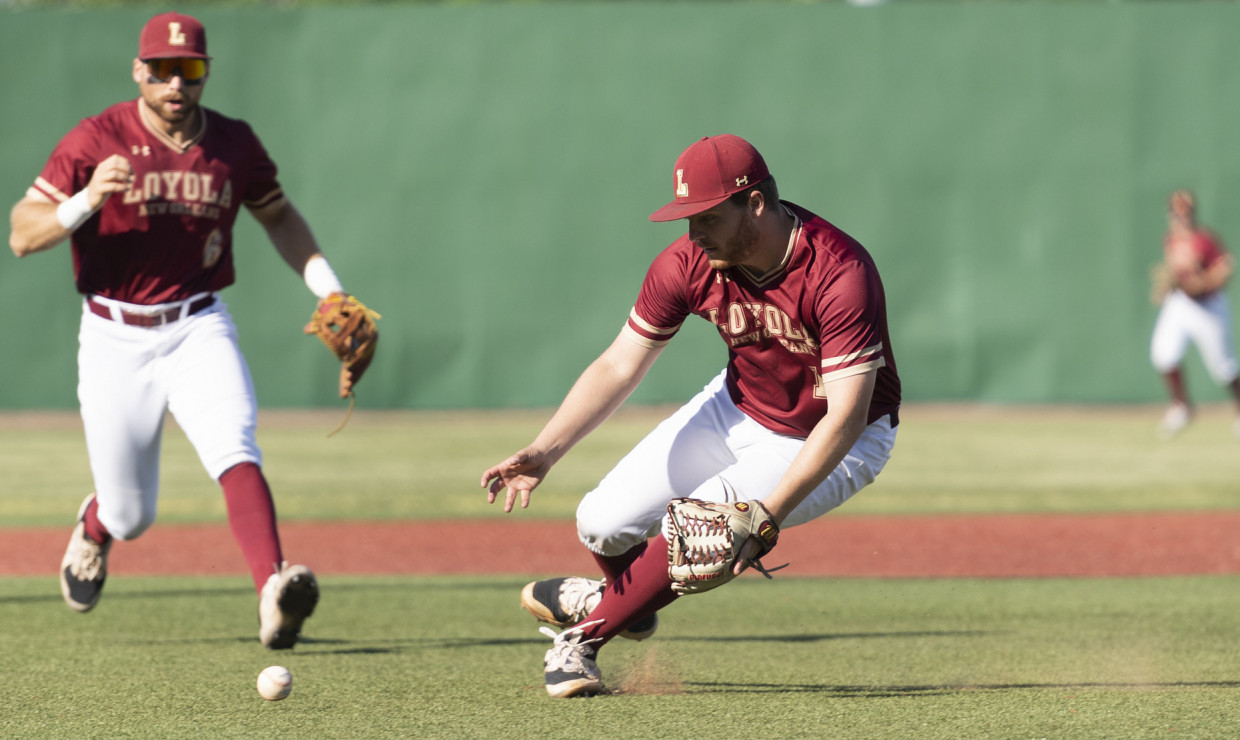 SHREVEPORT, La. – Another historic season for the Loyola Wolf Pack came to an end on Thursday against top-seeded LSU Shreveport in the NAIA Baseball Championship Opening Round.

In a winner-take-all game and a trip to the NAIA World Series on the line, the teams had a back-and-forth battle until the very end, when the Pilots walked it off with a home run in the 10th inning to defeat the Wolf Pack 9-7.

Entering the Shreveport Bracket having never won an Opening Round game, the Wolf Pack earned not just one, but three victories in the tournament. Loyola finished the season at 36-24 overall, tying last year’s team for the most wins in a season in program history.

Loyola jumped out to an early lead in the game behind three hits in the first inning. Cullins led off with a single to right, later being driven in on a double from Payton Alexander. An RBI single from Jake Mills then made it a 2-0 ballgame as Alexander came home.

The Pack added to their lead in the next inning, as Cameron Trosclair and Aaron Davis both drew walks before coming home to score off two base hits from Cullins and Luke Clement. Over the next few innings, however, the Pilots would tie things up at 4-4.

Allen Dennis led off the fifth frame with a single, later being scored on a sacrifice fly from Payton Alexander to put the Wolf Pack ahead 5-4. Again, the Pilots answered quickly, tying the game in the sixth inning and taking their first lead with a two-run home run in the seventh.

After a controversial double-play call in the top of the eighth gave the Wolf Pack two outs, Trosclair was able to get the Pack back in the game with a two-run homer of his own, with Christopher Bohrer scoring after previously hitting a double.

The teams stayed tied at 7-7 until the 10th inning, where the Pilots walked it off with a two-out home run.

PACK FACTS
Loyola finished with an overall record of 36-24, tied for the most team wins in a season in program history.

The Wolf Pack set several other single-season program records, including most runs (423), most hits (535), and most home runs (63).

Allen Dennis scored one run on Thursday, tying him for the single-season program runs record. He’s scored 61 runs this season. This is his second single-season record this year, as he broke the school record with 15 home runs in 2022.

Payton Alexander’s name also appears all over the record book, as he will finish his career second in Loyola history in career runs (178), home runs (25), RBI (160), and stolen bases (70), third in career hits (232), fourth in at-bats (696), tied for seventh in career doubles (40), and he and Dennis are tied for second all time with nine triples each.

Alexander also broke Loyola’s single-season runs record last year with 61, a record he now shares with Dennis. He scored 55 runs this season, which is the fourth-most in a season in program history.

For his career, Alexander had a .333 batting average, which is tied for the ninth-best in school history. Dennis finished this season hitting .371, bringing his career batting average up to .317.

Luke Clement led the team in batting average this season, and his .398 mark will go down as the fourth-best in program history for a single season.

Cameron Trosclair entered the record book on Thursday, as he’s up to nine home runs this season, tied with Payton Alexander and three others for the 10th-most in program history.

Brenden Taravella pitched 4.1 solid innings in the championship game, and he cemented his place in Loyola’s record book as well. With a team-high six strikeouts in the game, he’s up to 63 this season, the ninth-most strikeouts in a season in school history.

For his career, Taravella threw 225 strikeouts in 225 total innings pitched. The strikeouts will rank as the second-most in a career in Wolf Pack history, while the innings pitched are the eighth-most. He finished his Loyola career with 15 wins and 10 saves.

Taravella will share a spot with Brett Fisackerly for a single-season Loyola record. In 2018, Taravella struck out 47 batters in 36.0 innings pitched, setting a new school record with 11.75 strikeouts per nine innings. After his outing today, Fisackerly finished the season with those exact same numbers, 47 strikeouts in 36 innings.

Stephen Still, who will own the Wolf Pack strikeouts record with 95 this season, also threw 10.6 strikeouts per nine innings, the fifth-most all-time. His season ERA of 2.75 is also the ninth-best in school history, and he led the team with 85.0 innings pitched this season.