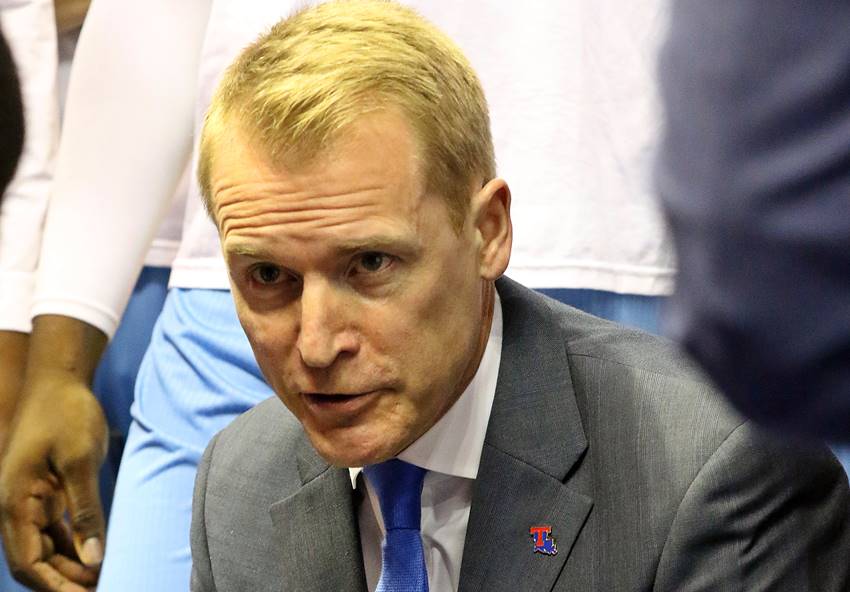 RUSTON – Louisiana Tech men’s basketball head coach Eric Konkol garnered his second Coach of the Year honor as the Louisiana Association of Basketball Coaches (LABC) announced on Friday he was the recipient of the Tommy Joe Eagles Award.

The award, named after the former Bulldog head coach, is given to the top head coach in major college basketball in the state of Louisiana. A month ago, Konkol was also named the state coach of the year by the Louisiana Sports Writers Association (LSWA).

In the shortened 2019-20 season, Konkol helped lead LA Tech to a 22-8 overall record, the most victories of any Conference USA team and of any Louisiana Division I team. The Bulldogs also finished with a 13-5 league record, finishing in a tie for second place.

The ‘Dogs, who had the highest NET ranking and highest KenPom ranking of any C-USA squad, had several marquee wins, including a 74-67 victory in non-conference at Mississippi State which ended their SEC-leading 26-game non-conference winning streak.

The biggest one in league play came at North Texas, winning 73-71 to hand the C-USA regular season champions their only conference home loss.

LA Tech finished with seven road wins to go along with its 15-1 home record. They were one of only eight teams in the country to rank in the top 40 in FG percentage and FG percentage defense.

The LABC announced its awards via social media in lieu of its annual banquet in Baton Rouge being canceled due to the public health threat of COVID-19.