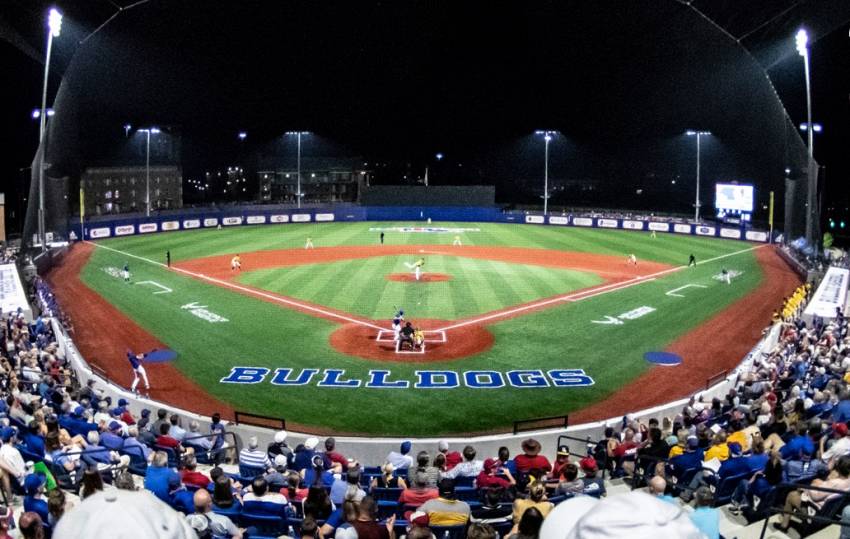 “When we think about scheduling, we think about preparing for a postseason run,” said Burroughs.” Our goal was to challenge our team while also providing our fans with some great baseball. The Love Shack was electric last year, and I know our guys are looking forward to playing in front of some capacity crowds again. We have 32 home games that include great in-state match-ups, some marquee non-conference series and 15 conference games.”

“Conference USA keeps getting better every year as we sent four teams to NCAA Regionals last year. We have to play three of those teams on the road this year, so it is a challenging schedule but I feel we will be up to the task.”

Louisiana Tech opens the 2022 season with seven consecutive home contests, beginning with a series against Wichita State (Feb. 18-20). The Bulldogs will then host LSU (Feb. 23) in a mid-week contest for the first time since the Tigers visited Ruston in 1997. The Bulldogs wrap up the month of February with a three-game series against Tulane (Feb. 25-27).

Tech will hit the road for the first time to take on Nicholls State (March 1) and Southeastern Louisiana (March 2) on bake-to-back days, before matching-up against McNeese State in Lake Charles, La.

The Bulldog’s will return to the Love Shack for single-game contests with UL-Lafayette (March 8) and Southeastern Louisiana (March 9), as well as a three-game series against Houston Baptist (March 11-13).

Following a single-game at ULM (March 15), the Diamond Dogs will open up Conference USA play with a series at UTSA (March 18-20), before traveling to take on LSU (March 22) in Baton Rouge, La. Tech closes out the month of March with a home conference series against FIU (March 25-27) and single-game against Dallas Baptist.

April will see the Bulldogs travel to Southern Miss (April 1-3) before returning home for contests against UL-Lafayette (April 5), Rice (April 8-10) and Northwestern State (April 12). LA Tech will then make the trip to Huntington, W.V. for a three-game slate against Marshall.

Tech will play host to Little Rock (April 19) for a midweek clash, before Middle Tennessee (April 22-24) makes their way into town. The Diamond Dogs wrap-up the month of April with contests at Little Rock (April 26) and defending C-USA champion, Old Dominion (April 29 – May 1).

Tech will battle ULM (May 3) in a I-20 showdown, before traveling to Natchitoches for a single game against Northwestern State (May 4). The Bulldogs will finish out their home slate with series against Florida Atlantic (May 6-8) and Western Kentucky (May 13-18) before closing out the regular season with a trip to Charlotte (May 19-21).