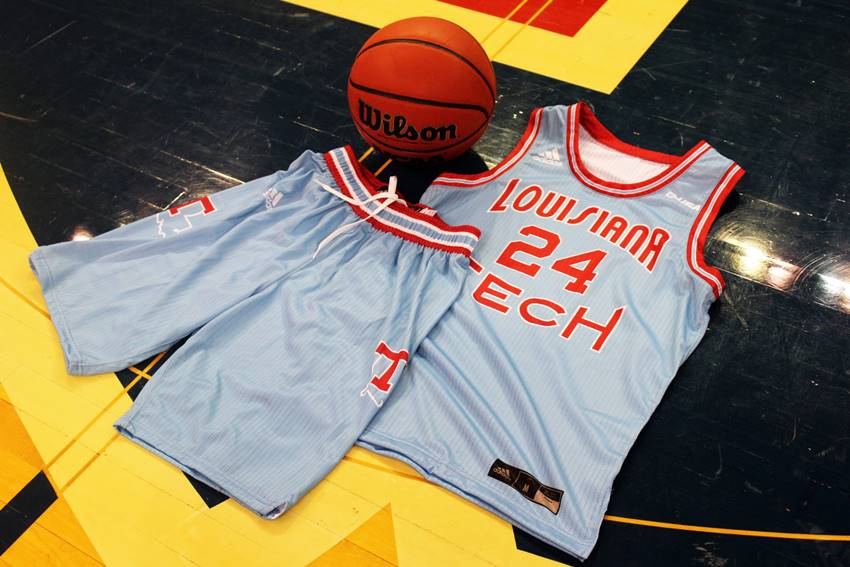 RUSTON – In 1982, players like Karl Malone, Willie Simmons and Wayne Smith began what would be a decade of dominance by Louisiana Tech men’s basketball, or better known as the newly-minted Dunkin’ Dogs.

That same year, those soon-to-be legends started this amazing run of 20+ win seasons and several conference titles and postseason berths with new uniforms.

Specifically, the road jerseys they wore were primarily a light blue color (Columbia blue) made famous by the historic Lady Techster basketball program.

And during this upcoming 2019-20 season, the Bulldogs are turning back the clock with the exact replicate of those uniforms that were also worn by other legends like Randy White, Anthony Dade and PJ Brown.

“This year is the 125th anniversary of Louisiana Tech University and wearing this uniform celebrates the rich tradition of our school and basketball program,” said head coach Eric Konkol. “This design replicates the Karl Malone led “Sweet Sixteen” team in 1985, among many other great Bulldog teams. We are proud to honor the legendary players that wore this uniform.”

The throwback uniform has the custom font with “Louisiana” and “Tech” in a horizontal arc style filled with a power red color surrounding the jersey number in the LA Tech font, all with white outline.

No names are printed on the back of the jerseys, just the oversized number. And on both sides of the shorts is the State and T logo with a white outline and the T in the same power red color.

The debut of the uniform will be on December 14th when LA Tech hosts Louisiana-Lafayette inside the Thomas Assembly Center on Karl Malone Court in what will be the 165th meeting between the two in-state programs.

Beyond that, the alternate uniform will only be worn on select games throughout the season.