Tulane pitchers kept the game close, but for the second game in a row, the bats were silenced by Louisiana Tech’s arms.

“Anytime in defeat, the most important thing is to give credit to the opponent, and obviously, their pitcher had our number today,” head coach Travis Jewett said. “They’re a very good team, and they have us knocked down on the ground. We are going to have to find a way to bounce back tomorrow.”

Senior righty Trent Johnson (1-2) started for the Green Wave for the second time this season and allowed one run on two hits and struck out three over four innings.

Junior right-hander Ryan Jennings (2-1) took the mound for the Bulldogs and tossed a two-hit shutout. Jennings struck out six and walked two.

Louisiana Tech started the scoring in the top of the fourth with a pair of singles to go up 1-0, but Johnson ended the threat with a big strikeout that stranded a runner on third.

Tulane rallied in the bottom of the inning, loading the bases with two outs, but wasn’t able to break through with a clutch hit.

Tulane threatened again in the eighth inning when they put runners on second and third with two outs, but were unable to plate any runs.

Robert Price pitched a clean top of the ninth, but the Wave were shut down once again in the bottom half of the frame.

“I think we’re training well and I think we just have to keep coming,” sophomore Collin Burns said. “The hits will come. Baseball is a game of ups and downs.”

Up Next
First pitch of game three of the series is tomorrow at 1 p.m. at Greer Field at Turchin Stadium. 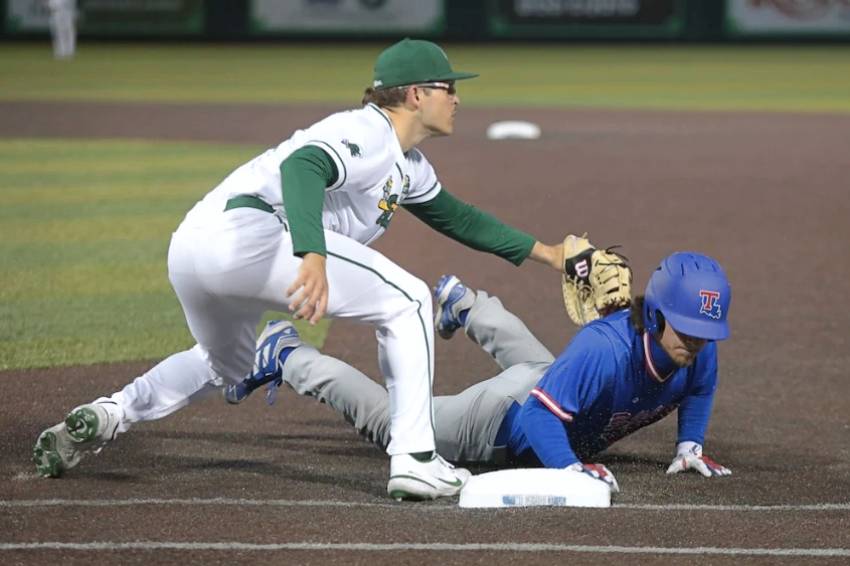 Redshirt junior Jonathan Fincher (4-1) got the start for the Bulldogs and pitched a one-hit shutout.