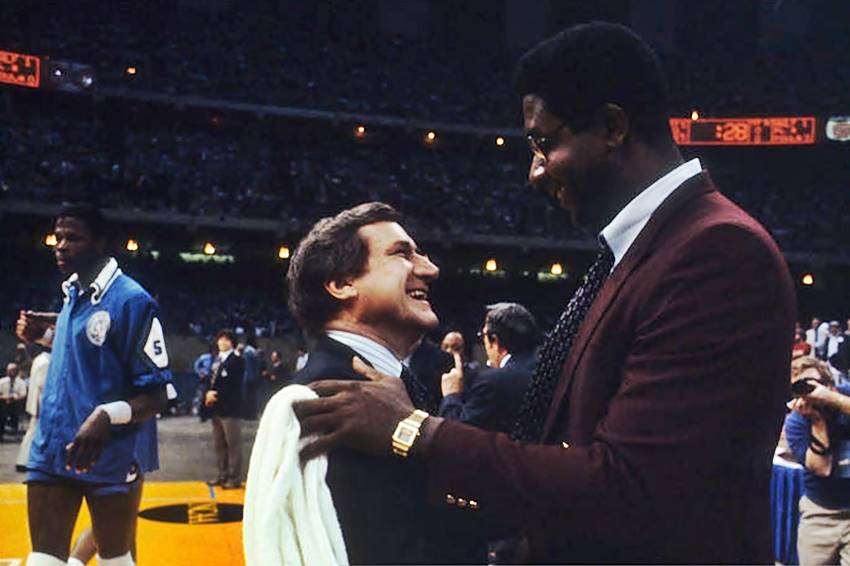 It’s a long way from southeast Louisiana to our nation’s capital, but former Georgetown coach John Thompson built a pipeline to bring some of this area’s best high school basketball players from New Orleans to Washington.

Thompson, the Hall of Fame coach who won 596 games and the 1984 national championship at Georgetown, died early Monday at the age of 78.

From 1985-93, Thompson signed five players from New Orleans, but a decade earlier, he plucked his first player from the Crescent City in former St. Augustine standout Steve Martin.

“Of all the people that has had an influence on my life, outside of my parents, I would say Coach Thompson had the biggest,” Martin, now the commissioner of the Mississippi Association of Community Colleges Conference, said Monday. “I wouldn’t have made it through Georgetown without Coach Thompson. He was extremely impactful.”

Four straight Final Four appearances and a national title made Georgetown one of the most attractive choices for a high school basketball player, and Thompson came into New Orleans to get the likes of Perry McDonald from Carver, Jaren Jackson from Cohen, Johnathan Edwards from O.P. Walker, Dwayne Bryant from De La Salle and Duane Spencer from Cohen.

Rest in Heaven Coach! I’m forever grateful for the life lessons you taught me and all the players you coached. It’s…

“After I graduated and I returned to New Orleans, I’d stay in contact with coaches,” said Martin. “It was extremely important for me to play a role and providing insight and direction (to high school players). I wasn’t on staff but I participated in their recruitment. It was important for me to let them know they were going to be in good hands.

“I know Coach Thompson’s goal was first, to graduate young black men and mold them into a better life. He instilled that in me, so it was important for me to instill that in younger guys.”

In addition to recruiting players from the area, Thompson also played big games here, starting his string of Final Four appearances in the Superdome in 1982 and returning to Poydras Street seven years later to face LSU in a game that set the NCAA’s attendance record.

While the 1980s and 1990s produced high-quality college basketball in Louisiana, it wasn’t uncommon for players to want to leave the state, and Thompson not only provided an opportunity, but helped elevate the sport on the high school level in Louisiana.

“Prior to that, we were still known as a football state and a football city,” Martin said. “Coach Thompson really changed the thinking of basketball in this city, and the culture and the hopes of young black kids and their families.

“That meant a whole lot to the basketball culture (of New Orleans). I think it grew around the state.”

Martin and Thompson continued to speak about once a month.

“As I took on different positions, he was one of the first people I would call to give me advice,” he said. “He was always available. He remained an influence in my life from Georgetown through today.”

As players and coaches have supported causes of social injustice this summer, Thompson was one of the first to do so, walking off the court before a 1989 game against Boston College in protest of the NCAA’s Proposition 48, which took away a year of eligibility from signees who did not meet certain academic standards, including standardized testing.

As a result, there’s “definitely an irony” to the timing of Thompson’s death, Martin said. “I’m pretty sure we know he’s resting in a better place, but he’s smiling down from heaven.

“The sports world will miss somebody that was special. He won basketball games, he won championships, but the social impact he had around the country, he took a stance 30 years ago walking off the court.”

The man they called “Big John” also made a big presence in Louisiana.