Louisiana native Robby Albarado to retire from saddle this weekend 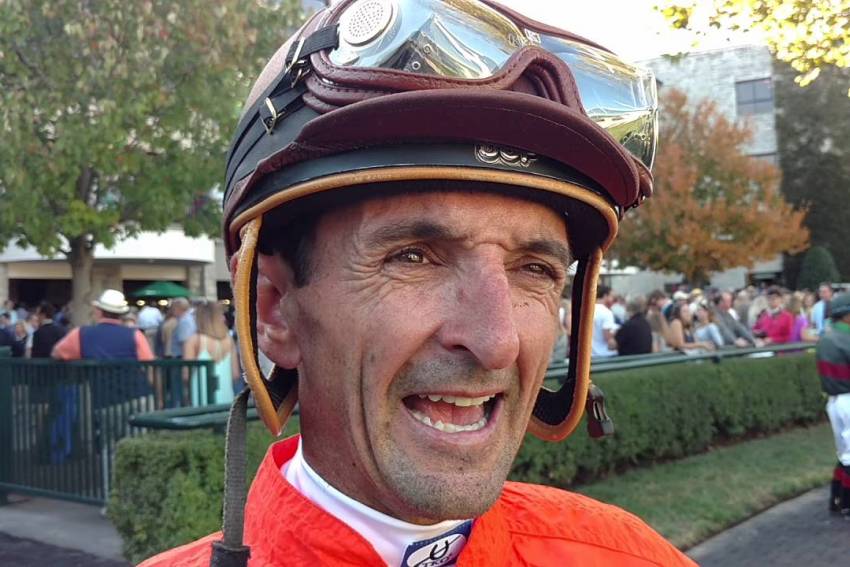 Robby Albarado, a native of Lafayette who experienced some of his greatest successes as a jockey riding the winter circuit at Fair Grounds, will retire from the saddle this weekend.

The 48-year-old Albarado told Daily Racing Form’s Marty McGee his last mount will be Saturday night at Turfway Park in northern Kentucky. After a few weeks off, he plans to become a jockey agent.

“It’s time,” Albarado told DRF. “I’ve been thinking about this for quite a while now.”

As of Wednesday, Albarado had only accepted 93 mounts in 2021.

Nearly one-third of Albarado’s 5,222 career wins came at the Gentilly oval. Twice, he has hit milestones in New Orleans, including his 5,000th career win on Jan. 22, 2017, aboard Vivacious V.V., a victory that put him in a select group of Louisiana-born jockeys to top the 5,000-win plateau.

Albarado, who won his first race at Evangeline Downs in 1990, ranks 30th all-time in wins among North American jockeys and 15th in purse earnings by his mounts, which totals more than $221 million.

Twice in his career, Albarado was the regular rider of the eventual Horse of the Year – Mineshaft (2003) and Curlin (2007-08). He piloted Curlin to wins in the Preakness and Breeders’ Cup Classic. In October 2020, he again won the Preakness aboard Swiss Skydiver.

Curlin was the first of three career Breeders’ Cup wins for Albarado, who also captured the 2009 Juvenile Fillies Turf on Tapitsfly and the 2011 Mile aboard Court Vision.

Albarado battled injuries throughout his career, including one in 2011 that cost him a Kentucky Derby mount. His scheduled mount, Animal Kingdom, went on to win the “Run for the Roses” with John Velasquez aboard. He sustained skull fractures in 1998 and 1999 and had a titanium mesh and polymer plate placed over a portion of his skull.

Albarado received the George Woolf Memorial Award in 2004 at Santa Anita Park and was inducted into the Fair Grounds Racing Hall of Fame in 2005. He was twice on the ballot for the National Museum of Racing Hall of Fame but did not receive enough votes for election.