Louisiana by the Numbers: The best of every uniform (70-79) 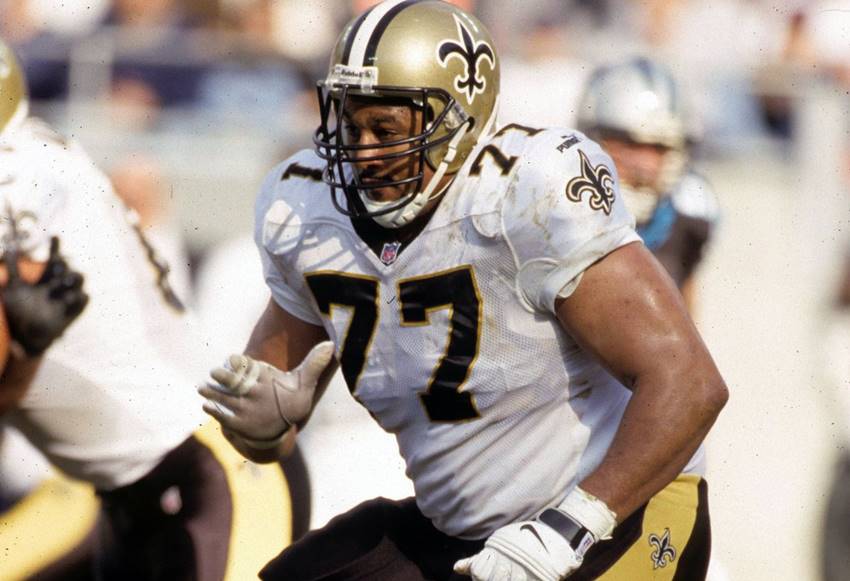 Part 3 of a series

No. 70 – Fred Dean, LA Tech football (1971-74): Dean launched a hall of fame career in Ruston nearly a half-century ago. After an all-conference career at Tech, Dean was a second-round pick of the San Diego Chargers in 1975. In 11 NFL seasons – 6½ with the Chargers and 4½ with the San Francisco 49ers – he had 93 sacks, including a then-NFL record six in one game against the Saints in 1983. He was inducted into the Pro Football Hall of Fame in 2008.

No. 71 – Ryan Ramczyk, Saints (2017-present): In just three short years, Ramczyk has gone from the final pick of the first round of the 2017 NFL Draft to perhaps the best right tackle in the NFL. He was a second-team All-Pro in 2018 and a first-team selection in 2019. The Saints have won the NFC South in each of Ramczyk’s three seasons.

No. 72 – Glenn Dorsey, LSU football (2004-07): Before LSU became “DBU,” Dorsey was arguably the most accomplished defensive player in school history. He won the Lombardi, Outland, Lott and Nagurski Awards as a senior, his second straight All-America campaign, in helping the Tigers win the 2007 national championship. He went to play eight NFL seasons with the Kansas City Chiefs – who selected him fifth overall in the 2008 NFL Draft – and San Francisco 49ers.

No. 73 – Jahri Evans, Saints (2006-16): The former fourth-round pick in the 2006 NFL Draft started from Day 1 in New Orleans and never vacated his spot at guard for 11 years and 169 games. He made six Pro Bowls, was a four-time All-Pro selection and was twice selected to the NFL Top 100 list during his Saints career. More honors are certainly to come for Evans post-career.

No. 74 – Derland Moore, Saints (1973-85): The durable defensive lineman played in 170 games over 13 seasons with the Saints. Moore was a second-round selection in the 1973 NFL Draft out of Oklahoma, where he arrived as a walk-on. Moore earned a Pro Bowl nod in 1983. He’s a member of the Saints Hall of Fame and the Missouri Sports Hall of Fame.

No. 75 – Andrus Peat, Saints (2015-present): A very close call here, but in the end, Peat’s Pro Bowl berths the last two seasons make him the choice. The former first-round pick out of Stanford has been a starter on the Saints’ offensive line since his rookie year. He’s shown his versatility by starting at every spot on the line except center, but he has found a home most recently at left guard.

No. 76 – Andrew Whitworth, LSU football (2002-05): The two-time All-SEC selection also earned second-team All-America honors as a senior with the Tigers. At age 38, Whitworth is set to play his 15th NFL season, continuing a stellar pro career that includes a pair of All-Pro selections and four trips to the Pro Bowl.

No. 77 – Willie Roaf, Saints (1993-2001): The eighth overall pick in the 1993 NFL Draft out of Louisiana Tech, Roaf became one of only three players to reach the Pro Football Hall of Fame after playing a significant portion of their career in a Saints uniform. Roaf started each of the 131 games he played in New Orleans, made seven consecutive Pro Bowl appearances from 1994-2000 and was a five-time All-Pro (twice named first team) during his Saints career.

No. 78 – Ron Estay, LSU football (1969-71): The Raceland native was an All-American in 1971 and was twice named All-SEC. He spurned the Denver Broncos, who drafted him in the eighth round of the 1972 NFL Draft, to pursue a career in Canada, where he won six Grey Cups in an 11-year career and was twice named a CFL All-Star. He was a 2003 selection into the Canadian Football Hall of Fame and was elected to the Louisiana Sports Hall of Fame in 2006.

No. 79 – Charlie Hall, Tulane football (1971-74): Hall was one of the stars of a 1973 Tulane defense that pitched three shutouts, including a 14-0 victory over LSU that was the Green Wave’s first over the Tigers in a quarter-century. He was a Walter Camp All-American that season. After being chosen by the Saints in the fourth round of the 1975 NFL Draft, injuries derailed Hall’s pro aspirations.