Louisiana by the Numbers: The best of every uniform (60-69) 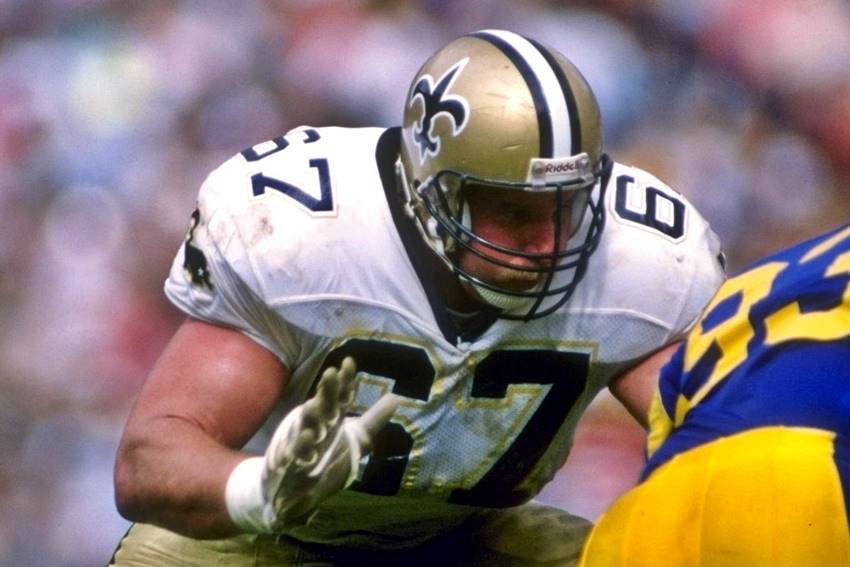 Part 4 of a series

No. 60 – Roy “Moonie” Winston, LSU football (1959-61): A unanimous All-America selection as a senior guard/linebacker with the Tigers in 1961, Winston was a fourth-round pick of the Minnesota Vikings, where he played his entire 15-year NFL career at linebacker and started in three Super Bowls. He is a member of both the LSU and Louisiana Sports Hall of Fame.

No. 61 – Howard “Bucky” Bryan, Tulane football (1933-36): Long before Taysom Hill became the poster child for multiple roles, there was Bryan, who played in the first Sugar Bowl for Tulane. Bryan was a halfback and quarterback on offense who also punted and was a return specialist. In the same 1933 game on a muddy field at Georgia Tech, Bryan punted 20 times – still a school record – and had a 100-yard kickoff return for the game’s only touchdown. He was a fourth-round pick of the Chicago Cardinals in the 1937 NFL Draft.

No. 64 – Tyler LaFauci, LSU football (1971-73): LaFauci, one of the greatest to come out of New Orleans’ De La Salle High School, earned first-team All-America honors with the Tigers in 1973. He was a team captain on that LSU team that reached the Orange Bowl. Instead of playing pro football, though, LaFauci remained in school for postgraduate work in physical therapy, a job he continues to hold in Baton Rouge.

No. 65 – LeCharles Bentley, Saints (2002-05): Until Michael Thomas came along, Bentley was the best second-round pick out of Ohio State in Saints history. In four seasons with New Orleans, he made two Pro Bowls and the 2002 All-Rookie team. Bentley would sign a six-year, $36 million contract with the Cleveland Browns in 2006, but never played another NFL down after tearing a tendon in his knee and then contracting a staph infection during rehab. 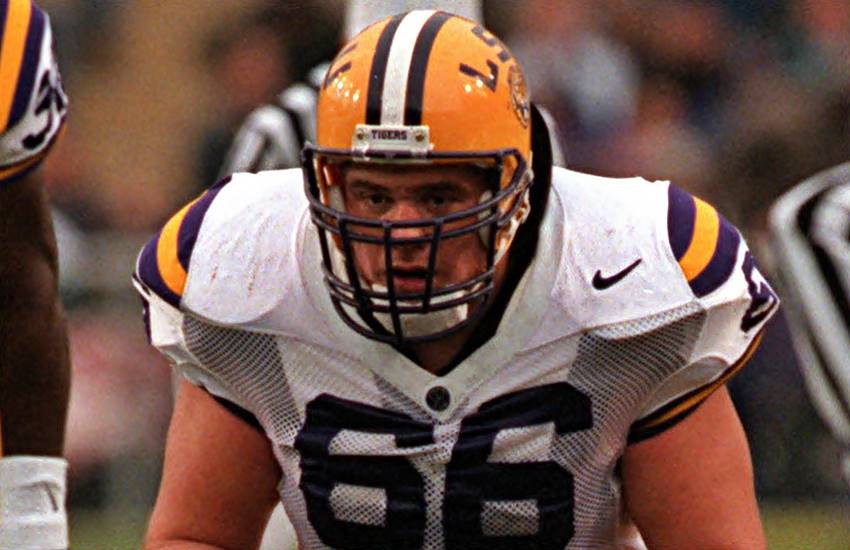 No. 66 – Alan Faneca, LSU football (1995-97): Originally from New Orleans, Faneca’s family moved to Texas before he returned to his home state to attend LSU, where he was a consensus All-American in 1997. The 26th pick in the 1998 NFL Draft by the Pittsburgh Steelers, Faneca reached the Pro Bowl in nine consecutive seasons from 2001-09 and was named first-team All-Pro six times in a 13-year career with the Steelers, New York Jets and Arizona Cardinals. Faneca was a 2014 inductee into the Louisiana Sports Hall of Fame and has been a five-time finalist for the Pro Football Hall of Fame.

No. 67 – Stan Brock, Saints (1980-92): Brock, the Saints’ first-round pick in the 1980 NFL Draft, played in 188 games in New Orleans – all at right tackle – and was part of the franchise’s first four playoff teams. Brock played his final three seasons in San Diego and reached a Super Bowl with the Chargers. He was a 1997 inductee into the Saints Hall of Fame.

No. 68 – Kyle Turley, Saints (1998-2002): Turley, the seventh pick in the 1998 NFL Draft out of San Diego State, was a first-team All-Pro in 2000 when the Saints scored their first-ever playoff victory. He started at three different offensive line positions (left guard, right tackle and left tackle) during his five seasons in New Orleans. His injury-shortened career would end with brief stints in St. Louis and Kansas City.

No. 69 – Anthony Hargrove, Saints (2009-10): After sitting out the entire 2008 season because of a drug suspension, Hargrove was reinstated by the league and signed by the Saints in 2009. He had a big impact on the New Orleans defense in their Super Bowl season. In two seasons with the Saints, he had 66 tackles, six sacks, three forced fumbles and three fumble recoveries, including one for a touchdown.