Louisiana by the Numbers: The best of every uniform (40-49) 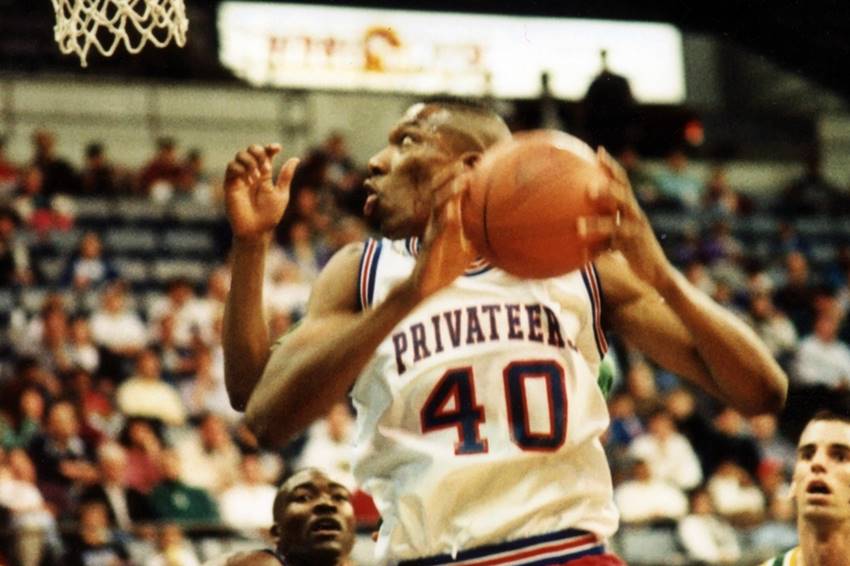 Part 6 of a series

The sixth of our 10-part series looks at Nos. 40-49, and as the numbers get lower, the candidates under consideration continue to grow.

No. 40 – Ervin Johnson, UNO basketball (1989-93): Johnson is the ultimate rags to riches story, arriving on the Lakefront as a former grocery store worker and leaving as the school’s No. 2 all-time leading scorer and having led the Privateers to two NCAA Tournaments and one NIT appearance. Johnson, who went on to a 13-year NBA career, had his number retired at UNO in 1997 and was inducted into the Louisiana Sports Hall of Fame in 2013 and the Greater New Orleans Sports Hall of Fame in 2018.

No. 41 – Pam Kelly (Flowers), LA Tech women’s basketball (1978-82): The first three-time All-American in the storied history of the Lady Techsters program, Kelly helped Tech win a pair of national championships and compile a 143-10 record, which included a 54-game winning streak. Her career totals of 2,979 points and 1,511 rebounds remain school records. She won the Wade Trophy, emblematic of the college women’s basketball player of the year, as a senior. In addition to having her jersey retired, Kelly is a member of the Women’s Basketball, Louisiana Sports and LA Tech halls of fame.

No. 42 – Calvin Natt, Northeast Louisiana basketball (1975-79): Natt made the short trip from Bastrop to Monroe to become the best player in the history of the now-Warhawks program. Natt had career averages of 23.0 points and 11.9 rebounds, scored 2,581 career points and was an All-American in 1979. He was the No. 8 overall pick in the 1979 NBA Draft and went on to play 10 seasons professionally, averaging 17.5 points per game. He’s a member of the ULM and Louisiana Sports halls of fame.

No. 43 – Darren Sproles, Saints (2011-13): Sproles joined the Saints as a free-agent signee after Reggie Bush was traded, and he made a huge impact in just three seasons as a big-play threat running and catching the ball and in the return game. In his first game with the Saints, he returned a punt for a touchdown against the Packers, which ignited an NFL single-season record for all-purpose yardage in a season with 2,696. Sproles had 3,048 yards from scrimmage and another 2,498 return yards as a Saint. He was named to the NFL’s all-decade team earlier this year.

No. 44 – Joe Delaney, Northwestern State football (1977-80): Delaney, a native of Haughton, rushed for more than 3,000 yards as a Demon before joining the Kansas City Chiefs, where he was the 1982 AFC Rookie of the Year after rushing for 1,121 yards. Delaney’s career was tragically cut short when he drowned in Monroe on June 29, 1983. He is a member of the Louisiana Sports and College Football halls of fame and was posthumously awarded the Presidential Citizen’s Medal by President Reagan.

No. 45 – Eddie Price, Tulane football (1946-49): When Price ended his final game with the Green Wave in 1949, he was the NCAA’s career leader in rushing yards with 3,095. He was the only Tulane back in the first 100 years of the program to have a 1,000-yard rushing season. Price was drafted by the New York Giants, where he twice was named All-Pro and led the NFL in rushing in 1951. He was a charter member of Tulane’s hall of fame and is also a member of the Louisiana Sports and Greater New Orleans Sports halls of fame.

No. 46 – Danny Abramowicz, Saints (1967-73): A 17th-round pick in the Saints’ first NFL Draft out of Xavier University in Ohio, Abramowicz not only made the club, but became a starter midway through his rookie year. In his first three full seasons as a starter, Abramowicz ranked in the top three in the NFL in receptions, including a league-best 73 catches for 1,015 yards in 1969, when he earned first-team All-Pro honors. He caught 309 passes in six-plus seasons in New Orleans. Abramowicz was a charter member of the Saints Hall of Fame and is also a member of the Louisiana Sports Hall of Fame.

No. 47 – Monk Simons, Tulane football (1932-34): The star of the first-ever Sugar Bowl, Simons was an All-American in 1934. Simons had a 85-yard kickoff return for a touchdown in the Green Wave’s victory over Temple on Jan. 1, 1935. He also scored the game-winning touchdown against LSU. After his playing career, Simons returned to his alma mater to coach football and baseball. Simons is a member of the Tulane, College Football, Louisiana Sports and Greater New Orleans Sports halls of fame.

No. 48 – Brad Davis, LSU football (1972-74): Davis, a native of Hammond, scored one of the most memorable touchdowns in LSU history, a pass from Bert Jones on the final play of the game to defeat Ole Miss in 1972. Davis was an All-SEC running back the next two seasons as he finished with 2,165 career rushing yards and 17 touchdowns. He had a brief NFL career after being selected by the Atlanta Falcons in the ninth round of the 1975 NFL Draft.

No. 49 – Todd Kinchen, LSU football (1988-91): A two-time All-SEC selection at wide receiver, Kinchen continued his family legacy by attending LSU. His father Gus and older brother Brian also played for the Tigers. He caught 112 passes in his LSU career, including 53 as a senior. Kinchen went on to play seven NFL seasons with the Rams, Broncos and Falcons.