Louisiana by the Numbers: The best of every uniform (10-19) 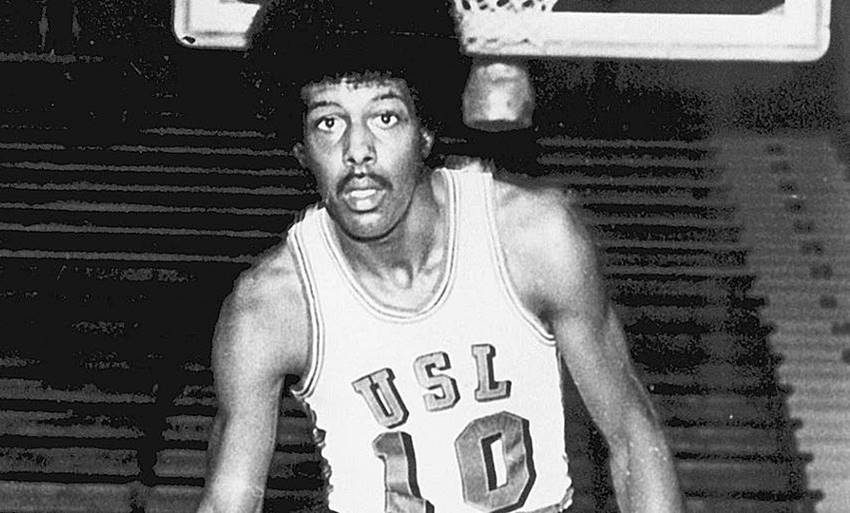 Part 9 of a series

The ninth of our 10-part series looks at Nos. 10-19. The “teens” may be the toughest set of selections yet.

Now, our latest picks for the best to wear each number:

No. 10 – Bo Lamar, USL basketball (1969-73): Among a bunch of great “dimers,” Lamar’s career stands out. Lamar was twice named first-team All-American in leading the Ragin’ Cajuns to the NCAA Tournament in each of their first two seasons in Division I. He scored 3,493 career points, an average of 31.2 per game and is the only player to lead both the college and university divisions in scoring. Lamar was the No. 1 overall pick in the 1973 American Basketball Association draft and went on to play four professional seasons – three in the ABA and one in the NBA, with the Los Angeles Lakers. He is a member of the Louisiana Sports Hall of Fame.

No. 11 – Teresa Weatherspoon, LA Tech women’s basketball (1984-88): In 1988, “Spoon” led the Lady Techsters to a national championship, won the Wade Trophy as national player of the year and won an Olympic gold medal that summer. The two-time All-American is still Tech’s career leader in assists and steals. After playing professionally overseas, Weatherspoon played eight seasons in the WNBA, making five all-star teams and leading the New York Liberty to three finals appearances. A 2019 inductee into the Basketball Hall of Fame, Weatherspoon is back in Louisiana as a player development coach for the Pelicans.

No. 12 – Terry Bradshaw, LA Tech football (1966-69): Before he became a four-time Super Bowl champion and Pro Football Hall of Famer in Pittsburgh, Bradshaw quarterbacked the Bulldogs. In his final two seasons at Tech, he led the Bulldogs to a 17-4 record, passing for more than 5,000 yards and accounting for 47 touchdowns. Bradshaw, named a first-team All-American in 1969, would become the No. 1 overall pick in the 1970 NFL Draft by the Steelers, where he played for 14 seasons, was the league’s MVP in 1978 and twice was named Super Bowl MVP.

No. 13 – Michael Thomas, Saints (2016-present): If anyone can crash this list after just four years, it’s Thomas, who has shattered records in his short time in New Orleans. He set an NFL record in 2019 with 149 receptions – the third consecutive year he has broken the Saints franchise record for catches. He also broke his own club record for receiving yards in 2019 with 1,725. His 470 catches through his first four seasons is also an NFL record. Thomas has been named to three Pro Bowls, has twice been chosen first-team All-Pro and was The Associated Press 2019 NFL Offensive Player of the Year.

No. 14 – Pete Gaudin, Loyola basketball (1955-58): Until 1972, Loyola had a Division I athletic program. And three times in the 1950s, the Wolf Pack made it to the NCAA basketball tournament, when the field was barely one-third the size of its current 68 teams. Gaudin was the leading scorer on two of those tournament teams, in 1957 and 1958. The former De La Salle standout scored 1,383 career points in three years at Loyola and went on to be selected by the Detroit Pistons in the 1958 NBA Draft. Gaudin returned to Loyola to get his law degree. 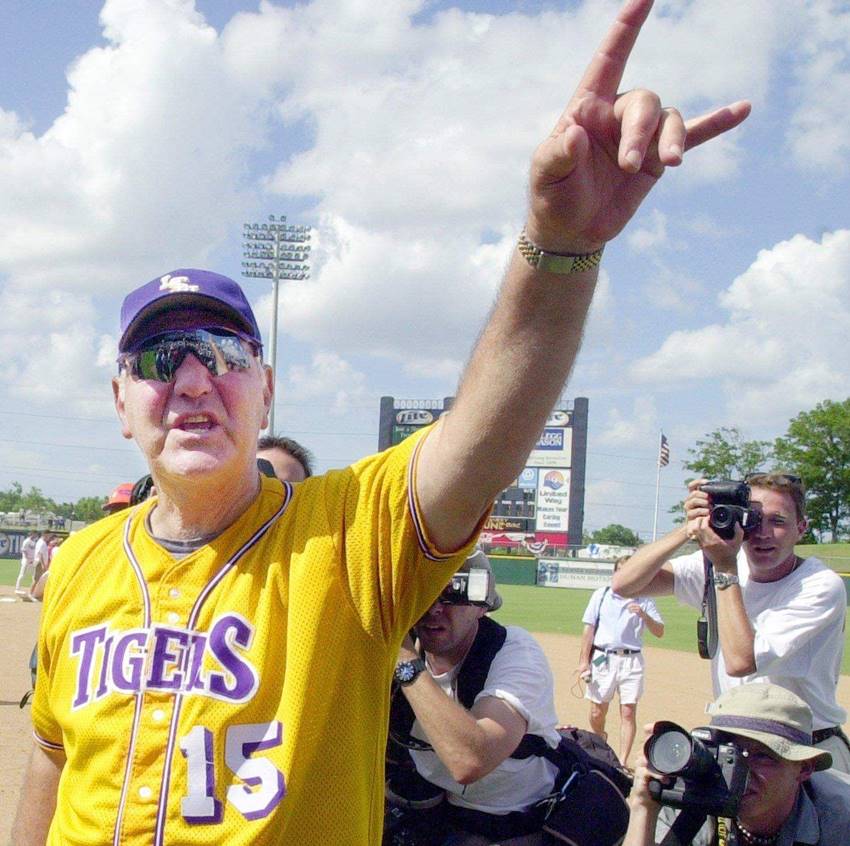 No. 15 – Skip Bertman, LSU baseball coach (1984-2001): Bertman has now been away from the Tiger dugout longer than he was in it, but the legacy he left is still enormous – five national championships, 11 College World Series appearances, 870 career victories. As coach, he started a still-active streak of 25 consecutive years leading the nation in attendance. After he retired from coaching and became LSU’s athletic director, he oversaw construction of the new Alex Box Stadium, which now overlooks Skip Bertman Field. A six-time National Coach of the Year, Bertman is a member of the American Baseball Coaches Association, College Baseball and Louisiana Sports halls of fame.

No. 16 – Wally Whitehurst, UNO baseball (1983-85): Before LSU became a perennial contender to get to the College World Series, the Privateers were the first Louisiana school to reach Omaha, thanks in large part to the right arm of Whitehurst. “The Whip” won 15 games as a sophomore, including a complete-game victory over Mississippi State in the regional final. Whitehurst remains UNO’s career leader in wins (37) and complete games (40). He would go on to pitch seven seasons in the major leagues with the Mets, Padres and Yankees. He’s a member of the Greater New Orleans Sports Hall of Fame.

No. 17 – Steve Van Buren, LSU football (1940-43): The former Warren Easton standout starred at LSU before his Pro Football Hall of Fame career with the Philadelphia Eagles. In his final game as a Tiger, Van Buren lifted LSU to its first-ever bowl victory, rushing for 160 yards and accounting for two touchdowns in a 19-14 upset of Texas A&M in the Orange Bowl. Van Buren was a five-time All-Pro selection in Philadelphia and became the first player in NFL history to have a pair of 1,000-yard rushing seasons. He led the NFL in rushing, scoring and kickoff returns in 1945. He is also a member of the Louisiana Sports Hall of Fame and Greater New Orleans Sports Hall of Fame.

No. 18 – Don Zimmerman, Tulane football (1930-32): A two-time All-American and one of only five consensus All-Americans in Green Wave history, Zimmerman was one of the stars of Tulane’s 1931 team that faced Southern California in the Rose Bowl. In his three years in a Tulane uniform, the Green Wave went 25-4-1. He left Tulane as the career leader in both total offense and interceptions, records that lasted for more than 40 years. In addition to his football skills, he was an SEC champion pole vaulter who nearly made the 1932 Olympic team. Zimmerman is in the Louisiana Sports, Greater New Orleans Sports and Tulane Athletic halls of fame.

No. 19 – Ben McDonald, LSU baseball (1987-89): “Big Ben” made the short trip west on I-12 from Denham Springs as a two-sport standout, playing basketball and baseball for the Tigers. It quickly became evident where his future would be, though, and he focused on the mound, where he was the Golden Spikes Award winner in 1989 and the No. 1 overall pick in the MLB amateur draft by the Baltimore Orioles. McDonald, who pitched nine seasons in the majors with the Orioles and Milwaukee Brewers, had his jersey retired by LSU in 2010 and is a member of the College Baseball Hall of Fame and Louisiana Sports Hall of Fame.