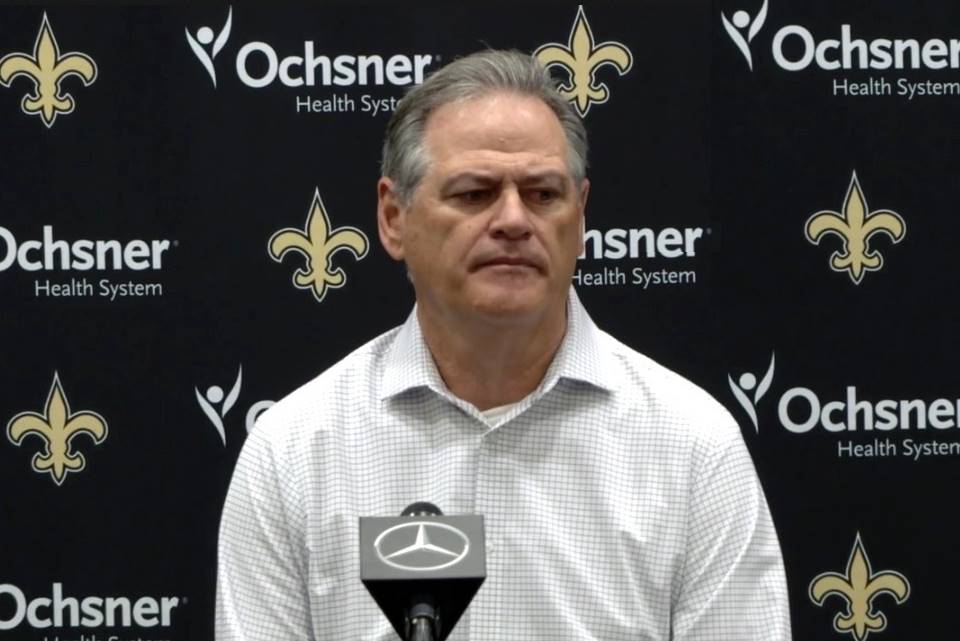 METAIRIE – The New Orleans Saints figure to be bit players in this week’s NFL Draft.

But you never know.

The Saints have just six picks in the seven-round draft. Their first pick is in the second round (No. 62 overall) and that is their only pick among the first 167 selections.

They are short-handed because of a series of trades, but their propensity for trading, especially during the draft, means things could change at some point between the start of the draft Thursday night and the end of it late Saturday afternoon.

“We’ve got less ammunition, less things to trade this year than we’ve had in the past.” General manager Mickey Loomis said Monday at his annual pre-draft news conference.

“So that makes it a lot more difficult.”

New Orleans has traditionally traded up to secure a “targeted player” much more often than it has traded down in order to acquire more picks, though Loomis estimated that he has been able to trade up less than 50 percent of the times that he has attempted to do it.

It was an upward move in last year’s draft that cost the Saints this year’s No. 1 as they sent it along with last year’s pick at No. 27 to Green Bay in order to move up 13 spots and snag defensive end Marcus Davenport.

Trying to re-enter the first round on Thursday night seems all but impossible.

“It’s pretty hard to go from 62 into the first round,” Loomis said.

He added that this is “a pretty deep draft” so “we’re pretty confident that we’re going to get a good player at 62.”

New Orleans’ third-round pick (93rd overall) went to the New York Jets in a trade last August that brought quarterback Teddy Bridgewater and a sixth-round pick (No. 177 overall) to the Saints.

Their fourth-round pick (No. 132 overall) was shipped to the New York Giants last September for cornerback Eli Apple.

The Saints added a seventh-round pick from Cleveland (No. 231 overall) in a trade for defensive tackle Devaroe Lawrence last August.

Loomis said New Orleans has the luxury of being able to focus on the best player available with each selection because the roster strength of the NFC runner-up last season and the signing of six veteran free agents to address primary needs left the team without any glaring holes to fill.

“We have a list of items we want to get accomplished in the offseason and I think for the most part we did that (in free agency),” Loomis said. “We are picking at 62, so it’s a lot tougher to predict who’s going to be available to you.

“When you pick, you’re going to have more than one player that’s graded in the same area and when you do that, obviously you’re going to look (at) the position between those players, but certainly that’s the goal is to be able to pick the best player available to you.”

Tight end and wide receiver are areas seemingly in the greatest need of additional depth.