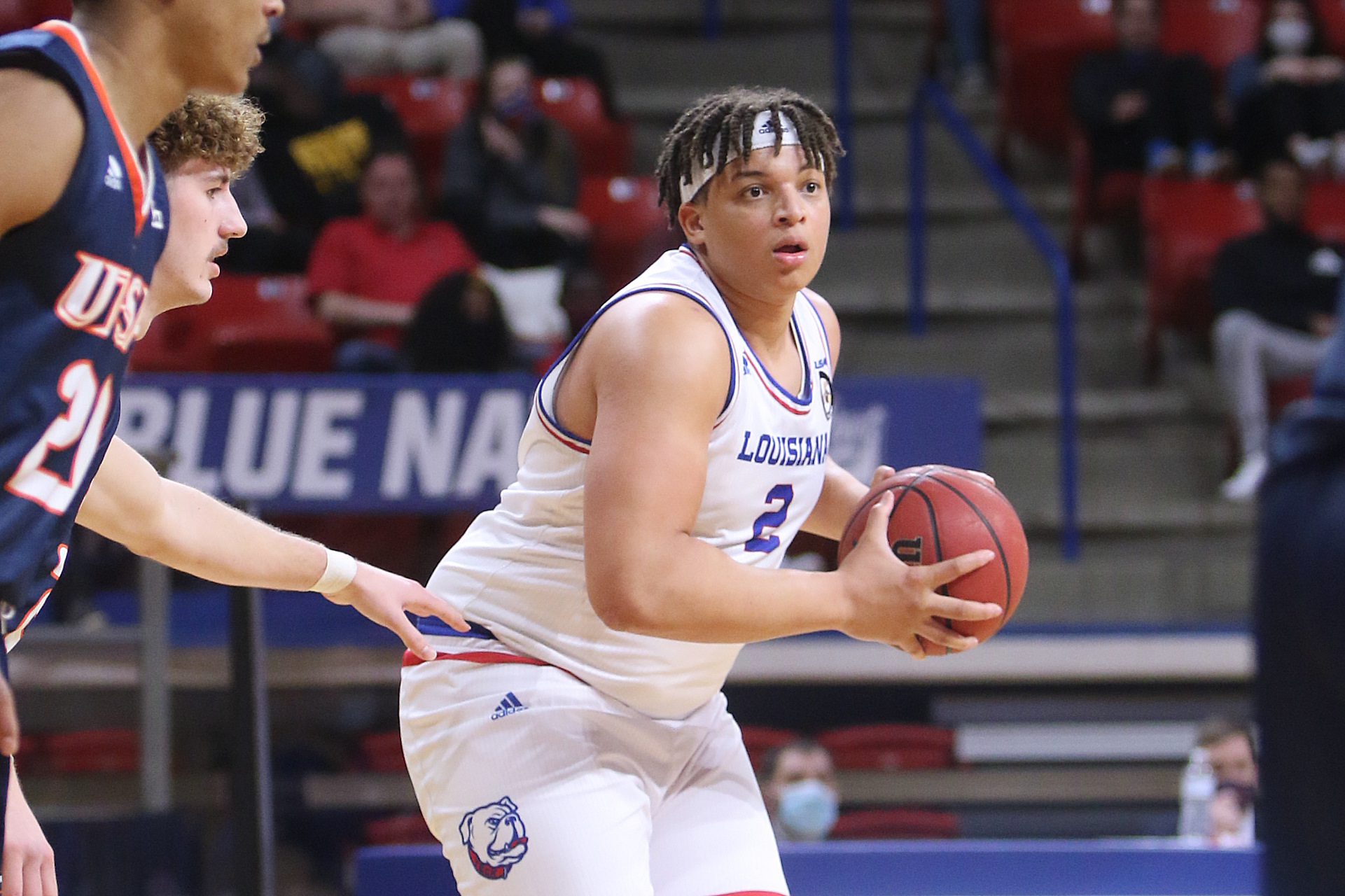 RUSTON – The Naismith Memorial Basketball Hall of Fame announced Thursday that Louisiana Tech’s Kenneth Lofton, Jr. is one of 20 members named to the watch list for the 2022 Karl Malone Power Forward of the Year award.

Named after Class of 2020 Hall of Famer, two-time NBA Most Valuable Player and Louisiana Tech legend Karl Malone, the annual honor in its eighth year recognizes the top power forwards in Division I men’s college basketball. A national committee of top college basketball personnel determined the watch list of 20 candidates.

The Port Arthur, Texas native became just the fifth Bulldog in program history to lead the team in scoring (12.1 points) and rebounding (7.5) as a freshman and the first since Paul Millsap (2003-04).

He registered the most double-digit scoring games on the squad with 22, including 20+ scoring performances, and a team-high nine double-doubles, which ranked second in C-USA and 27th in the country.

The 6-foot-7, 275-pound forward elevated his game against the best. He ended up averaging 20.0 points and 10.8 rebounds per game in the National Invitation Tournament, guiding the Bulldogs all the way to the Final Four. Against the likes of three SEC opponents – LSU, Ole Miss and Mississippi State – Lofton, Jr. averaged 19.7 points and 9.7 boards.

After gaining notoriety around the country as a Bulldog, he gained attention from around the world over the summer after helping Team USA to the gold of the 2021 FIBA U19 World Cup in Latvia.

He ended up leading Team USA in scoring with an average of 13.1 points per game while shooting 64.9 percent from the field (highest by a Team USA player since 2013), all while going up against players like 7-foot-2 Victor Wembanyama of France and 7-foot-4 Zach Edey of Canada.

College basketball fans are encouraged to participate in Fan Voting presented by Dell Technologies in each of the three rounds. Voting will go live on Friday, Oct. 22.

In late January, the watch list of 20 players for the 2022 Karl Malone Award will be narrowed to 10 and then in late February to just five. In March, the five finalists will be presented to Mr. Malone and the Hall of Fame’s selection committee where a winner will be selected.