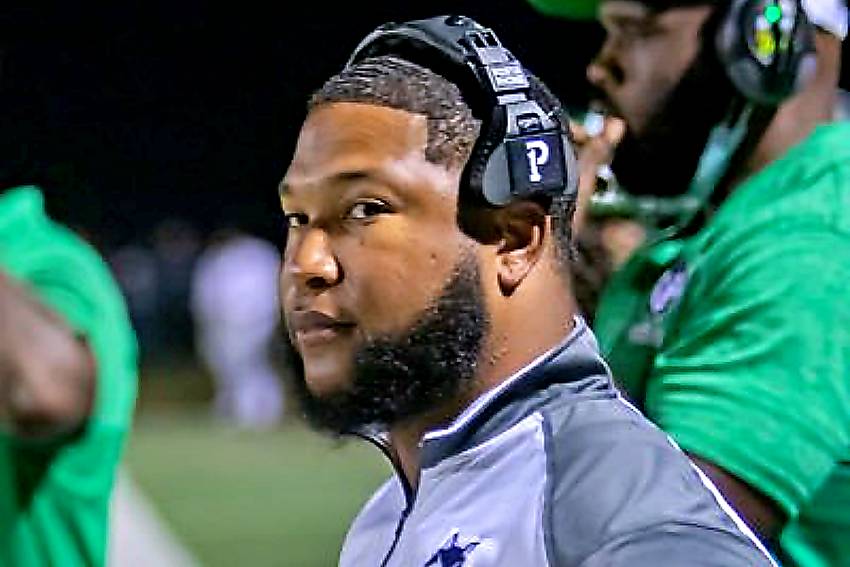 It is a program still in its youthful stage.

Livingston Collegiate has looked the part of anything but a fledgling program in 2022, racing out to a 3-0 record in impressive fashion.

The Wolves, a Class 3A program, have beaten 4A programs Riverdale, Higgins and Douglass.

Most impressively, Livingston Collegiate has allowed just 14 points in three games while averaging just over 30 points per game.

Francois began his coaching career at Southern Arkansas (2015-16) before starting the football program at Jefferson Rise Charter. Francois also served as an assistant at St. Augustine, Booker T. Washington and at Sophie B. Wright.

In his second year at Livingston Collegiate, Francois has the Wolves howling.

“I think we are moving in the right direction with the right administration that is supporting us,” Francois said. “I am also the athletic director so we have what we need to succeed.”

Livingston College looks to make it 4-0 at Pine this Friday night but it will not be easy.

The Raiders are also 3-0, having defeated Varnado, Independence and Pearl River while allowing just 33 points in the three wins.

“I think the success started in the spring,” Francois said. “I think our players understand the commitment it takes to be successful. Our motto is ‘success, love, consistency.’ The guys understand the goal.”

The Wolves have been solid offensively.

“It all starts Tim Wynn,” Francois said. “He’s an awesome leader. He is always first to come and last to leave the building. He’s always pushing everyone to be better. Wide receiver Trey Day has been around for the last for years. He does all the little things correct. He’s a player’s coach.”

The defense has done the job as well.

“Caleb Whins is a transfer from Rummel,” Francois said. “He is just an awesome kid, good up front. His knowledge of the game is amazing. Jared Jones is an excellent linebacker who is the brains of the operation. He keeps everyone is lined up right and makes all the checks. He is a 3.8 student as well. Defensive back Montrell Pye is a junior who can play anywhere in the secondary. He is Mr. Reliable.”

Francois knows Pine will be a challenge.

“It will be a physical game,” Francois said. “They run the Wing-T. We have to be physical defensively and play alignment, assignment football. If we do that, we’ll be successful. Offensively, we feel we can throw it well. A lot of their linemen go both ways. We have to control the pace of the game. It will be a good road test.”