Lions, Tigers and Bears … and Seminoles, Oh My! SLU lands in Auburn Regional 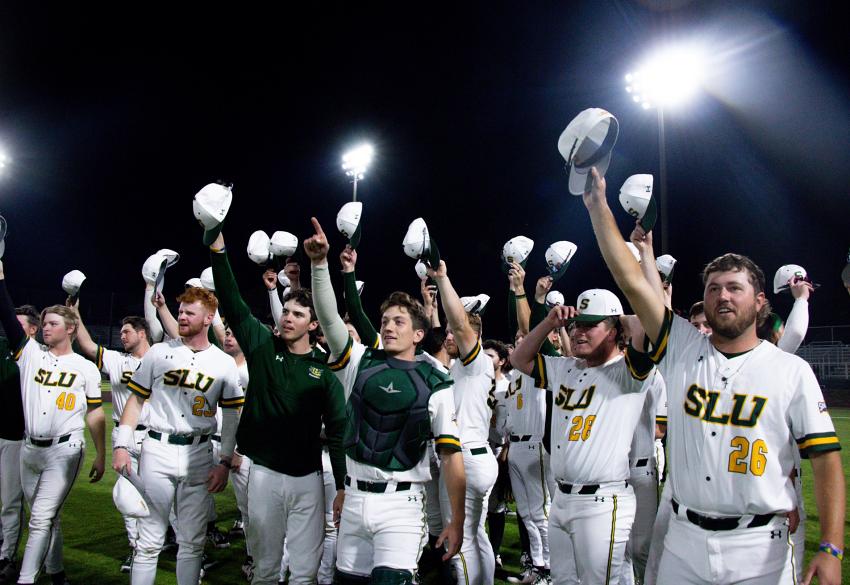 HAMMOND, La. – The Southeastern Louisiana University baseball team has earned an NCAA Regional bid as the Southland Conference Tournament champion and will continue the 2022 season this coming weekend at Plainsman Park in Auburn, Alabama.

Southeastern, the No. 4-seeded team in the regional, will face host and No. 14-nation seed Auburn in the first round, Friday at 6 p.m. CT on ESPN+.

The opening game of the four-team event features No. 2-seeded UCLA and No. 3-seeded Florida State in an 11 a.m. start.

Fans in the Hammond area can listen to SLU game broadcasts online at www.LionSports.net/ListenLive and via the Lions Gameday Experience, Mixlr and MyTuner Radio apps. The MyTuner app is compatible with the Apple CarPlay software available in most late model automobiles. Fans should search for SLU Athletics (Mixlr) or Southeastern Sports Radio Network (MyTuner).

The winner of the Auburn Regional will be paired up with the winner of the Corvallis Regional, which includes No. 3-national seed Oregon State, Vanderbilt, San Diego and New Mexico State.

SLU returns to NCAA postseason play for the sixth time at the Division I level, previously participating in the national tournament during the 1992, 1994, 2014, 2016 and 2017 seasons. SLU earned an at-large bid in its previous two trips.

A limited number of general admission All-Session booklets are available for purchase from the Auburn ticket office for $75. If any tickets remain on the day of games, they can be purchased as single-session tickets for $15.

RADIO SHOW
The next episode of Inside Southeastern Baseball with Matt Riser, presented by Pour House Pizza and Beer Garden, is slated for Monday at 12 p.m. from the restaurant in downtown Hammond. Fans can listen to every show online at www.LionSports.net/ListenLive and via the Lions Gameday Experience, MyTuner Radio or Mixlr apps. The MyTuner Radio app is compatible with the Apple CarPlay software available in most newer automobiles.