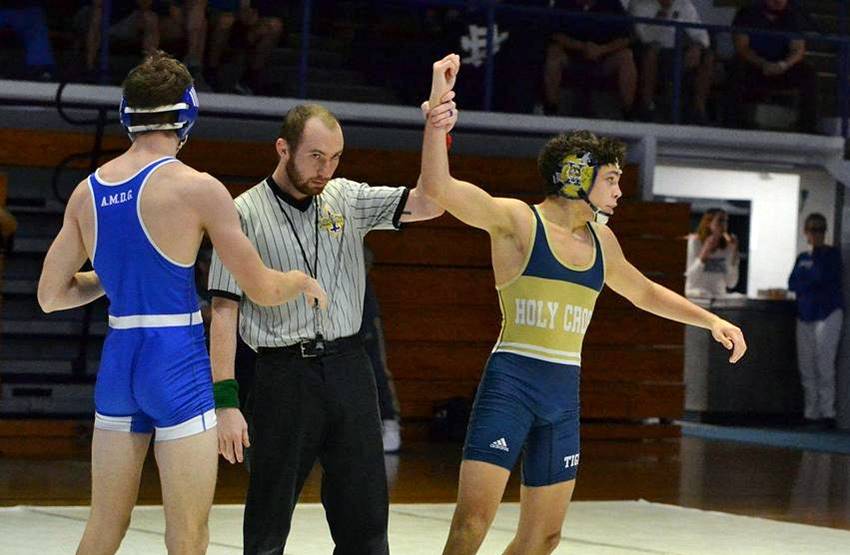 The route of the race may have to be shortened, but the goal of the Louisiana High School Athletic Association is to get to the finish line, executive director Eddie Bonine said Wednesday.

“The thing we’re trying to prevent is not having a championship,” Bonine said less than 24 hours after the LHSAA announced it was suspending the remainder of the regular season in wrestling in advance of the state championship Feb. 26-27 in Baton Rouge.

The abrupt end of the regular season came on the heels of a so-called “super spreader” event at the Louisiana Classic meet in Gonzales Jan. 15-16, in which the Louisiana Department of Health reported more than 20 cases of COVID-19.

“We’re trying to prevent (not having a championship),” Bonine said. “We know more about the virus. We’re doing what we can to take every punch and move forward.”

“We’re able to separate spectators and participants” at the Raising Cane’s River Center, MacDowell said. “We’re not going to have any inter-mingling. We’re fortunate at the River Center to have the entire exhibition hall at our disposal. We’ll keep some separation there.

“There will be no food sales in the arena. Everybody in the stands will be in a mask the entire time.”

Capacity for the event will be 1,800 in the seating area, 600 on the main floor and another 600-700 in the exhibition hall. Tickets will be available online beginning Friday, MacDowell said.

The measures being taken are an effort to change the culture of what is normal at large wrestling events.

Reducing the season, while not the ideal scenario, only brought Louisiana in line with most states in terms of the length of wrestling season, Bonine said. Louisiana in a normal year has a 14-week season, though it can fluctuate – as is the case in 2021 – because of the timing of Mardi Gras. Most states are in the 10-to-12-week range.

The LDH report “raised an eyebrow” as it relates to all indoor sports and not just wrestling, Bonine said. Over the course of the next two months, the association also has championships in boys and girls basketball, indoor track and field and powerlifting.

“The kids are getting punished for what adults did or didn’t do,” Bonine said, adding that to his knowledge, only five athletes from four schools were among the positive tests coming out of Gonzales. “Nobody wants to be the COVID police. We just (administered) a good event in football. We were able to do some things outdoors.”

In the end, the most important thing, Bonine said, is to be able to conduct a championship … and to maintain control of the association’s operation.

“This is for those seniors not losing their season,” he said, “or an agency beyond this agency making a decision for us.”