The Louisiana High School Athletic Association is looking into four New Orleans-area schools who may have violated non-gathering rules in place through June 8 as the state remains in Phase One restrictions in the wake of the COVID-19 pandemic.

Executive Director Eddie Bonine confirmed to Crescent City Sports Tuesday that the LHSAA has been presented with and has gathered solid information on three schools, while a fourth remains under investigation. Bonine would not name the schools.

The investigation of three of the schools is complete, Bonine said, and it includes information that includes videos and pictures. The evidence on the fourth school conducting a workout away from its campus is still being gathered and validated.

“We were given video and picture evidence of schools potentially violating the one-to-four ratio,” Bonine said, “and having contact with kids specifically in the city (New Orleans) where they are not supposed to be out anyway.

“I have reached out to the administrators of the three schools asking for a response,” Bonine added. “All but one have responded in satisfactory fashion to my office.”

The LHSAA issued a memo on May 17 to all of its member schools detailing penalties for schools that violated the rules put in place and the penalties are potentially numerous and severe. 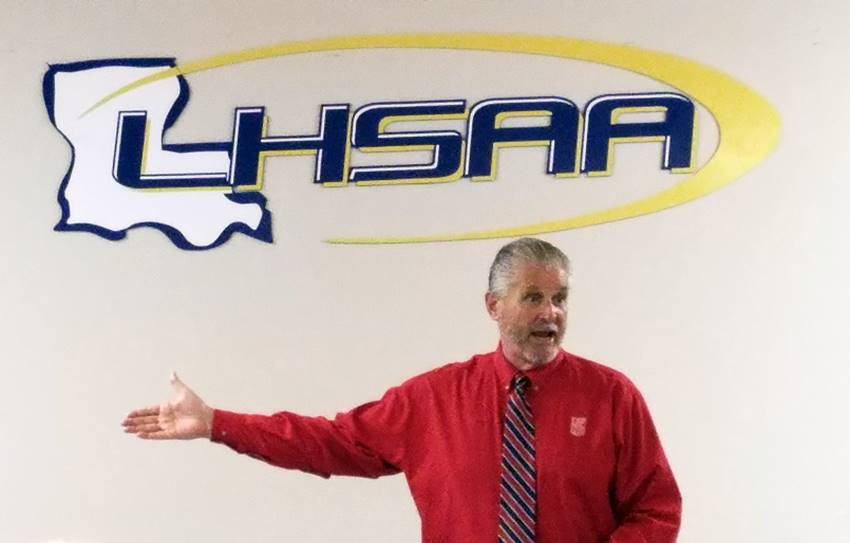 Sanctions include placing a school on probation, suspending a school from the LHSAA or from participating in specific LHSAA sports for up to a year, fines of up to $2,500, along with the cost of any hearing/investigation.

“The letter said ‘Please don’t put me in a position where we have to be involved in a punitive manner’,” Bonine said.

Bonine said the investigations would be reviewed next week.

“We will review it June 3,” he said, “and (the schools) will get to come in front of our executive committee on June 24 if we are able to meet in person and explain why they felt they needed to do what they were doing.”

Bylaw 5.11.14 lists an extensive set of penalties which could be assessed to any schools found guilty.

“At that point,” Bonine said, “I would obviously levy a penalty and it’s not going to be pretty.”