LHSAA forfeit rulings cause an even bigger playoff mess 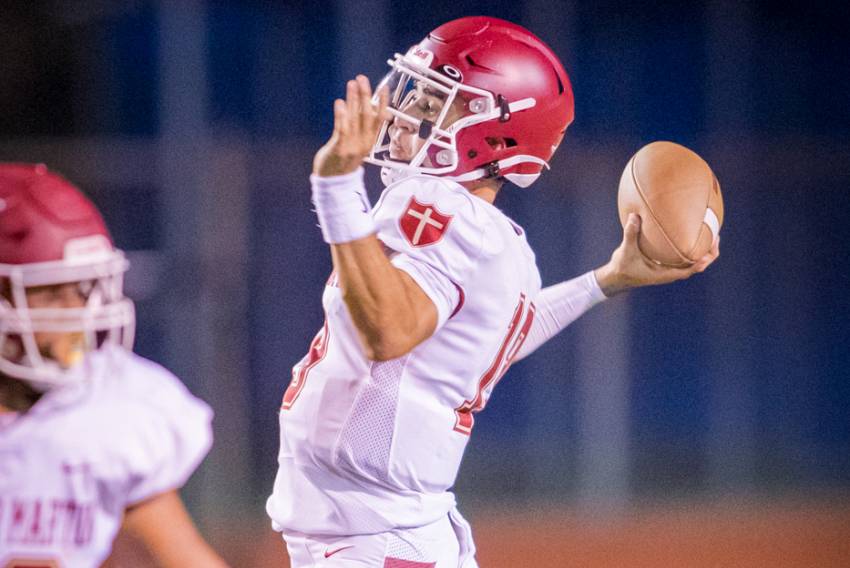 The LHSAA football playoffs are under way – and they are an even bigger mess than usual.

Reluctantly we have learned to live with the silly select/non-select structure that creates nine championship brackets in a state doesn’t have enough high school-football programs to warrant that many brackets.

We continue to dream that at some point the school principals responsible for this folly will someday prioritize the experience of their student-athletes, ditch the current system and allow select and non-selects schools of comparable enrollment to reunite.

But a more pressing issue has arisen with this year’s playoffs, and it’s a result of the LHSAA’s punishment of Brother Martin and De La Salle for those schools’ usage of players later deemed by the LHSAA to have been ineligible.

Both schools insist that the players were improperly ruled ineligible and they supplied paperwork that they believe supported that stance as part of appeals that were denied by the LHSAA.

This isn’t about the validity of the LHSAA’s ruling, but rather about its manner of administering punishment.

The LHSAA bases its seedings on power points – a formula that factors in wins and losses, strength of schedule and a willingness of schools to challenge themselves by scheduling non-district opponents from higher classifications.

The purpose of the power points is to have an objective method for evaluating teams so they are rewarded appropriately for their performance on the field.

But the forfeits that were instituted in these cases skewed the formula – and the seedings.

By turning victories into defeats based on the participation of an ineligible player – perhaps inadvertently – throws a monkey wrench into the entire system.

The power points-based seedings attached to Brother Martin and De La Salle are by definition inaccurate reflections of the quality of their on-field performance because the outcomes of half their seasons were determined not on the field but by an evaluation of academic paperwork.

Brother Martin’s punishment cost it a first-round bye this week and so it will be facing Rummel at 7 p.m. Friday in a “road” game at Joe Yenni Stadium. If the Crusaders advance by beating a team they already beat 45-14, their next game (against Byrd) will be on the road, another result of the adjusted seeding.

Sure the loss of a bye and playing away from home instead of at home are consequences for using an ineligible player. But such obstacles seem insignificant to a team that was steamrolling toward at least a No. 2 seed and has been even more impressive since the application of the sanctions.

Same with De La Salle, which faces Teurlings Catholic on the road, a more challenging task than it would have had without the forfeits. But the Cavaliers also have been dominant since being punished – beating Kenner Discovery (43-6) and Thomas Jefferson (56-0).

The seedings that Brother Martin and De La Salle would have had without the forfeits are far better indicators of who they have been on the football field this season and who they are as they take the field in the post-season, than the adjusted seedings that taint the Division I and Division II brackets.

What about Byrd, which earned the No. 3 seed on the field and must face the real No. 2 seed in its first game?

What about Teurlings Catholic, which earned the No. 6 seed (and the No. 11 opponent) on the field but must face the real No. 3 seed in its first game?

And then what about Hahnville, which on grass and turf earned the No. 12 seed in Class 5A, but was assigned the No. 21 seed on paper because its non-district game against De La Salle is now considered a game against a 2-6 team, instead of the 6-2 team that De La Salle really is?

Teams that faced Brother Martin or De La Salle in the regular season have had their seedings skewed – either because they gained a forfeit victory after losing on the field, or having their power points altered because the formidable foe they faced is inaccurately being deemed less formidable than their regular-season performance demonstrated.

The power-point system is designed to objectively evaluate teams’ resumes and reward them with the appropriate post-season opportunity.

But several innocent bystander teams have been assigned a post-season opportunity that isn’t a fair reward for the seasons they have had.

The LHSAA has determined that the power-point system is the best method for evaluating and rewarding teams for their on-field performance.

But that system falls apart when sanctioning guilty schools for their transgressions also punishes innocent schools.

If the transgressions are egregious, then disqualification from post-season play would be appropriate.

If the transgressions are relatively minor – which these certainly seem to be – then a lighter sentence – perhaps a fine, perhaps a suspension – targeted at those responsible for them would be appropriate.

The protection of innocent teams and the integrity of the seeding system demand it.